It looks like we’re all going to be waiting a while for the legal showdown between Telegram and the United States Securities and Exchange Commission. A district court in New York has said the next hearing will be held on Feb. 18 and 19 next year. The defendants have been ordered not to “offer, sell, deliver, or distribute” Gram tokens until the proceedings are concluded. All this comes a week after the SEC alleged that Telegram had violated U.S. securities laws during its initial token offering, which raised an estimated $1.7 billion. In other news, investors must now decide whether they are prepared to delay the launch of the Telegram Open Network until April 30, 2020 — and they are being given until Wednesday to make up their minds.

Sometimes in life, support can come from the most unexpected of places. Facebook found that this week when the Bank of England’s Mark Carney defended the social network’s decision to pursue its digital currency. While other central banks have come out firmly against Libra, the governor said Facebook is simply trying to address the shortcomings in the traditional financial system that have lingered for too long. Carney believes modern day transactions should be instantaneous, virtually costless and 100% resilient — all things that have proven elusive in the digital age. That said, the financier did stress that thorough regulation is needed before Libra launches, or else the stablecoin cannot proceed. In other developments this week, the not-for-profit Libra Association held its inaugural meeting in Switzerland. That came despite seven prominent members — including Booking Holdings, Visa, eBay, PayPal and Mastercard — abandoning their seats at the table.

Changpeng Zhao is confused. Why, we hear you ask? Well, because Binance Coin (BNB) has dropped more than 50% from the all-time highs it achieved back in June. This was despite Binance generating estimated revenues of $185 million in the third quarter of 2019. While CZ acknowledged there has been some fear, uncertainty and doubt swirling around in the industry of late — with Bitcoin (BTC) prices taking a tumble — the exchange CEO added: “I think (in my biased view) our results out-shine them all. Yet, the price of BNB did decline. Markets often confuse people, even me sometimes.”

From Binance to Brave now, the crypto-powered web browser that has had some more promising news this week. New figures show it has 2.8 million daily active users — and it has also enjoyed a substantial increase in the number of creators who have subscribed to its advertisement network. The optimism didn’t seem to end here, with the company claiming it currently has “extremely high” levels of platform engagement, with clickthrough rates that are seven times higher than the industry average. Last month, it also emerged that the Brave browser had overtaken industry behemoths such as Firefox, Opera and Chrome in Japan.

And a very warm welcome to all our Hodler’s readers around the world! Well, er, except Russia. Cointelegraph’s domain has been added to a registry of blacklisted sites — meaning it has become widely inaccessible across the country. Although CT has been on a list of blocked sites for a couple of years now, this appears to be the first time that restrictions have been imposed at a technical level. The developer of a popular Russian anticensorship browser extension said it is unclear why this has happened now, but fears it is proof that the government’s systems are becoming more powerful. Regulators have yet to comment on why the block has been enforced. 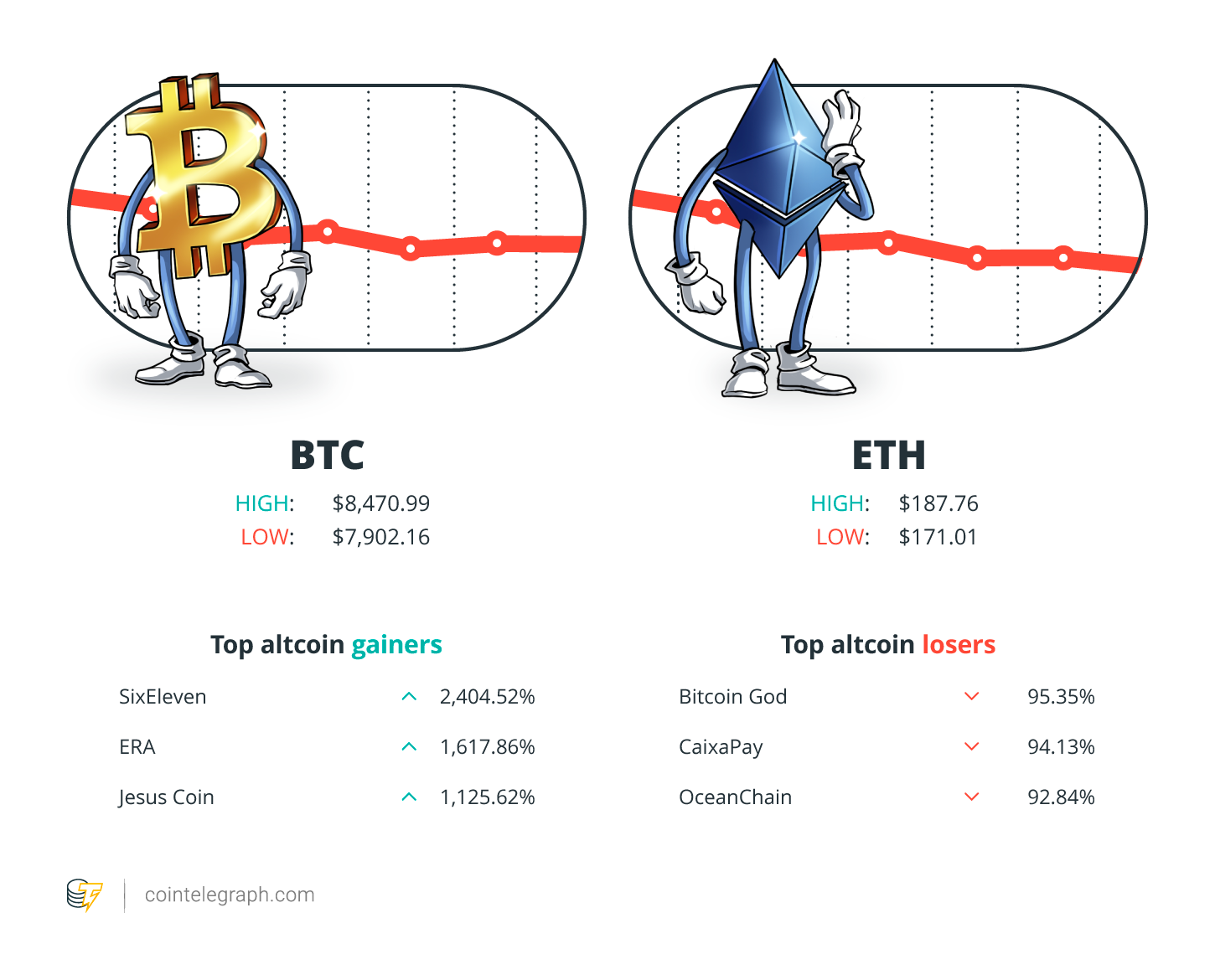 “I’d take the U.S. dollar over any one of your shitcoins.”

“The price of BNB did decline. Markets often confuse people, even me sometimes.”

“This Friday the 18 millionth Bitcoin will be mined. There are only #3MillionLeft.”

“Consumers need to be cautioned that stablecoins are likely to be starkly different from sovereign-issued currency in legal terms.”

“It is profoundly disappointing that my colleagues chose to address your peers in such an ominous tone, which I fear may put a chill on innovation in the long run.”

“If Visa and Mastercard want to issue cards for Libra wallet at a later stage, they can still do it without being members of the association.” 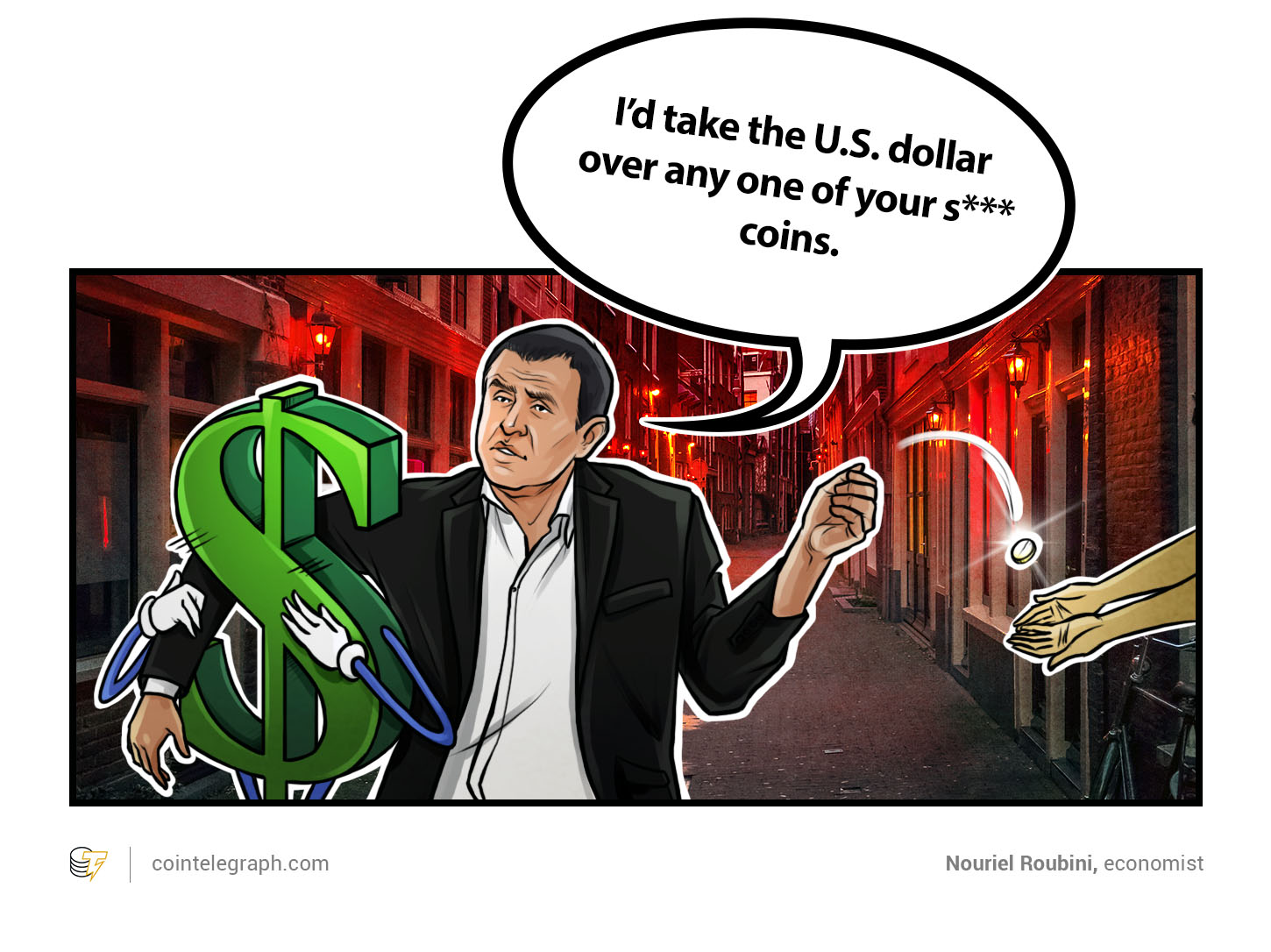 As much as Mark Carney’s remarks may be reassuring to Facebook, the other Mark — i.e., Zuckerberg — still has plenty to worry about. Just look at a poll that came out this week that indicates just 27% of Germans aged 16 and over would ever consider using Libra for payments at home or abroad. Most of those who were against the stablecoin said it was because they didn’t trust Facebook as a company, or because they only trust state-controlled currencies like the euro. Unsurprisingly, the company enjoyed the most support in the 22–34 age group.

Hackers use malicious code in WAV audio files to mine cryptocurrencies

You may think that a WAV audio file is innocuous, but new research suggests you should disabuse yourself of this notion — and fast. A software company has uncovered malicious code hidden in recordings so hackers can mine cryptocurrencies without a victim’s knowledge. It is believed the criminals behind the malware have the potential to earn thousands of dollars a month. Those affected by the cryptojacking may be blissfully unaware that they have been targeted because the WAV files often contain music with no discernible quality issues or glitches.

It all began when a manager at the Houston Rockets declared solidarity with anti-Beijing protesters in Hong Kong. But the tweet quickly escalated into a row that put revenue worth billions of dollars at risk for the NBA — with Chinese television channels pulling broadcasts of basketball games in protest. Wednesday showed that the furore is also having an effect on other big brands, something that’s being taken seriously, given how China is the NBA’s most profitable market outside of the U.S. The price of crypto tokens backed by Nike’s Air Jordan sneakers crashed by more than 10% this week — meaning it is down by more than a third since that ill-fated tweet was sent. Many basketball fans in mainland China are said to be furious by what has happened, suggesting it could take time for things to be smoothed over. 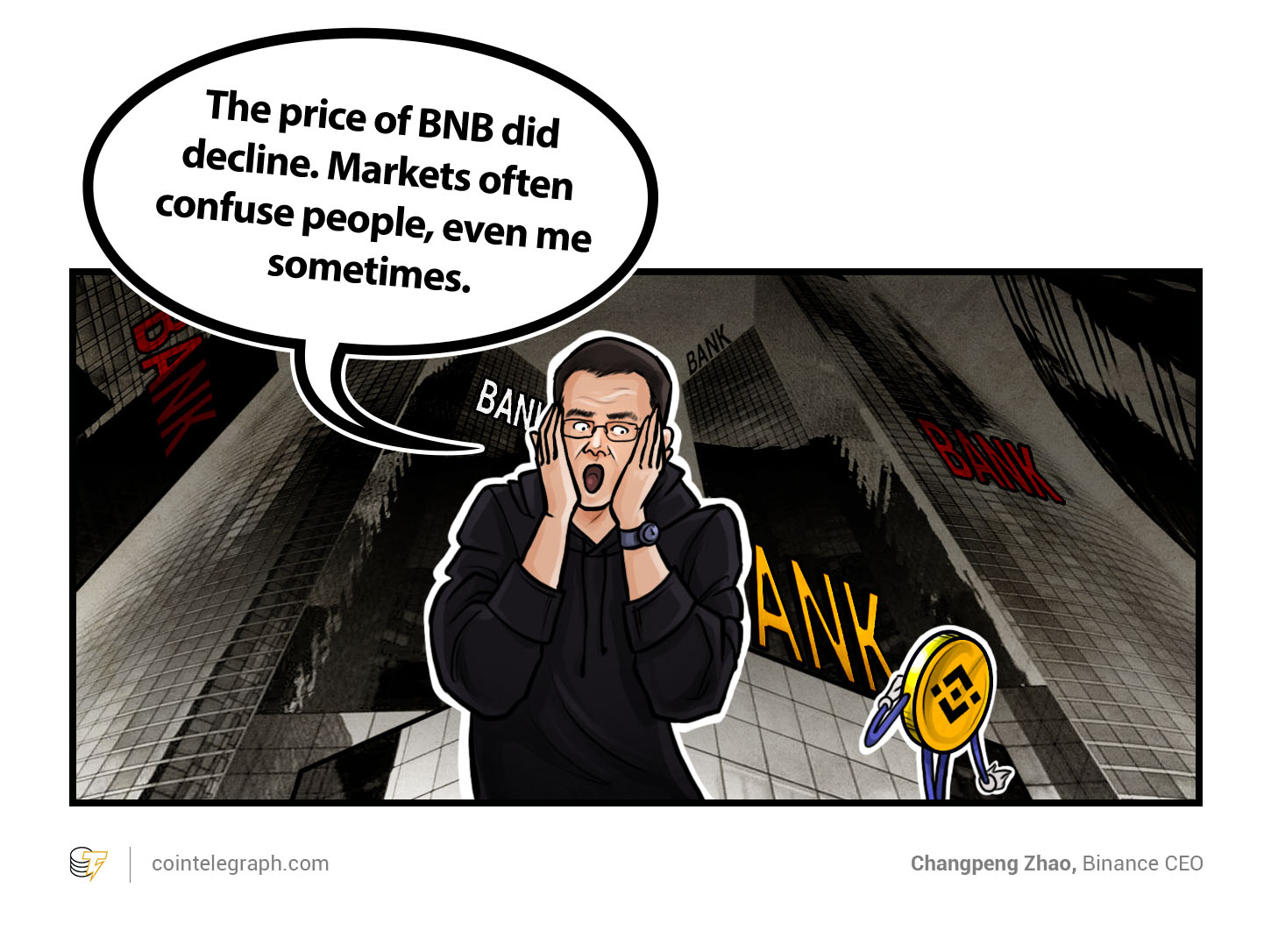 The NBA scandal wasn’t the only mainstream media story to overlap with the crypto world this week. The closure of the biggest-ever child sexual exploitation market made international headlines, with hundreds of arrests made worldwide and 23 abuse victims rescued. U.S. law enforcement agencies were able to locate and shut down the illicit market, known as Welcome to Video, by analyzing BTC transactions. Pornography videos on the platform were sold in exchange for Bitcoin. It is estimated that the site may have had at least 1 million users, as each account was given its own unique BTC address upon registration.

TON’s “force majeure” clause — Is Telegram about to refund investors?

Telegram’s foray into crypto is in limbo after the crippling blow by the SEC. Investors are worried that a “force majeure” clause in the purchase agreement for Gram tokens could mean the company is able to shirk its obligations to return funds from the sale in the event of a delay. Henry Linver has more.

Ethereum futures: The next big derivative to hit the market?

Last week, the new U.S. Commodity Futures Trading Commission Chairman Heath Tarbert suggested that ETH-related futures contracts and other derivatives could become a reality in the near future. Andrew Singer looks at if, and when, a new market could emerge.

A Japanese minister recently confirmed that crypto donations are not subject to financial regulations, even though pledging cash or donations to politicians is illegal. Sritanshu Sinha looks at where things stand worldwide, and asks whether crypto donations would serve as more of a marketing ploy than an effective fundraising tool.