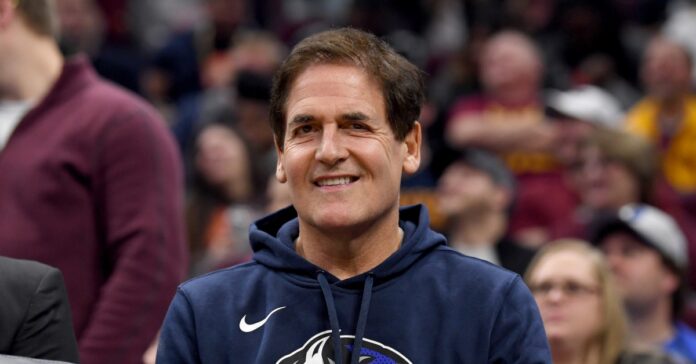 Mark Cuban is best known as the billionaire owner of the Dallas Mavericks, a staple on Shark Tank, and – in some circles – an occasional commentator on bitcoin.

“Watching the cryptos trade, it’s EXACTLY like the internet stock bubble. EXACTLY,” Cuban tweeted in January, on the heels of BTC’s jump above $40k. Many saw the thread as bearish on bitcoin, or even bitcoin-hostile.

“As during the dot-com bubble ‘the experts’ try to justify whatever the pricing of the day is. Crypto, much like gold, is a supply and demand driven. All the narratives about debasement, fiat, etc are just sales pitches. The biggest sales pitch is scarcity vs demand.”

Renowned bitcoin skeptic (and goldbug) Peter Schiff poured gasoline on the fire, replying, “The difference is that some of those early internet stocks actually had real value. So they survived and ultimately thrived. None of the cryptos have any real value so there will be no winners. They will all lose.”

Mark Cuban’s actual take on bitcoin? It can be tough to pinpoint and for many, Cuban’s take matters. It has weight. When people like Cuban give BTC an endorsement or a swipe, this adds or subtracts legitimacy in the eyes of the. non-crypto-twitter crowd.

And that’s why Cuban’s Wednesday tweet, in the midst of GameStop mania, raised eyebrows.

Whatever the billionaire’s misgivings about the bitcoin market, he’s all-in on NFTs and other blockchain-based ideas for his Dallas Mavericks. “You can sell anything digital using NFT,” he tells CoinDesk, hinting at plans to sell an array of digital goods soon.

We know that Cuban has bought bitcoin and still owns bitcoin, but we also know that he once said, “I’d rather have bananas than bitcoin,” as he “could eat bananas – bitcoin, not so much.”

Then again, his take is more nuanced. Even in his ranty “EXACTLY like the internet stock bubble” thread, he took the time to reply to Schiff, offering a quasi-defense of crypto: “What value does any collectible have other than in the eye of the buyer? Why would a digital collectible be any different?”

Cuban has always had a nose and gift for provocation. This is, after all, the same Mark Cuban who once got into a fake fight with a fake referee as an April Fool’s Joke, was slapped with a $500,000 fine for an on-court tirade, and did his own stunts on the set of Sharknado 3, where he played the President of the United States, because of course.

These taunts seem to continue with bitcoin. Could we have a … President Mark Cuban? In early January, he tweeted that he’ll run for president if the price of bitcoin cracks $1 million. Specifically, “I’ll run if BTC gets to $1m AND we can get commitments to donate 350 BTC to the Treasury each of the 4 yrs so that we can give 1 satoshi to every citizen each yr, that they must hold for 10 years. How’s that sound :)”

So what’s actually going on here?

Is Cuban a bitcoin skeptic or bull?

Is he serious about running for president?

To clarify his thoughts on bitcoin and the overall blockchain space, I exchanged a few emails with the billionaire entrepreneur. He shares some advice on what to when HODLing, reveals that the Mavericks have plans for NFTs, says he sees potential in DeFi, and for those of you hoping for a Cabinet position in the Cuban Administration – sorry – he admits he was mostly “screwing around.”

Oh, and as for the overall blockchain space? Cuban thinks “the upside is truly unlimited.”

CoinDesk: My understanding is that you bought bitcoin way back in the early days of Coinbase, and still haven’t sold. (Congrats, btw.) Is this accurate?

Mark Cuban: I actually was given some back then. I bought some along the way.

How have your thoughts on bitcoin evolved since then?

Cuban: Hasn’t changed a bit. I never thought it was anything more than a store of value.

You’ve tweeted that “Along the way MANY fortunes will be made and LOST and we find out who has the stomach to HODL and who doesn’t. My advice? Learn how to hedge.” Can you unpack what you mean, exactly, by learning how to hedge?

Cuban: Most people can’t handle volatility whether it’s stocks or crypto. But more importantly as the price of BTC goes up there is an increasing pressure.  It’s hard to spend $35k on a single BTC and not get nervous.

What do you mean by pressure?

Cuban: The same pressure that comes with any investment. What will I do if it goes down. And the “oh fuck, this shit just dropped 10k dollars in 5 hours, WTF!” “My wife is going to kill me,” or “That’s more than I made in 3 months.” That kind of pressure.

Now imagine you just borrowed $100k against your house, because your friend told you BTC could go to $100k by the end of the year. You borrow, you buy let’s say 3 BTC on Coinbase. But what you didn’t tell your friend is that you can’t afford the payments on that BTC loan. [You think] it only goes up. So you plan to sell a little bit of the BTC every month to pay it off. You get the confirmation. You are all excited because the last week it’s been going up $3k a day or more! Then boom. Shit craters to $28k, and you just lost $15k in 15 hours. You are still having to make that loan payment. And you are freaked out.

Cuban: Now some people would say they should have known better. But it’s not that it’s different than the stock market; the same thing can happen [with equities]. But this is why I said it’s like the internet stock boom.

People were rushing in, thinking it could only go up. That the internet stocks would not go down. Until they did and people got crushed.  One minute you are a millionaire on paper, the next minute your loan on your house gets called.

And the same happens to professional investors as well. They margin because the trend is their friend, and then it’s not. It blows up on them. HODLers don’t care. They have their stash already. But to everyone else getting involved, the volatility is high stress.

If you are going to play the game you have to know how to use options, even though they aren’t that liquid. Even if it’s just selling some of the volatility with calls as a way to cover some of your downside.

Interesting. Have you done this?

Cuban: This isn’t something I have done yet, but it’s something I certainly have explored.

You also said in the same twitter thread that “the biggest sales pitch is scarcity vs demand.”… That BTC, by its design, is scarce, and people want it, so when more people want it, the price goes up. But is that a bad thing? Isn’t that a feature, not a bug? In other words, how is gold any different?

Do you think bitcoin will ever be used for anything outside of an investment vehicle?

Cuban: Sure. If DeFi and BTC can evolve together in a manner that allows BTC to effectively be a bank account without the bank. That creates utility for BTC. But right now there are so many products being created, it’s going to be the wild west for a while

How about ETH? It seems like there are many potential use cases, no?

Cuban: I like ETH. Obviously it’s a primary foundation for DeFi, and we will see what happens with ETH 2.

The Carolina Panthers’ Russell Okung is now being paid in bitcoin. Have any Dallas Mavericks expressed interest in being compensated in bitcoin? Do you think that’s something more athletes will pursue in the future? If so, would you be open to it?

Cuban: He isn’t really getting paid in crypto. He converts his cash. It’s a non-event but a fun story.

You’ve famously (and hilariously) said that you would run for president if BTC hits $1 million. [Note: Cuban added some additional stipulation, that “we can get commitments to donate 350 BTC to the Treasury each of the 4 yrs so that we can give 1 satoshi to every citizen each yr, that they must hold for 10 years.”] Were you just screwing around, or are you serious?

Cuban: Screwing around, but I do think every American citizen should have a digital account that can hold money, stocks, and any digital currency / crypto.

Cuban: Depends on how many people and institutions replace gold with BTC, and whether DeFi becomes a real bank alternative that anyone can use. The problem is that the whales control the game. There are not enough big owners of bitcoin.  Too much is in too few hands. That creates market liquidity and market-maker challenges.

You’ve said that bitcoin is not a hedge against doomsday scenarios.  Can you elaborate on why?

Cuban: Why is it? Just because the narrative is it’s a hedge doesn’t make it so, any more than gold is a hedge against inflation.

Thoughts on the DeFi boom?

Cuban: It has a shot. We have to get through the wild west period, but there is so little friction in transactions vs traditional banking. If they can get away from fear of KYC and other regulations, and let the products leverage their advantages, it really could change banking, dramatically.

But I’m not sure that BTC is the beneficiary. It’s too volatile. It’s hard to make a deposit of $200 dollars and then in three hours it’s worth $175.

Which, in turn, goes back to the efficiently of the markets and exchanges.

If they can get away from fear of KYC and other regulations, and let the products leverage their advantages, it really could change banking, dramatically.

In 2018, you told CoinDesk that the Mavericks would begin accepting bitcoin and Ethereum in the following season. What happened with that plan?

Cuban: I wanted to see how many people wanted to use it as a currency. Next to nobody did.

Do you see any future for blockchain in the NBA, or sports in general? Tokenization projects? A MAVS coin?

Cuban: Digital goods for sure.

Can you give a few potential examples?

Cuban: You can sell anything digital using NFT. We can sell virtual Mavs gear, sneakers, art, pictures, videos, experiences, anything our imagination can come up with we can sell. We are looking at adding virtual jewelry, accessories and clothing that we create to real pictures in social media. So you can add cool Mavs virtual sneakers, that look as real as the ones on your feet, to your posts.

The challenge is creating the market. It’s starting to build up some with sneakers, art and special event pictures, but it can and should be so much more. I just don’t know when it becomes a real business. But this is an area I’m looking to invest in.

Anything you learned about the blockchain space from your experience backing the ICO launch of Unkoin Gold?

Cuban: I wasn’t active in that at all.

What’s your hope for bitcoin and the blockchain space?

Cuban: The upside is truly unlimited. It is a platform for any number of amazing applications that outperform their traditional finance counterparts. 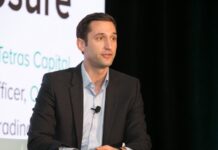