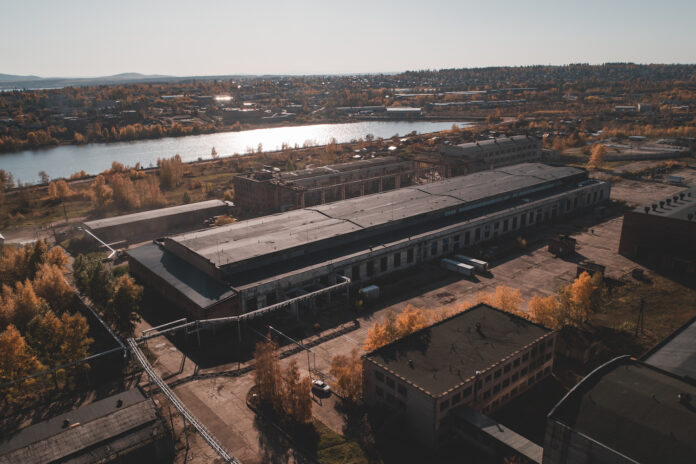 Binance is looking to consolidate more bitcoin mining hashrate to its pool in Russia and the Central Asia region.

The world’s largest crypto exchange is deploying a physical server node for its pool at BitRiver, the largest bitcoin mining hosting provider in Bratsk, Russia. The move would give miner owners at BitRiver who choose to switch to Binance a better connection and direct route to its mining pool, the two firms said in an announcement Friday.

In return, Binance would gain exposure and access to customers who run their machines at BitRiver, which currently operates mining facilities at a capacity of 70 megawatt-hour (mWh) out of a full capacity of 100 mWh.

According to the Bitcoin mining map compiled by the Center for Alternative Finance, affiliated with the University of Cambridge, the current monthly average hash rate from miners in Russia is at 6.08% of the network’s total, with a slight growth from 5.93% that was reported in September 2019.

Similarly, miners in Kazakhstan are estimated to contribute to 3.14% of Bitcoin’s total hash rate, which has grown from 1.42% that was recorded in Q3 last year. Meanwhile, the map shows China’s average Bitcoin hash rate dominance has dropped slightly from 75% recorded in Q3 2019 to now 71%.

Currently, nine out the 10 biggest bitcoin mining pools by hash rate are either home-grown companies in China or owned by crypto exchanges with strong roots in the Chinese market.

If assuming on average customers at BitRiver are using relatively more state-of-the-art bitcoin mining machines, like Bitmain’s AntMiner S17s or equivalent models with an efficiency level of about 50 watt per terahash second (W/T), BitRiver’s bitcoin mining farms could boast a total hash rate of over 1,000 petahash per second (PH/s).

While that level of hash rate may only account for about 1% of the total computing power on Bitcoin, the deal underscores Binance’s strategy of absorbing bitcoin miners in different regions – with somewhat aggressive pricing plans since its launch – into its exchange functions, including spots, futures and margin trading.

“Binance Pool offers a highly competitive fee structure to institutional-scale miners, who are the customers of our data center,” Igor Runets, CEO at BitRiver said in the announcement.

He estimates that up to 50% of the farms’ hash rate from its customers may switch to Binance Pool, following the deal. These clients will mostly switch from the Bitmain controlled BTC.com pool, Runets added.

The two parties did not disclose whether or how Binance is offering discounted fees to attract customers at BitRiver. But lower-than-market rate is one of the key measures that Binance has taken to stir up the Bitcoin mining pool competition even though the revenue made from such business is negligible compared to its trading side. Binance is also reaching out to the miners in Kazakhstan, two of them told CoinDesk.

The exchange rolled out its bitcoin mining service in late April, has amassed around 7,000 PH/s of Bitcoin hash rate and is currently the eighth-biggest bitcoin mining pool, following its competitors Huobi and OKEx.

It adopted the so called Fully-Pay-Per-Share (FPPS) model and initially offered zero fees and right now charges less than 2.5%. But in some cases, the fee offered to large-scale miner operators can be below 1%. Meanwhile, other major bitcoin mining pools like F2Pool and PoolIn have reduced their fees from previously 4% to 2.5%, although larger customers also do have the flexibility of a further discount.

The FPPS model means a pool only charges an agreed fee for the block subsidy in every block it mined and then distribute the block subsidies as well as transaction fees to miners proportionally based on their contribution.

Based on a Binance Pool business proposal deck CoinDesk obtained, the exchange categorizes its miner customers into nine levels. Those with over 500 PH/s are labeled as VIP9, the highest ranking, which would equal to a VIP9 in its trading business, who are offered an exchange trading fee of as low as 0.015%.

Bitcoin blockchain data shows Binance Pool has mined 485 blocks as of writing since it went live with total block subsidies of over 3,000 bitcoin. Even at a 2.5% fee, the fees generated would be around half a million dollars.