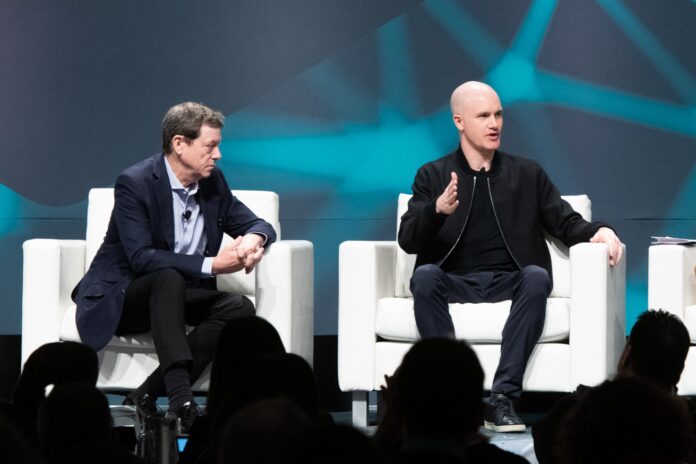 Coinbase has scheduled its first-ever investor day for Aug. 14, amid rumors that the crypto exchange is exploring a public stock listing.

It is unclear, however, whether the virtual event is related to the rumored efforts to go public. A Coinbase spokesperson confirmed the meeting is coming but said it was meant simply “to facilitate a wider understanding of cryptocurrencies and blockchain technology.”

“This will not be a traditional investor day, but rather an opportunity to hear our perspective on the cryptoeconomy and learn about Coinbase’s role in the ecosystem,” said the spokesperson, Daniel Harrison, in a prepared statement. He declined to provide further details.

Reuters reported earlier Thursday that Coinbase was seeking legal teams in advance of filing for a public offering with the Securities and Exchange Commission (SEC), ahead of a direct listing. In a direct listing, shareholders in the private market are able to sell their holdings though the company itself does not issue new shares or raise additional money.

An investor day can often be a harbinger of a planned direct listing, as Jamie McGurk, a former operating partner at Andreessen Horowitz (a16z), wrote on the venture capital firm’s blog lost year.

“The company will invite investors to their Investor Day, where they will publicly talk about the company and financial results – though still only about historical performance,” wrote McGurk (now a managing partner with Coatue Management), noting that this takes place about five weeks prior to the first trading day.

A16z, it should be noted, is one of Coinbase’s investors, including leading its $25 million Series B round in December 2013.

Direct listings allow existing shareholders, such as venture capitalists, to trade their equity in a public market without the company itself selling any new shares. Silicon Valley darlings Slack and Spotify previously followed this route, which minimizes the use of traditional Wall Street middlemen.

Such a route does not preclude a later public offering. In fact, it can make them more successful.

“If further financing is needed in the future, the company now has access to the public capital markets as a seasoned issuer, which is one of the primary benefits of being public anyway,” McGurk wrote.

One person with knowledge of the upcoming meeting said a direct listing would make sense for Coinbase now, with many people in crypto anticipating an upward trajectory to the market soon.

As newer companies like Compound and Kyber use innovative methods to extend ownership of their platforms to users, a direct listing would be the most cost-efficient way to provide Coinbase users with access to shares in the company, the source noted, while still adhering to its legal structure.

Since its founding in 2012, Coinbase has raised a total of $547 million, according to Crunchbase. Its Series E round, in October 2018, valued the company at $8 billion. The San Francisco-based company boasts more than 35 million users and would be the first major U.S. crypto startup to go public, if it were to pursue a listing.