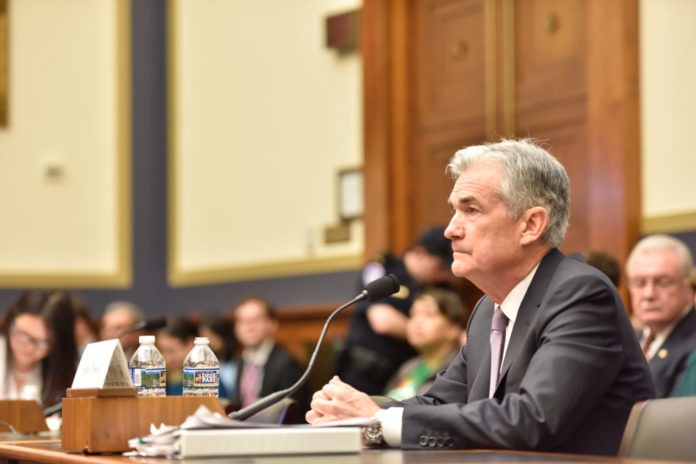 In a letter sent to Federal Reserve Chairman Jerome Powell, Rep. French Hill (R-Ark.) and Rep. Bill Foster (D-Ill.) outline concerns they have about risks to the U.S. dollar if another country or private company creates a widely used cryptocurrency, and ask whether the central bank is looking into creating its own version.

First reported by Bloomberg Law, the letter details how the Fed has the right to create and manage U.S. currency policy.

“The Federal Reserve, as the central bank of the United States, has the ability and the natural role to develop a national digital currency,” the Congressmen wrote, adding:

“We are concerned that the primacy of the U.S. Dollar could be in long-term jeopardy from wide adoption of digital fiat currencies. Internationally, the Bank for International Settlements conducted a study that found that over 40 countries around the world have currently developed or are looking into developing a digital currency.”

Indeed, there have been some calls for the global financial system to move away from the dollar. Most notably, Bank of England governor Mark Carney suggested that a digital currency backed by a basket of other financial instruments might help nations make this shift.

In Monday’s letter, Foster and Hill wrote that cryptocurrencies are currently used for speculative purposes in the U.S., but their use may “increasingly align with that of paper money in the future.”

The U.S. should not rely on private companies to develop digital currencies, they wrote. The letter specifically mentions the Facebook-led Libra stablecoin.

“The Facebook/Libra proposal, if implemented,” the congressmen wrote, “could remove important aspects of financial governance outside of U.S. jurisdiction.”

The letter goes on to mention recent cryptocurrency efforts by J.P. Morgan and Wells Fargo.

The letter asks a number of questions, including whether the Fed is currently looking into developing a digital currency, whether there are any contingency plans if digital fiat currencies gain traction, what legal, regulatory or national security issues might prevent the Fed from developing a digital currency, what market risks or other issues might result from a Fed cryptocurrency and what benefits there might be to the project.

Hill and Foster are not the only individuals to suggest that the Fed might benefit from creating its own cryptocurrency. Last year, former Federal Deposit Insurance Corporation Chair Sheila Bair also recommended the Fed look into creating a digital currency as a way of avoiding being disrupted by the private sector or another nation.

The Federal Reserve is also looking to create a real-time payments system, though it is unclear whether there will be a cryptocurrency-like aspect to it.

In the letter, the Congressmen suggest that it might even be an urgent matter for the Fed, writing:

“With the potential for digital currencies to further take on the characteristics and utility of paper money, it may become increasingly imperative that the Federal Reserve take up the project of developing a U.S. dollar digital currency.”

A message left with the Federal Reserve’s press office was not immediately returned.