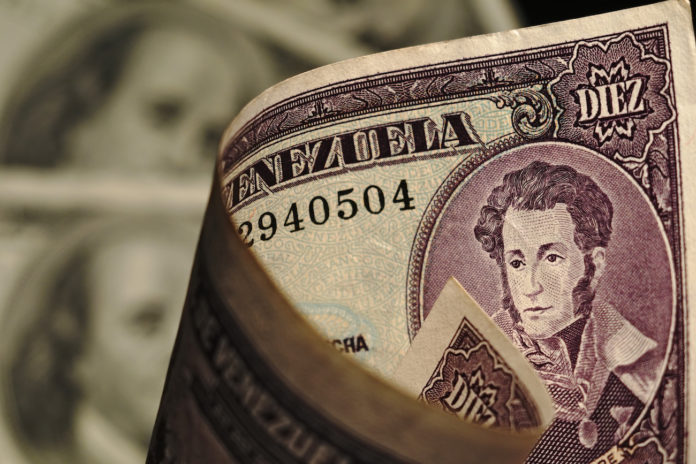 J.P. Koning, a CoinDesk columnist, worked as an equity researcher at a Canadian brokerage firm and a financial writer at a large Canadian bank. He runs the popular Moneyness blog.

Dollarization isn’t what it used to be.

When a local currency – lira, pesos, kwacha or whatnot – gets replaced by a foreign currency (almost always the U.S. dollar) the issuing nation is said to have dollarized. U.S. paper currency was once the main vehicle for dollarization.

But Venezuela, the most recent nation to undergo dollarization, has updated this framework. In addition to adopting U.S. paper currency, Venezuelans have found a novel way to digitally dollarize. Unfortunately, the providers of these digital dollars – U.S.-based Zelle and the banks that offer it – don’t seem terribly happy about this state of affairs.

Most dollarizations have followed a script that begins with a hyperinflation of the local currency. Locals desperately turn to the ubiquitous U.S. paper dollar as a way to save, express prices and make payments.

Paper dollars don’t start circulating immediately. They have to be imported. People stuff them into their suitcases when they fly in from the U.S. Others sneak bills over the border in trucks. The subterfuge is necessary to evade exchange controls, which local authorities often impose in a last-ditch way to stop hyperinflation. But these blockades don’t really work. The dollars seep in anyways.

Eventually, enough paper dollars get imported into the economy that the local currency is displaced. And, voila, dollarization! This happened in Ecuador in 2000 and in Zimbabwe in 2008. It came close to happening in Argentina in the 1990s. And it is happening now in Venezuela. Venezuelan bolivars, which are losing value at a rate of around 2000%-3000% per year, are being progressively bodied out by U.S. dollars.

Venezuela’s experience is different from previous dollarizations, however. Your grandfather’s dollarization – the ones that occurred in the 1990s and 2000s – pivoted around paper currency. Venezuelans have become much more tech savvy over the last decades. Cash isn’t as useful as it used to be. Venezuelans don’t just want to paper dollarize; they want to digitally dollarize.

There’s a big impediment to digital dollarization in places like Venezuela. The U.S. Federal Reserve doesn’t issue a digital version of the U.S. dollar.

Although Zelle is meant for U.S. usage only, Venezuelans have repurposed the network as a way to make dollar payments among each other. Large Venezuelan supermarket chains including Excelsior Gama, Automercados Plaza’s, Unicasa and Central Madeirense have enabled Zelle as a form of payment. Cafes and restaurants accept it. So do taxis.

Ecoanalítica, a macroeconomic analysis company, recently tracked over 15,000 transactions in 10 different Venezuelan cities including Caracas, San Cristóbal and Puerto Ordaz. Around 56% of these transactions were conducted in U.S. dollars. According to Asdrúbal Oliveros, an economist at Ecoanalitica, 12% of all transactions were processed by Zelle. Those are impressive statistics. The fact that Zelle payments are free has no doubt promoted usage.

But much of this activity infringes on Zelle’s terms of service. Zelle specifies that its network is “intended for personal, not business or commercial use.” This means it’s okay to use Zelle to split up restaurant bills with friends or send $200 to your daughter to buy university books. But it’s prohibited for grocery chains or taxi companies to accept Zelle payments.

This contradiction between Zelle’s stated purpose and the role to which Venezuelans have drafted it, came to a head last week. Wells Fargo, a large U.S. bank, notified many Venezeulan account holders their connection to Zelle was to be terminated. Venezuelans quickly took to Twitter:

Before long the suspensions made national news. According to some media reports, Wells Fargo suspended service because usage was “not consistent” with its intended use. Venezuelans like Oliveros worry that other U.S. banks will follow Wells Fargo’s lead. If so, this would put an end to VeneZelle.

For now, Zelle still works for many Venezuelans. But if access were to be entirely cut off, what other routes might be available to digital dollarization?

One option is for local banks to cobble together their own U.S. dollar digital payments systems. This seems to be happening already. According to Reuters, cash-heavy businesses like grocery stores have started to keep U.S. banknotes in custody at Venezuelan banks. These banks let their customers make U.S. dollar cash transfers to other bank customers. Because cash is expensive to store and handle, this nascent dollar system is terribly expensive to operate. Banks charge 1%-2% a month for this service. Transferring cash to another customer costs 1% of the amount.

U.S. dollar stablecoins like Tether, Paxos, or USD Coin could be recruited by nations suffering from hyperinflation.

If Venezuelan banks could send banknotes back to their U.S. bankers and hold a dollar deposit instead, the system would be much more efficient. The Panamanian payment system – which is dollarized, too – functions on these lines. However, U.S. sanctions prevent Venezuelan banks from keeping accounts at U.S. banks.

A number of commentators want the Federal Reserve (“the Fed”) to create a digital form of the dollar. This could be Fedcoin, a digital version of U.S. paper cash, or FedAccounts, an account at the Fed that anyone could open. Both options would help people fleeing hyperinflation to digitally dollarize. Neither seems unlikely, however, since the Fed is worried that issuing a digital form of the dollar could hurt the U.S. banking system.

Which means that for now, private enterprise will probably have to act as the vehicle for digital dollarization in places like Venezuela.

In the future, U.S. dollar stablecoins such as tether, paxos, or USD coin could be recruited by nations suffering from hyperinflation. Over the last few months, there has been a big jump in the number of stablecoins issued. Unlike Zelle, these privately issued blockchain-based versions of the U.S. dollar do not put many limitations on usage. Anyone can open a wallet and receive or transmit these tokens. And, unlike bitcoin, which never really attracted much usage in Venezuela, a stablecoin doesn’t suffer from white-knuckle price fluctuations. (Bitcoin could still be part of the story. Colombia-based startup Valiu plans to offer bitcoin-backed, synthetic dollar savings accounts, for instance.)

Or, maybe ad-hoc patchwork efforts like VeneZelle will continue to be the preferred route to digital dollarization. They are awkward and not very legal, but these creative workarounds seem to have captured Venezuelans’ attention – at least as long as Zelle and its bank owners allow it.