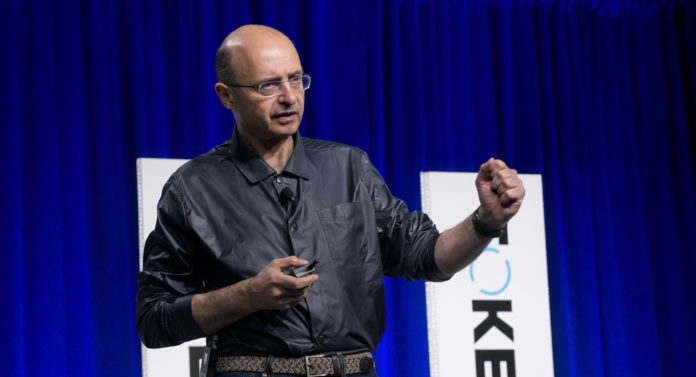 This post is part of CoinDesk’s 2019 Year in Review, a collection of 100 op-eds, interviews and takes on the state of blockchain and the world. William Mougayar is the author of “The Business Blockchain,” producer of the Token Summit, and a venture investor and advisor.

When it comes to US cryptocurrency regulation, one school of thought says it’s worth waiting for Congressional action to deliver a friendlier regulatory environment, resulting in a re-energized blockchain market and underlying entrepreneurial activity.

Another viewpoint, which I share, says Congress provides no magic pill or panacea due to the long time it takes to pass new acts and bills. Instead, we need to seek modernized interpretations of current regulation, especially securities laws under the SEC’s purview.

There is little hope in seeing a new cryptocurrency or blockchain-related act emerge from the House or Senate in the next 12 months, if not longer. This is election year, so attention span is elsewhere. Also, we need to factor in the ongoing distractions on omnipresent geopolitical, economic or social agenda items within the United States and beyond. The blockchain faces all of these preceding and competing priorities.

In eight decades of history, the SEC has been moved by a relatively small number of new pieces of legislation. From the independent agency’s web site: the Securities Act of 1933; the Securities Exchange Act of 1934; the Trust Indenture Act of 1939;Investment Company Act of 1940; the Investment Advisers Act of 1940; the Sarbanes-Oxley Act of 2002; the Dodd-Frank Wall Street Reform and Consumer Protection Act of 2010; and the Jumpstart Our Business Startups Act of 2012.

Since the Securities Act of 1933, there have been only seven other acts, four of which came before 1940, followed by three more after 2002, and none for more than 60 years in between. That’s an average of one act per decade. Based on this, it is hard to imagine a dedicated financial blockchain act emerging in 2020.

There is a common pattern to these acts: they tend to be reactionary outcomes to significant incidents. The Securities Act of 1933 and the Securities Exchange Act of 1934 were born of the severity of abuses that led to the crash of 1929. The Sarbanes-Oxley Act of 2002 was prompted by the Enron scandal. The Dodd-Frank Wall Street Reform and Consumer Protection Act of 2010 was concocted in the aftermath of the 2008 global financial crisis.

The Facebook-Libra mid-2019 announcement caused a blip in the political attention scale. After Congressional Hearings July-October, the House of Representatives proposed a new Bill to establish the treatment of managed stablecoins under the 1933 Securities Act, titled “Stablecoins Are Securities Act of 2019.” This bill was squarely aimed to limit the wingspan of the Libra project. However, it faced immediate criticism. It was rushed and resulted in also being a potential threat to other existing stablecoins. This proposed bill was throwing the baby with the bathwater.

Since 2013, there have been approximately 100 blockchain or FinTech related legislative proposals, not including state bills (Source: Digital Asset Affairs). The five that passed mentioned blockchain in minor ways. In fact, proposed bills have an average success rate of 2-5%. There is a lack of support required to muscle in legislative change, despite the valiant efforts of industry organizations such as the Coin Center, Blockchain Association and Digital Chamber of Commerce. Bills and acts are forever dying on the proverbial Capitol Hill vine.

Why No Rulemaking for Blockchain?

A quick scan of the SEC’s Rulemaking Index for 2019 points to a long list of 36 Proposed or Final Rules for amending or updating a variety of activities on topics such as Accredited Investor Definition, Cross-Border Applications for Security-Based Swap Requirements, Exemptions from the Proxy Rules for Proxy Voting Advice, Payment Methods Modernization, Modernization of Regulation S-K items, and several other subjects.

There is a lack of support required to muscle in legislative change.

These were very specific and prescriptive updates, some of them going as far as including updates to the EDGAR filing manual.

The sad irony of this finding is two-fold. First, none of these rulemaking updates included anything about blockchain or cryptocurrency. Second, this activity seemingly took place without an attachment to new legislation, i.e. the SEC acted on their own, based on market feedback and the desire to continuously modernize their oversight processes.

Sadly, the SEC has not shown a similar degree of willingness to create modern interpretations for cryptocurrency with the same vigor and intensity they have given other aspects of the securities laws.

Instead, the SEC resorted to occasionally releasing haphazard guidance statements (that were not even consistent with each other), initiating dozens of investigations, and launching a few lawsuits or enforcement actions. All and all, the SEC gradually left the industry craving for more clarity or prescriptive guidelines that could have taken into account the innovative implications of token-based projects who were gasping for air and clamoring to see the light of day under a friendlier regulatory climate.

Regrettably, no added insight, clarity or lessons have resulted from this enforcement-led strategy and agenda. The SEC kept implying there was nothing new here, that the existing securities laws were good enough, and that companies should line-up to follow these rules.

But companies did not line up to spend $2M in legal fees to follow a Reg A+ process, as the SEC might have wished. Instead, the majority of US-based projects either folded their ambitions or fled to more clement international jurisdictions.

Companies did not line up to spend $2M in legal fees to follow a Reg A+ process.

We learned in 2019 that Reg A+ is not the model. Only two companies filed under that process (Blockstack and YouNow); only Blockstack has launched an offering. Fast-forward to now and Blockstack’s token value is trading at one-third of its offering price, having lost money for consumers who were investors.

Ironically, filing under the SEC rules was an argument used by the SEC to pinpoint the lowering of risks and losses. This shows that even if you followed the (expensive) SEC regulatory process, consumers would not be immune to potentially losing their money. Of course there are many other success factors in play, but the SEC is not so attuned to these nuances. This also suggests that cryptocurrency and blockchain technology deserve their own share of rulemaking.

Is Hester Peirce Our Only Hope?

It would be wrong to assume that everyone at the SEC is oblivious about the blockchain. Commissioner Hester Peirce has been a breath of fresh air, and perhaps the only visible hope that the SEC might one day improve their positions.

Through her many speeches, Commissioner Peirce has given the industry hope and a glimpse of what a blockchain-friendly SEC could be doing.

For example, this short passage from a recent speech entitled Broken Windows: Remarks before the 51st Annual Institute on Securities Regulation, sums up the somber reality we are in:

“I am concerned about how the SEC has regulated this space because I believe our lack of a workable regulatory framework has hindered innovation and growth. The only guidance out of the SEC is a parade of enforcement actions and a set of staff guidance documents and staff no-action letters…Of particular concern is that these enforcement actions and guidance pieces, taken together, offer no clear path for a functioning token network to emerge.”

What The SEC Could Have Done

Many individuals in the blockchain industry would rejoice at the thought of Hester Peirce becoming the next SEC Chair, along with the anticipation that a change of leadership would usher a positive shift in US regulatory strategy.

While we shouldn’t hold our breath for new Congressional action on cryptocurrencies. But, while we are still stuck with a complacent SEC stance, we could dream a little about what a better regulatory climate for cryptocurrency could have looked like.

Here is a list of potential actions that could have been undertaken by the SEC:

As well as making concrete action, the SEC needs to answer two vexing, but fundamental questions, which it mostly avoids:

Why are there no modernized rulemaking updates for cryptocurrency and blockchain technology?

Why are the recommendations and ideas behind many of Hester Peirce’s speeches not being followed up by the SEC?

The blockchain novelty aspect is starring the SEC in the eye, but they remain in a state of denial that something is new here.

The world was expecting the US to lead on regulatory guidance for blockchain technology, but the SEC has not answered the challenge. Instead, we are faced with a panoply of local regulatory positions from 130 countries that are as diverse as their peoples, while being difficult to reconcile for the average entrepreneur who must think global.

There is no point “HODLing” hope for new Congressional legislation, but we can wish for a new chapter of more enlightened SEC leadership.