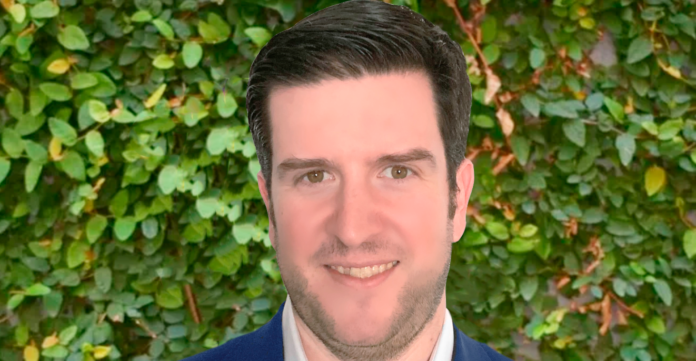 This post is part of CoinDesk’s 2019 Year in Review, a collection of 100 op-eds, interviews and takes on the state of blockchain and the world. David Nage is the Principal at Arca, a full service digital asset management firm.

“It is always wise to look ahead, but difficult to look further than you can see.” – Winston Churchill

Recently Jill Carlson wrote a piece for CoinDesk that inspired me to think through counterarguments to the points she shared. Much of the following is based on 100 in-depth interviews during the last year for Base Layer, my podcast. While I am a strong proponent of diversity in thought and opinion, and Jill is one of the most respected investors and thinkers in digital assets, I disagree with her piece for two reasons. One, I believe the time and scale of review doesn’t properly factor where in the maturation cycle things in digital assets are. And two, I believe it diminishes the work being done in the infrastructure of digital assets to propel adoption.

When I talk to my former peers in the family office world, I often discuss parallels between digital assets and past periods of technological innovations. The digital asset ecosystem needs to evaluate its progress (or lack thereof) against the historical diffusion of innovation. Below I discuss some key project updates with releases this year, showing maturation of the technology ecosystem.

A quick incidental point first. Jill’s article is titled “cryptocurrency is most useful for breaking laws,” which is apt. As Jérôme Blanchart describes in his book “Crimes of the Future,” criminals have always been early adopters of new technology. For example, the Bonnot Gang, a French criminal anarchist group that was active in the 1910s, were among the first to make use of a getaway car after their armed robberies. The police would pursue them were on bicycles or horseback.

In the early to mid-90s, I remember getting my family getting a first home PC, connecting a modem and hearing that horrible dial-up sound when signing onto AOL. It didn’t always connect and, many times when it did, it was painfully slow. I remember ugly hyperlinked websites and thinking “no way am I putting a credit card into this and buying something.” Then in ‘97-’98, when I got to college, second generation websites started popping up with better UI/UX. There was vastly better developer tooling, improved infrastructure, encryption and regulatory clarity. I think a lot of people who question crypto and blockchain now forget, or didn’t experience, these early days.

Jill writes about how we are collectively evaluating digital assets and makes a determination that: “I think perhaps we have been judging cryptocurrencies’ success (or lack thereof) according to a false metric. We would not judge a fish by its ability to climb a tree.”

Our judgement is marred by our collective time scales and expectations. We have become a society of “now.” Venturing outdoors to rent a movie, buy food or other household supplies has been replaced by a click of Netflix, Postmates and Amazon Prime. We expect to plug in a device or download an app and for it to work perfectly. In the early days, we just hoped we didn’t blow up our computer.

Because of our on-demand mentality, we have lost patience.

This shift in mindset to “on-demand” has altered our idea of how quickly things should happen, and in my opinion, has negatively affected our perspective on digital assets and blockchains. Most blockchain technology appearing now started as academic theory 20 or 30 years ago. For example, zero-knowledge proofs were first conceived in 1989 by Shafi Goldwasser, Silvio Micali, and Charles Rackoff in their paper “The Knowledge Complexity of Interactive Proof-Systems.”

In 1968, Douglas Engelbart gave what is known as “The Mother of All Demos“: a live demonstration featuring the introduction of a complete computer hardware and software system called NLS. The 90-minute presentation demonstrated almost all the fundamental elements of modern personal computing: windows, hypertext, graphics, efficient navigation and command input, video conferencing, the computer mouse and word processing. It wasn’t until the late-1990s that home computers with all of these capabilities entered our homes and workforces.

Jill says digital assets don’t provide “marginal improvements” on legacy financial services and systems and that “often blockchain-based systems will fail when compared to more conventional, centralized solutions.” However, in my opinion, there are companies and projects in the works that address problems in the financial system. To paraphrase Marc Andreessen, I believe we just entering the Netscape phase of digital assets.

Wyre, a company that predominantly uses the bitcoin blockchain, cuts the time and expense of cross border payments. While banks take up to three days and charge between 4-6% for international money transfers, Wyre completes transactions in less than six hours, charging less than 1%.

One of the more important developments in 2019 was the mainnet launch of Cosmos, an interoperable blockchain protocol that began work five years ago. It facilitates the transfer of data between existing chains creating an internet-of-blockchains. Prior to 2019, we have had disparate, distributed and decentralized systems being built to handle file storage, query, search and more – components necessary to build robust applications comparable to Web 1.0-2.0. Those components need to talk to each other and, without protocols like Cosmos, that becomes fairly impossible.

In a similar vein, 0x is a protocol that facilitates the peer-to-peer exchange of Ethereum-based assets. It released Version 3 to it protocol this year, an upgrade that will deepen liquidity for the DeFi ecosystem and improve the developer experience of building on 0x.

Meanwhile, projects are improving how they handle governance: the ability to get distributed groups of network facilitators to work together. Aragon is one of the most important projects in the space and after two years of design, development, and testing, the Aragon Client went live on mainnet for the first time near the end of 2018. By September 2019, Aragon One shipped Aragon 0.8 featuring a vastly improved on-boarding and user experience.

This year Parity led the way with a major advance in Substrate, Parity Technologies’ blockchain framework. Substrate’s modular architecture abstracts away as much blockchain development as possible, freeing teams to focus on crafting their project’s unique business logic. It could have a similar impact as Wix, which launched in 2006, making website development simple and easy for anyone.

Argent shipped a “radically better crypto wallet,” targeting one of the major pain points in crypto (seed phrases). It has shown that you can be self-custodial/decentralized. Argent uses a system called Guardians, where you can pick any ethereum address to help recover your wallet. Guardians can also lock it and approve transfers over your daily limit. Now, if you lose your phone, you can recover your wallet in a couple of taps.

People who claim “nothing has happened yet,” or that digital assets and blockchains only have limited use cases such as breaking laws or social contracts, only see patches of the quilt. Because of our on-demand mentality, we have lost patience. We expect things to work immediately. But this build-out is a tectonic shift, not only for those building and participating in these new applications and platforms, but for the people who will eventually use them. It takes time.