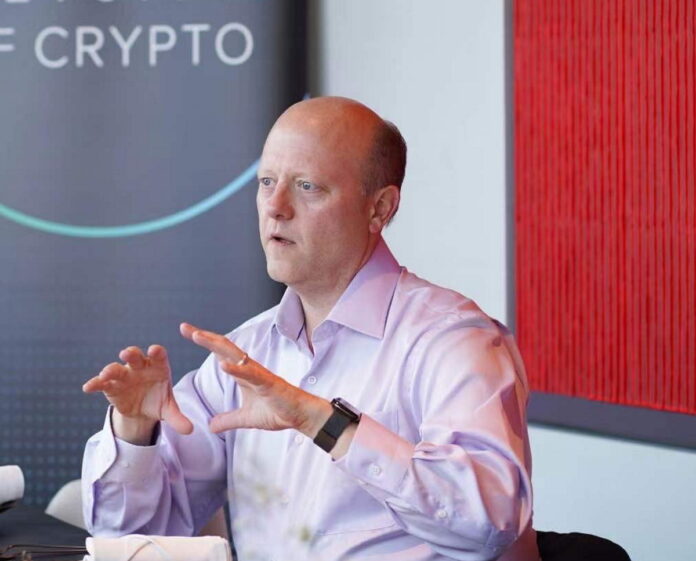 The CENTRE Consortium blacklisted a USDC address in response to a law enforcement request, freezing $100,000 worth of the stablecoin, a spokesperson said Wednesday.

CENTRE, which issues the dollar-pegged USDC on top of the Ethereum blockchain, confirmed the move, though Circle spokesperson Josh Hawkins, speaking on behalf of the joint Circle-Coinbase operation, said he could not provide any specifics about the blacklisting, which appears to have occurred in mid-June.

“Centre can confirm it blacklisted an address in response to a request from law enforcement. While we cannot comment on the specifics of law enforcement requests, Centre complies with binding court orders that have appropriate jurisdiction over the organization,” the company’s statement said in its entirety.

A transaction on Etherscan indicates that CENTRE called a “blacklist(address investor)” function on an address, essentially freezing all coins on it. It was not immediately clear who owned the address.

“When an address is blacklisted, it can no longer receive USDC and all of the USDC controlled by that address is blocked and cannot be transferred on-chain,” according to a policy document shared with CoinDesk.

The incident underscores the limits of decentralization when regulated businesses interact with permissionless networks. While USDC runs on a public blockchain, where normally funds are under user control, in order to remain compliant CENTRE wields the power to sanction certain accounts.

Only the consortium itself can blacklist addresses, not any individual USDC issuer, the document said.

This appears to be the first time an address was blacklisted, as noted in an earlier report by The Block.

CENTRE retains the right to blacklist addresses under two circumstances. The first occurs if there is a potential security breach or other threat to the network, the policy statement said.

According to the document, CENTRE will also consider a blacklist “to comply with a law, regulation or legal order from a duly recognized U.S. authorized authority, U.S. court of competent jurisdiction or other governmental authority with jurisdiction over CENTRE.”

In both cases, a majority of CENTRE’s Board of Managers – which includes Circle co-founder and CEO Jeremy Allaire, Coinbase chief financial officer Alesia Haas and Impossible Foods chief legal officer Dana Wagner – must vote to approve any blacklisting, and they might object to such a request if there are commingled funds on a platform or if blacklisting the address will otherwise pose a risk to the network, the document said.

The group can also reverse any such decisions.

USDC issuers must alert users of the potential for blacklisting by including a statement in their user agreements, the document said.

“To ensure effective Centre oversight of this Policy, Centre will regularly report publicly, the most up-to-date list of blacklisted addresses, amount of USDC tokens frozen, and corresponding fiat reserves that have been segregated. In addition, this information will be verified and publicly reported by monthly attestation of Centre’s outside accounting firm,” the document said.