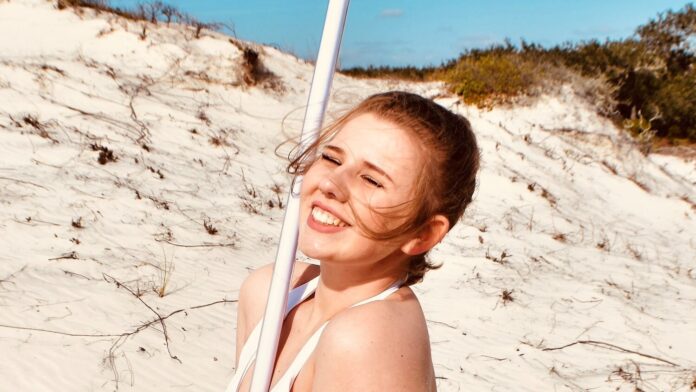 In this audio interview, CoinDesk’s Leigh Cuen and OnlyFans performer Savannah Solo talk about fintech and the sex industry. From distribution platforms to Twitter and bitcoin, she helps break down what sex workers really need from digital tools.

This episode is sponsored by Bitstamp and Crypto.com.

Savannah Solo started her OnlyFans account in January 2020 and within a few months became one of the top earners on the platform in her category.

She’s never used bitcoin before because she relies on platforms like OnlyFans and Cash App for regular banking services. She said some performers have been temporarily deplatformed or lost access to their funds, but she’s been lucky so far. She often works a 16-hour day during these first few months of building her business.

“The market got super, super saturated during quarantine…they [OnlyFans performers] were having trouble getting any subscribers at all,” Solo said. “In my first month, in January, I only made $80.”

There’s a common misconception that sex workers are now making much more money than before the coronavirus crisis. Both Solo and fellow sex worker Honey Li agreed the brief flurry of new customers settled down in the spring and that summer has been a particularly slow season.

“Nobody is saying they are making more because of the pandemic,” Li said. “There’s a lot more new models….as for the blue collar guys that tip you, a lot of them have lost their jobs.”

Li prefers the camming site Chaturbate, instead of OnlyFans. Chaturbate charges performers nearly half of their earnings to use the site, much higher than the 20% charge from OnlyFans. But Chaturbate offers a feature that Li prefers; customers can pay in cryptocurrency and performers can cash out in bitcoin. The site still acts as a middleman, but at least Li can choose her currency.

“My customer base is mostly American, so there are instances where bitcoin is more useful for me, especially when I’m traveling,” said Li, who is based in Europe.

Li said some Chaturbate performers, like her, take a fraction of their earnings in bitcoin if they make extra that month. This is regardless of whether the customer paid in bitcoin, since the payment is to the platform anyway.

In addition to cashing out from the performance platform in bitcoin, Li also uses personal wallets to accept money directly from fans. Over the past year four clients tipped her in bitcoin. Yet that minority can have a large impact.

Solo said she hasn’t been offered bitcoin yet. She’s still trying to manage some of the technical basics of running her own business.

“The platforms do extremely little work to help you out,” Solo said. “There is no [tech] support.”

There are a variety of tech-savvy sex workers creating their own bitcoin-friendly platforms and teaching each other how to use various technologies.

For example, an escort booking consultant named Jo, who has been helping sex workers garner and screen clients for two years, said a few women paid her in 2019 to help them use bitcoin. The bitcoin advertising campaign lasted for a few months, on a website that only accepts bitcoin. This is generally uncommon. Jo said it was a hassle.

“I think a lot of girls in this industry want to protect their identity. However, it [bitcoin] is not the most user-friendly thing,” Jo said about the returns for time spent using bitcoin. “It was pretty dead for a while [bookings]. Business has come back, but it’s slower than usual.”

Solo also noticed the imbalance of supply and demand this summer across the sex industry. She said she usually turns to other performers for tech support and doesn’t know of other consulting options for sex workers. Performers like her generally rely on platforms like Twitter, Instagram, OnlyFans and Chaturbate to advertise their brands. Converting casual tippers into direct customers is the hardest part of the business. Until they do, performers like Solo struggle to deal with refund issues like chargebacks.

“That’s a huge issue,” Solo said about chargebacks. “People send sex workers money…then the person can call their bank, have it back-charged, and all of the money comes out of the sex worker’s account.”

“That’s such a nightmare and it happens all the time,” she added. “People get free service out of that and it’s super gross.”