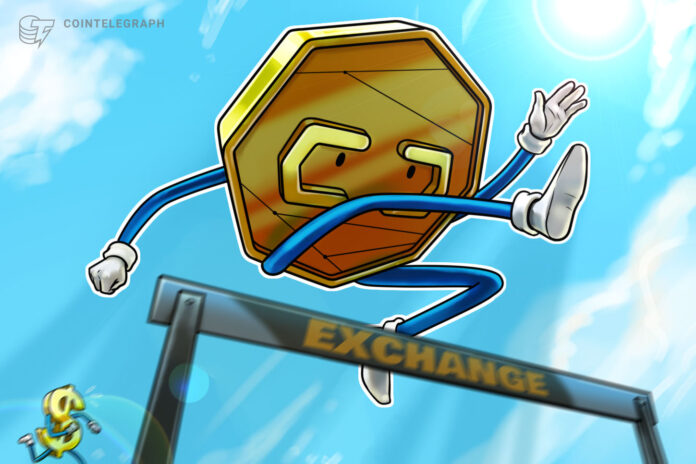 As the human race evolves, our means of exchanging value also continuously develops. From the barter system that dates back to 6,000 B.C. to the present-day use of fiat currency, the human race has been on a nonstop journey toward creating more efficient exchange methods. Factors such as convenience, availability, stability and sustainability have played crucial roles in the evolution of exchange methods.

What is fiat currency?

Fiat currency is essentially paper money backed solely by the government’s word and central bank regulations. It became the preferred method of exchange globally at the expense of other methods such as commodity-based currencies and barter. This was owing to its convenience, the relative stability of value and also because it is under government control. Fiat currencies gained prominence in the 20th century partly because governments sought to insulate their economies from the worst effects of the natural fluctuations of the business cycle.

A fiat currency is a legal tender that has value based on the issuing government rather than physical assets. Hence, its value is only as good as the issuing government. Corrupt politicians and irresponsible governments have been culpable of printing excess money to cover up for their lapses. This results in an endless cycle of inflation or, worse yet, a recession. In 2019, Zimbabwe struggled with hyperinflation of more than 300% after a long period of political unrest.

As the world became increasingly digital moving into the 21st century, the need for a secured digitized means of payment became inevitable. Banks and other financial institutions continued to adopt various digital payment methods. The blockchain breakthrough finally arrived in 2008 when Satoshi Nakamoto published a white paper on what would become Bitcoin (BTC) — the first and most popular modern cryptocurrency.

As a decentralized means of exchange, the elimination of third parties and central banks is undoubtedly the most significant advantage of cryptocurrency. Unlike fiat currencies, blockchain technology is a public ledger and is tightly regulated by a process called mining. This ensures that all money in circulation is accounted for, promoting transparency and accountability in the technology.

Cryptocurrency edges out fiat currency in processing fast, reliable, efficient means of exchange, especially in a digitized world. However, the technology has to overcome some significant hurdles if it is ever to become more popular than traditional fiat currencies. Here are a few reasons why the mainstream adoption of cryptocurrencies is complicated:

Governments and regulatory institutions are among the many barriers that cryptocurrency faces in its bid to emerge as a globally accepted means of exchange. Taxation on distributed ledger technology is complicated because it is independent of governments and traditional banking systems. Besides, politicians and governments can shape economies when they control money circulation. Consequently, by creating hostile policies and dissuading the use of cryptocurrencies, governments can keep a lid on their use and ultimately ensure the flow of fiat currency.

Recently, Twitter suffered what could quite possibly be the worst hack since its inception. Celebrities, billionaires and multiple cryptocurrency exchanges were targeted and hacked. The hackers composed different messages asking people to send Bitcoin to a wallet address in order to receive double the amount back, and around $120,000 worth of BTC was lost to the scam.

While the involvement of Bitcoin in the scam doesn’t tell even a quarter of the story, its use in fraud, scams and some dark web activity has been a deterrent to blockchain’s popularity.

As previously mentioned, Bitcoin transactions are verified by a unique process called mining. Transactions on the distributed ledger are confirmed and stored as “blocks of information” by Bitcoin miners. However, mining is a complex and energy-consuming process that requires a high amount of power and energy generation. The University of Cambridge estimates that Bitcoin consumes 0.21% of the electricity the world produces, an amount close to the total electrical consumption of countries such as Romania, Bangladesh and Israel.

As many mining farms all over the world seek to expand their operations to prepare for a future with cryptocurrencies, the big question remains — how sustainable is this energy-consuming process in the long term?

Originally designed to process seven transactions per second, blockchain technology now faces a huge scalability problem. While the intention of Bitcoin’s developers was solely to prevent hackers from manipulating the technology, the transaction capacity simply can’t accommodate the enormous use of the blockchain.

This would be complicated even further by an increase in industries and investors seeking to adopt the technology. While cryptocurrency experts have debated over the years whether to increase block size or use an exponential scaling-off approach, it remains to be seen whether and how the scalability problem can be put to bed.

While the blockchain technology market is expected to be worth over $39 billion by 2025, its mainstream adoption and eventual replacement of fiat currencies may still be a massive reach. Cryptocurrencies certainly have a long way to go, and investors can sit back and watch how the technology unfolds shortly.

Joshua Esan is a freelance writer and editor passionate about blockchain technology and the health industry. He is a fourth-year medical student and has worked with various companies and blogs since the blockchain revolution began.