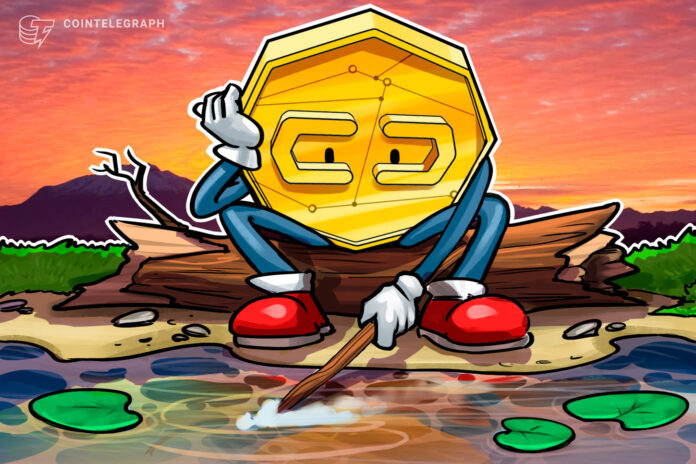 An eventful week for Bitcoin this week. It ended down nearly 5 percent but at one point, things were looking much worse. A collapse to $8,900 sparked talk of a three-month correction—which could be exacerbated by the expiration of more than 100,000 Bitcoin options next Friday.

So far at least, the correction appears to have largely corrected itself but that might be because of the turmoil in the stock markets. Yoni Assia, CEO of eToro, predicts a market crash in three weeks. Bitcoin is currently outperforming the market and acting as a safe haven.

The week has been eventful away from the cryptomarkets too. But while demonstrations have continued against police racism and brutality, Tatiana Koffman explains why Bitcoin’s decentralized money supply is a practical response to government authoritarianism.

And that response is becoming more efficient. Miners produced just 71 empty blocks in the first five months of this year, less than half the percentage of empty blocks mined in the same period last year. The improvement might be down to better mining technology, a focus on transaction fees as the halving approached… or just chance.

On the other hand, the size of the Bitcoin whale population is back to the levels last seen in September 2017, as the price approached $20,000. There are now 1,882 Bitcoin owners with holdings of at least 1,000 Bitcoins. However, they each typically hold less now than they held in 2016.

One way to dilute the influence of Bitcoin’s whales is to increase adoption. CoinGenius is holding a two-day conference on June 25-26 to discuss “The Road to Mass Adoption.” Attendees can register with a 50 percent discount on the full-day educational breakout sessions.

Satoshi pretender Craig Wright is still under fire. Mt. Gox’s former CEO Mark Karpeles has said that 80,000 Bitcoins that Wright claims to own were stolen from the exchange in March 2011. Wright, says Karpeles, is either a liar or a thief.

REvil definitely are thieves, and they’ve been busy again. The ransomware gang has hit three companies in the US and Canada. Robert Farkas has admitted to being a thief. The founder of cryptocurrency firm Centra Tech has pleaded guilty in a federal court in Manhattan after being accused of conspiring to commit securities and wire fraud during a scam ICO. He and REvil aren’t alone. A recent government hearing reported that cybercrimes are up 75 percent as people spend more time online.

But maybe the cons are all Facebook and Instagram’s fault. Telegram founder Pavel Durov says the social media firms are making money off scam advertisements that use his name. They’re slow to take down fake ads, Durov says, but quick to remove cryptocurrency content.

Roger Ver would agree with that. YouTube took down his Bitcoin.com channel for violating the platform’s terms of service. The video site has since put it back up, saying that the channel was “terminated in error.” Ver is looking for alternatives.

Maybe he should just try shutting down the comments. That’s what Binance CEO Changpeng Zhao has done on Twitter. He says he did it to weed out scammers, and “to better respond and engage.”

While some scammers are using the blockchain to steal funds, the World Economic Forum is using blockchain technology to reduce corruption. The WEF thinks that the blockchain will bring some welcome transparency to the public sector.

The US is doing something similar. Brian Brooks, the new acting head of the Office of the Comptroller of the Currency, is hoping to update the government’s financial systems using crypto technology. Brooks was Coinbase’s legal chief.

Brooks will need to move fast if he’s to keep up with China. That country could be the first to roll out a central bank digital currency, says one expert. Glenn Woo, Ledger Vault’s head of the Asia-Pacific region, believes that China’s broad use of digital money means that it could happen without anyone even noticing. China’s neighbor, Kazakhstan, doesn’t want to be left behind either. The Central Asian country hopes to attract nearly $740 million in crypto-related investments over the next three years.

If the thought of nearly three-quarters of a billion dollars in crypto investments gets your heart racing, don’t worry. The blockchain might just change the way the medical industry stores and safeguards health data. It has been an eventful week.

Check out the audio version here: