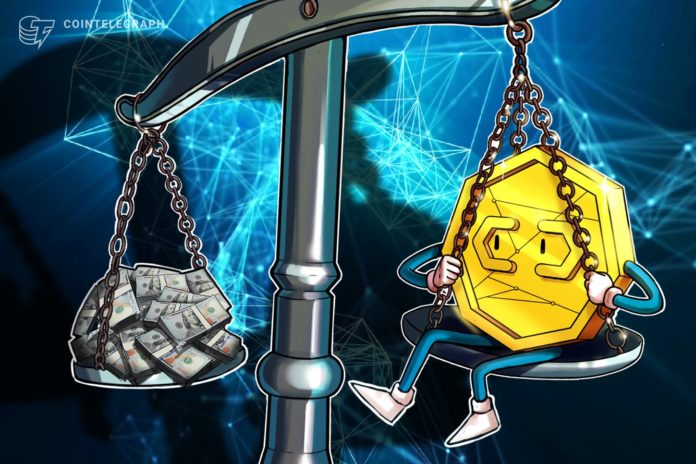 Ido Sadeh Man, founder of the global stabilized digital currency, Saga, spoke with Cointelegraph in an interview on May 15. During the interview, he said that a digital currency backed by a basket of strong fiat currencies, along with Bitcoin, could be the answer to the world economy’s current financial turmoil.

Ido believes that the hyperinflation being induced by central banks will lead to problems down the road. He said:

“It is a solution that will bring very undesirable results In the long run.”

However, according to Ido, a basket of currencies would be inherently more fluctuation-resistant.

Ido suggests the SDR, which is a basket of reserve currencies that includes Saga. It comprises the USD, the Euro, the British Pound, the Japanese Yen, and the Chinese Yuan. Man explained that the SDR is robust against price fluctuations caused by a single currency, and is therefore capable of mitigating risk. He went on to state that:

Bitcoin is the inspiration

Bitcoin was born in the wake of the 2008 economic crisis. It was created to oppose arbitrary monetary policies conducted by central banks. Since then, many digital currencies and technologies have been born out of the inspiration of its creation. Ido told Cointelegraph that Saga is one such project.

Saga’s stated goal is creating a currency that is not dependent on any single national fiscal or monetary agenda. Man says such a currency can complement our lives in the sense of being able to store value and exchange value internationally. According to Ido, Saga’s approach falls somewhere between a stablecoin and Bitcoin. He explained that:

“We are adopting the approach as Bitcoin that we cannot control the money supply meaning the Saga protocol does not allow us to print money at any time.”

Saga’s long term vision, says Ido, is to move in the same principles that are guiding Bitcoin.

CBDC is not the answer

Ido also commented on the new emerging CBDC. He thinks the central bank digital currency is a “tokenized” currency. These digital versions of a national currency are not a true solution for the future of money.

Widespread usage of a CBDC could equate to huge numbers of people unknowingly granting unlimited and unrestricted access to data on their economic lives to a central authority. Ido believes privacy, custodianship, and financial stability would be the three most challenging elements a CBDC would face.

As Cointelegraph reported previously, the Senate passed a new $485 billion pandemic aid bill to help small businesses and hospitals. A former President of the Bank of China said the digital yuan would eventually be able to replace cash. Crypto Valley experts revealed that as the macroeconomics has changed, more and more people are considering Bitcoin as a hedge against the current troubled monetary system.