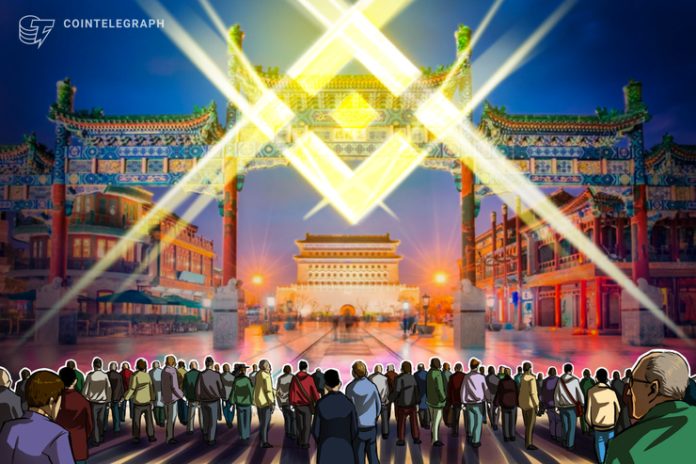 Major crypto exchange Binance may be returning to China, with a planned office to open in Beijing, sources say.

Binance, which left China in September 2017 in response to the country’s ban on crypto trading, is looking to open a new office in Beijing to accompany one operating in Shanghai, two unnamed sources told Coindesk, Oct. 31.

As of press time, sources at Binance had not confirmed to Cointelegraph plans to establish a new Beijing office, but did say that there were a number of Binance employees currently operating in the Chinese capital.

The move follows a series of events indicating warming relations between the company and the country, where it was founded by Changpeng Zhao in 2017 before its move to Malta. Indeed, Binance is one of many companies in the crypto industry that seem to be growing friendlier with China.

In September of this year, Cointelegraph reported on Binance making its first major investment in China since leaving the country. The company took part in a $200 million round of funding for Chinese crypto and blockchain publication Mars Finance.

Crypto markets shook on Oct. 25 following Chinese President Xi Jingping’s announcement of support for blockchain innovation in the country. On Oct. 26, Bitcoin (BTC) reported daily gains of upwards of 36% — over 42% according to some exchanges — in what many saw as a result of Xi’s professed support.

Disclaimer: Cointelegraph will update this story in the event of further comment from Binance.