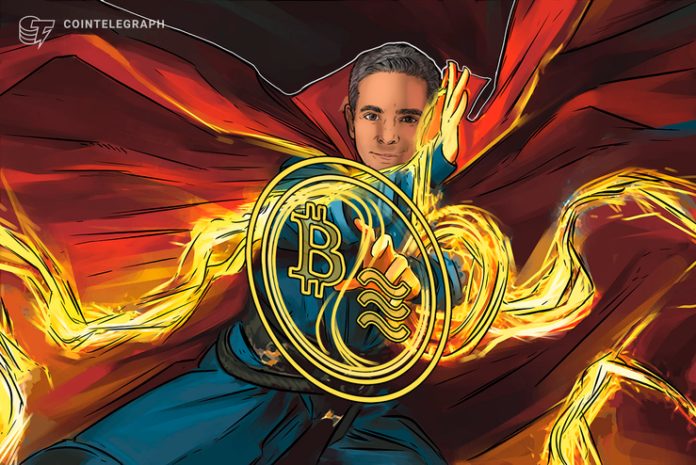 ⁠David Marcus, the head of Facebook’s forthcoming cryptocurrency wallet Calibra, said that he is a fan of Bitcoin (BTC) but it is totally different to the proposed Libra stablecoin.

In a Squawk Box interview on Oct. 16, Marcus stated that he has been looking at Bitcoin since 2012 and considers it to be akin to digital gold.

When asked by Squawk Box co-host Joe Kernen if he owns any Bitcoin or other cryptocurrencies, Marcus did not answer directly but noted that he was an early fan of the major cryptocurrency. He said: “I’m a big fan of Bitcoin what I see as digital gold and totally different Libra.”

Bitcoin versus non-volatile and scalable cryptocurrency

While treating Bitcoin as digital gold, Marcus stressed that the Libra project is seeking to create a non-volatile and scalable cryptocurrency rather than provide services for a high-volatile asset such as Bitcoin. He explained:

“If there was a stable, low-volatility, scalable version of Bitcoin that we could use today, my life would be so much simpler. We could just focus on embedding that in the Calibra wallet.”

In the interview, the CNBC host, who is known for his Bitcoin maximalism, asked about Libra’s backing which will supposedly consists of a basket of major fiat currencies such as the United States dollar, euro, Japanese yen, British pound and Singapore dollar.

Specifically, Kernen stated that Libra’s planned peg to fiat currencies may not be a good idea, as such currencies are vulnerable to devaluation.

Marcus’ statements follow those of U.S. Representative Warren Davidson, who said that Facebook using Calibra would be a “way better idea” than creating a new asset.