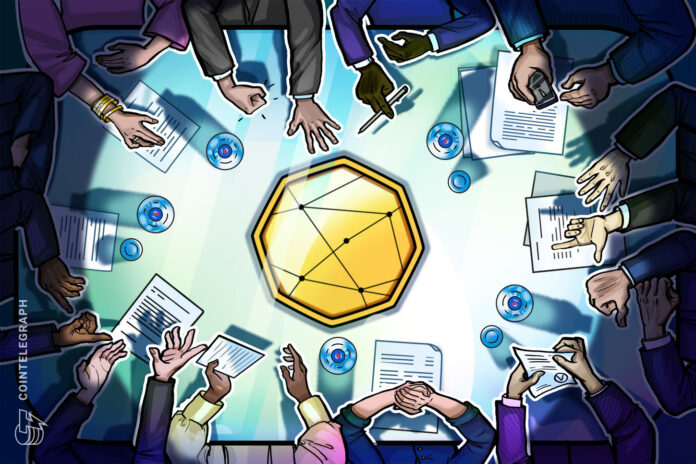 BitFlyer Holdings, which runs one of Japan’s largest cryptocurrency exchanges, held its general shareholders meeting Friday and, for the first time, used a blockchain voting app.

In the “new normal” where social distancing is required, blockchain technology finds another use case. The voting app, called bVote, was developed by BitFlyer’s subsidiary BitFlyer Blockchain. It allowed the first virtual shareholder meeting to end “as scheduled without any troubles.”

The app prevents vote forgery and manipulation and requires users to scan their My Number card (similar to Social Security Number in the United States) for identification.

On Thursday, Coincheck, BitFlyer’s rival, announced a new service for virtual shareholder meetings. Called Sharely it will be introduced to the public in Autumn.

Speaking to Cointelegraph, BitFlyer explained that there were only three people, including Yuzo Kano, the CEO of BitFlyer Blockchain, who physically attended the shareholders’ meeting. Eight other shareholders participated in it remotely.

The agenda was about changing the articles of the corporation partially to promote digitization amid the corona pandemic. It took only about 20 minutes to end the meeting.

“It was more convenient than the traditional gathering of shareholders meetings since it doesn’t cost much and take time to travel,” said one of the attendees. “Since I got used to working remotely after COVID-19 state of emergency, I didn’t feel strange about using bVote,” said another attendee.