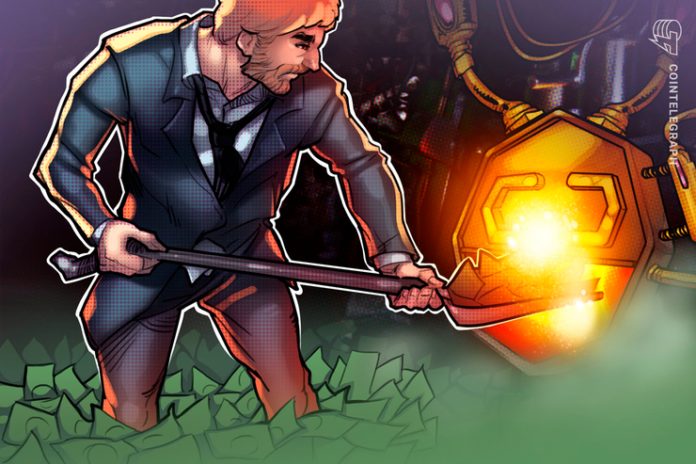 The BitMEX Insurance Fund has added nearly 13,000 BTC in 2019, reaching a total of just over 33,491 BTC as of Dec. 30. This is equivalent to 0.19% of the total Bitcoin in circulation, based on the data available at Blockchain.com.

The fund, which the cryptocurrency exchange set up to ensure that liquidation orders related to leveraged positions are filled, ended 2018 with almost 20,800 BTC. This means that the fund has seen a 61% increase since the start of 2019.

How does the BitMEX Insurance Fund work?

Crypto derivatives exchange BitMEX set up the fund to give margin traders more certainty that they will receive their winnings. Here’s the logic behind the fund.

In leveraged trading, market participants are allowed to make bets that the price of an asset will either rise or fall in multiples (that could be as high as 100x) of the amount they deposited. The idea is to amplify the potential profit for making the correct bet.

In the oversimplified example above, Trader A, who has made the winning trade expects to make a profit of $5,000 based on the $500 rise in Bitcoin price multiplied by the 10 times leverage. However, since the losing trader’s actual position is worth only $4,000, there’s a $1,000 deficit for the winning trader.

As pointed out in a previous Cointelegraph article about a flash crash event on Poloniex, traders in the traditional leveraged market are required to pay for the loss or risk facing legal actions from the brokerage firm that offered access to the derivatives trading exchange.

For trading activities involving large financial institutions, in which the event of a default would significantly jeopardize the financial system, there are several layers of security. Traditional derivatives exchanges have large insurance funds that run into the billions.

CME, the world’s largest derivatives exchange, has roughly $22 billion in its safeguard system. And in cases where the safeguard fund isn’t sufficient to cover the defaulted amount, the exchange can exert its power to ask participating clearing members to help finance the defaulting members. And in extreme situations, the government could issue a bailout to the defaulting institutions, especially when the event threatens economic stability.

Various financial experts and commentators have claimed that derivatives played a major role is the 2008 financial crisis, a period in which there were government bailouts to large financial institutions.

The detachment of the crypto market from the traditional financial space means that such robust security is unavailable to crypto margin traders. Therefore, different crypto exchanges have developed different mechanisms to offer some level of security. For BitMEX, this is the insurance fund.

Why has the fund been growing?

BitMEX has developed a system whereby the insurance fund grows in a liquid market, signaled by a narrow bid/ask spread. Crypto derivatives analytics platform Skew found BitMEX to be the most liquid among the top crypto exchanges offering derivatives trading.

Skew has been tracking the main perpetual swap bid/ask spread for $1 million, $5 million and $10 million. The other exchanges being tracked include Binance, bitFlyer, Deribit, FTX, Huobi, Kraken and OKEx. 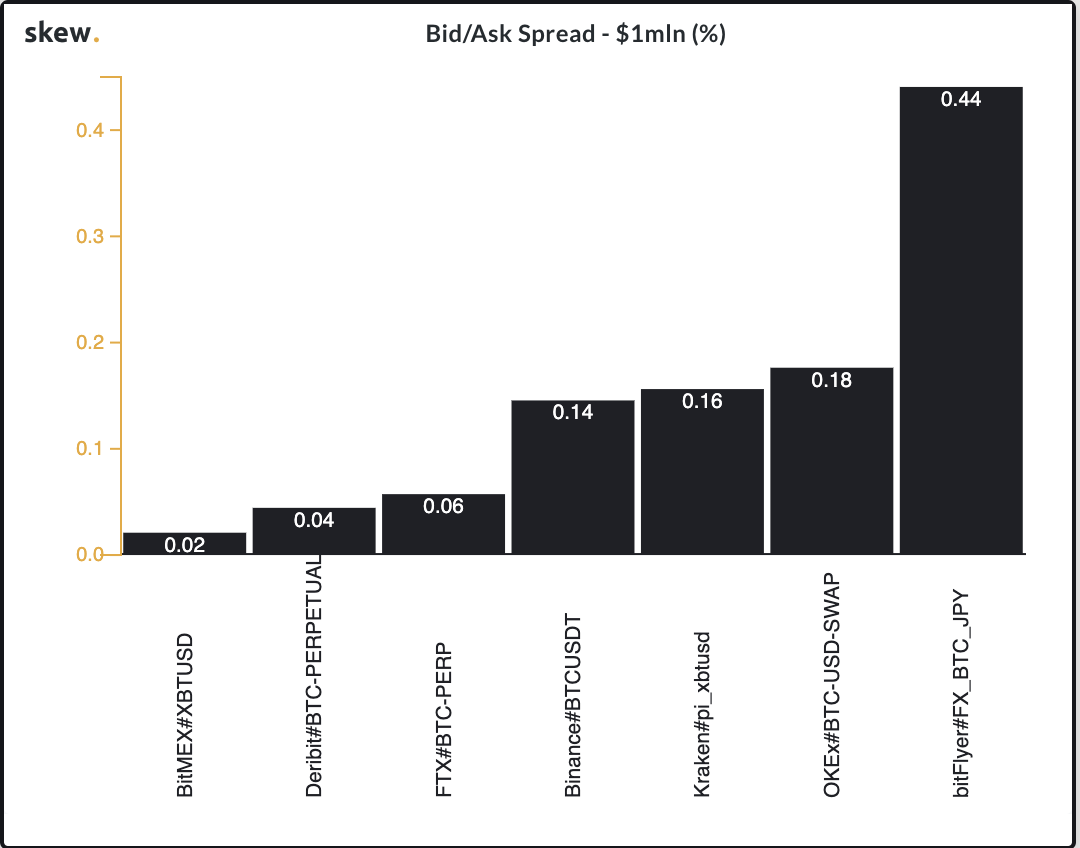 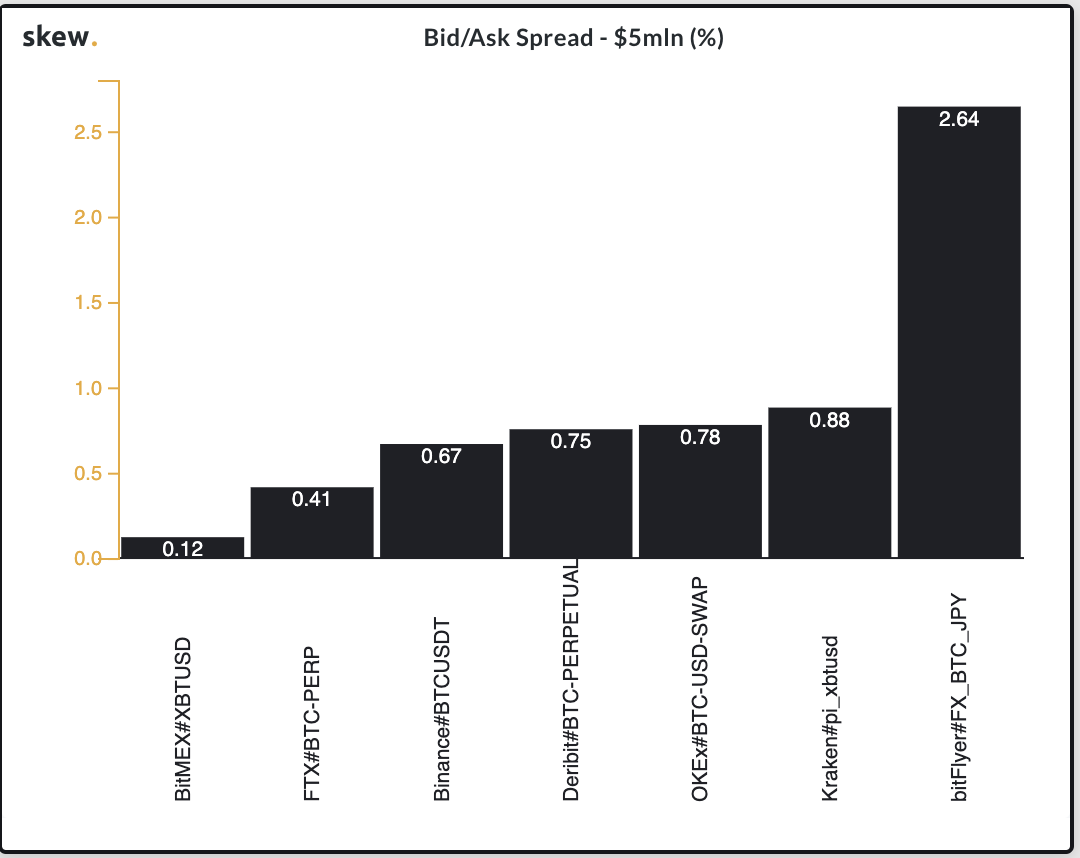 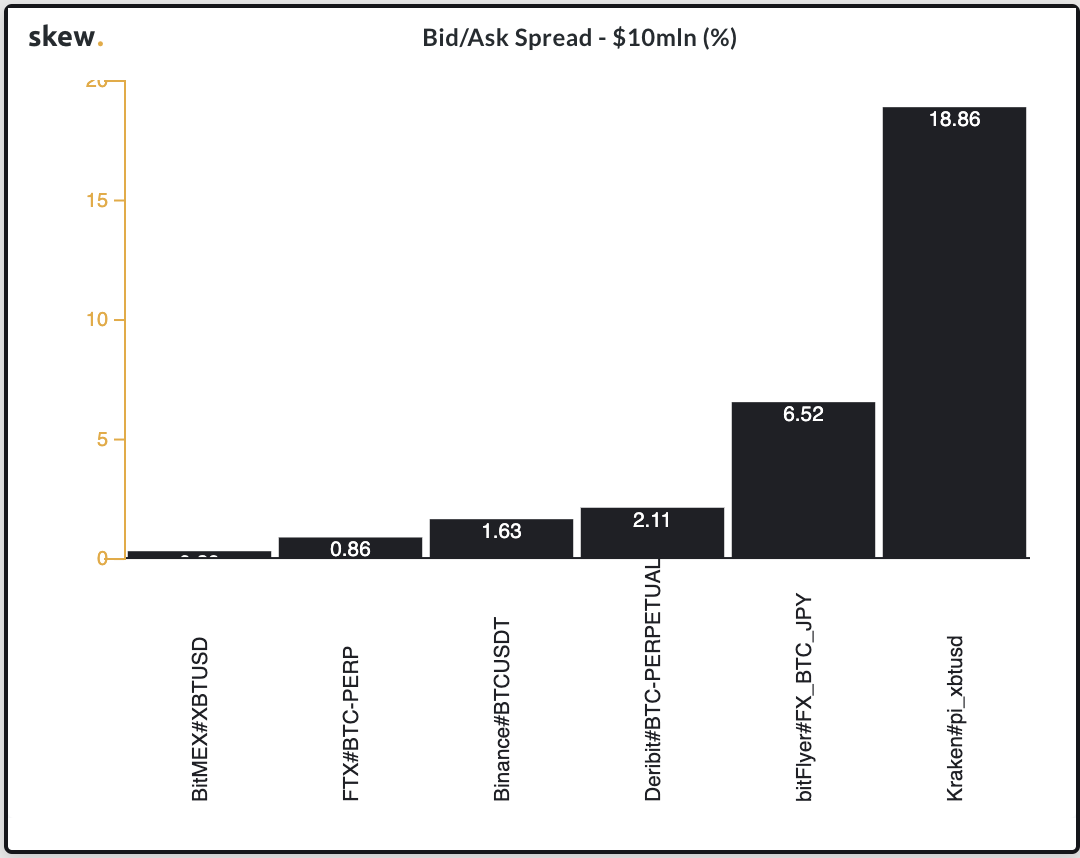 Major events around the fund in 2019

The high liquidity enjoyed by BitMEX, per Skew’s research, presents a plausible explanation for why the fund has been growing. According to BitMEX:

“The Insurance Fund grows from liquidations that were able to be executed in the market at a price better than the bankruptcy price of that particular position.”

Still, there have been a few small day-to-day declines in the balance of the fund. The largest drawdown since the fund began over three years ago happened on April 12, 2018, involving about $5.1 million worth of Bitcoin.

Key facts around the fund

BitMEX has been widely criticized for the lack of transparency of its insurance fund. Criticism has ranged from how the exchange doesn’t fully disclose all the trade variables, such as bankruptcy price, to traders.

Crypto publication The Block also noted that the BitMEX Insurance Fund lacks a known breakdown of how drawdowns are made per contract. This all has led some to suggest that BitMEX considers the fund an asset on its balance sheet.

Competitor Deribit mentioned in a blog post that large insurance funds like that of BitMEX could indicate an overly aggressive liquidation mechanism, which may reduce the incentive to pursue other market security innovations.

The BitMEX Insurance Fund, however, dwarfs the fund balances of these three other exchanges.

As of Dec. 24, the OKEx Insurance Fund is worth nearly $46.3 million, much lower than the $100 million increase seen by the BitMEX fund in 2019. Deribit said in June that its insurance fund had increased to 150 BTC, while Huobi’s fund details are inaccessible.