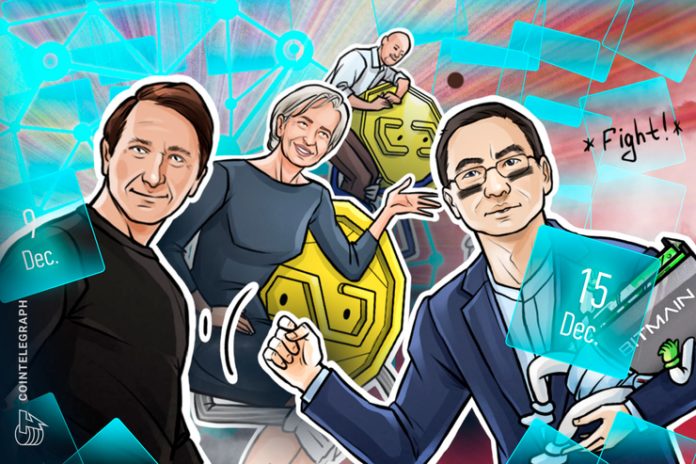 VeChain loses $6.6 million in VET tokens to hacker in attack on buyback wallet

An unknown hacker has redirected a whopping 1.1 billion VET tokens from the VeChain Foundation’s buyback wallet to a personal address. The crypto was worth an estimated $6.6 million at the time, with the company stressing that the security integrity of its mainnet and official mobile wallet has not been affected. In a statement, VeChain said “human error and the mismanagement of the private key by our staff” was to blame for Dec. 13’s incident. Crypto exchanges have been urged to monitor, blacklist and freeze any and all funds that come from the attacker, as well as withdrawals from corresponding wallets. At the time of writing, the value of VET tokens has fallen by more than 8.7% over the past seven days.

Now here’s a surreal story: The biggest darknet marketplace in Russia has unveiled plans to raise $146 million in an initial coin offering — a token sale that would be almost certainly illegal. Those behind the site, which is called “Hydra,” say they need the funds to go global and “start a new era in the West” at a scale that is “hard to imagine.” The platform sees couriers drop off illicit goods in concealed public spaces where clients can pick them up — meaning buyers, sellers and couriers never end up coming face to face. Figures from a Russian investigative site suggest Hydra has 2.5 million registered accounts, with 393,000 of these making at least one purchase. Skeptics have warned that the ICO could turn out to be an exit scam.

The surreal news doesn’t end there. A Canadian law firm has asked police to conduct an exhumation and post-mortem autopsy on the body of Gerald Cotten, the late owner of the now-defunct exchange QuadrigaCX. Cotten reportedly died in India from complications relating to Crohn’s disease last December, and he was the only person with the private keys to wallets that held $190 million in user funds. Rumors have been swirling that the entrepreneur could have faked his own death. Lawyers at Miller Thomson believe their request is appropriate given the “questionable circumstances” around his passing and “the need for certainty around the question of whether Mr. Cotten is in fact deceased.”

Infighting at the Beijing-based mining giant Bitmain has reached a fever pitch. The company’s co-founder, tech billionaire Wu Jihan, has unexpectedly resurfaced as CEO. Fellow co-founder Micree Zhan Ketuan claims he was removed as a legal representative of Bitmain without his consent, with Wu sending out an email announcing he had decided to dismiss all of Zhan’s roles effective immediately. In the aftermath of the boardroom drama, Zhan said he felt like he had been stabbed in the back “by those partners you trusted and brothers you thought with.” Striking a note of defiance, he added: “Bitmain is our child. I will fight for her till the end with legal weapons. I won’t allow those who want to plot against Bitmain to succeed. If someone wants a war, we will give them one.”

The Paris-based asset management firm Napoleon AM has announced the launch of a regulated Bitcoin fund. According to the company, its product is one of the first regulated vehicles that gives exposure to BTC’s price movements. The Napoleon Bitcoin Fund aims to deliver portfolio diversification to institutional and professional investors — replicating the performance of futures listed on the Chicago Mercantile Exchange in cash settlement. Cash was chosen to avoid the hassle of storing and valuing Bitcoin. In its announcement, the company said: “Convinced of the major transformation challenge carried by the blockchain for the entire industry, Napoleon AM got quickly interested in the financial potential of what intrinsically emanates from public blockchains, digital assets.” 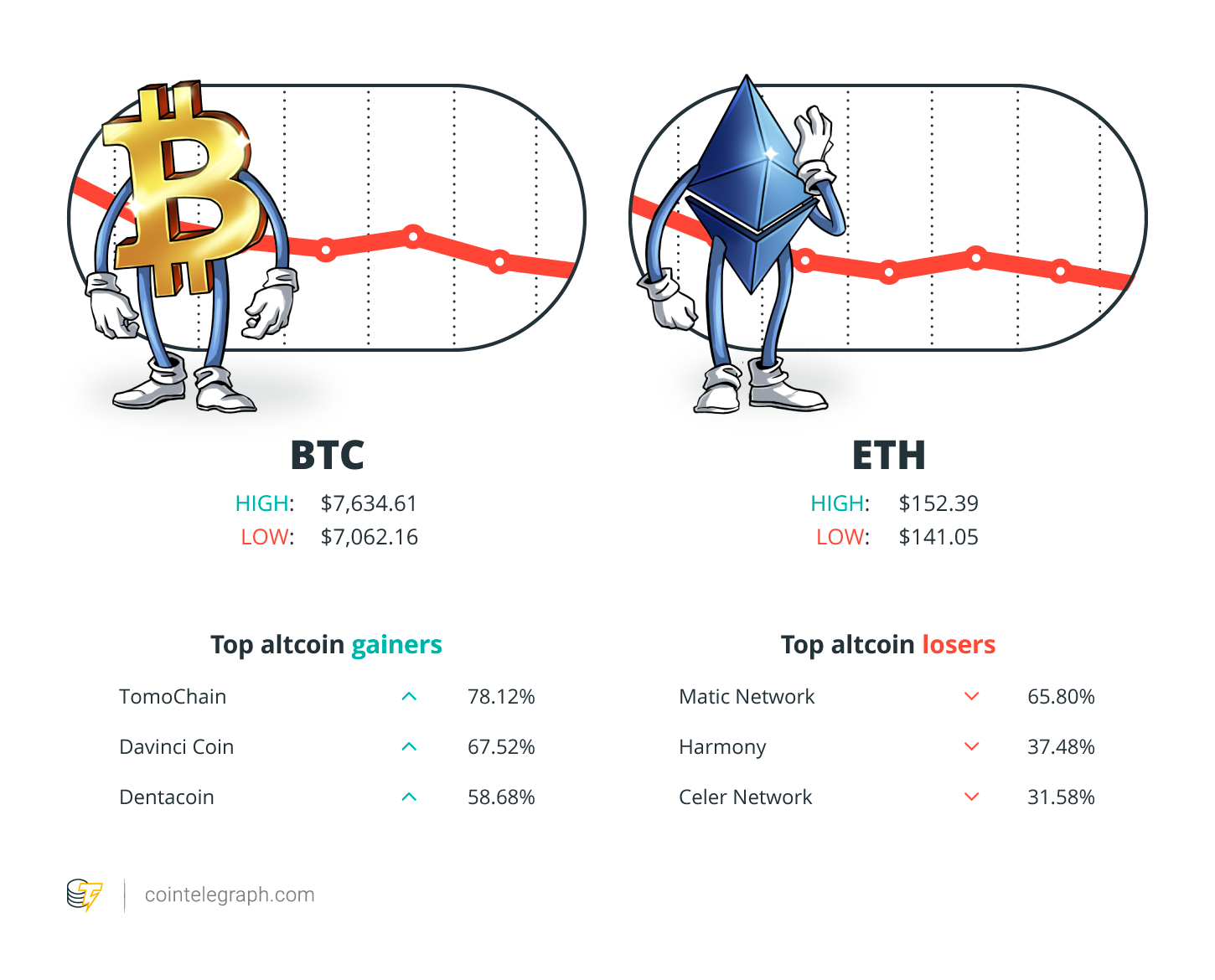 “The inherent violence of fiat money must be replaced by the peaceful nature of Bitcoin. […] Bitcoin is the currency of a global revolution and the nightmare of trust money.”

“My personal conviction on the issue of stablecoins is that we better be ahead of the curve. There is clearly demand out there that we have to respond to.”

“New technologies have emerged to make a decentralized approach more viable. Blockchain points to a series of decentralized solutions for open and durable hosting, governance, and even monetization. Much work to be done, but the fundamentals are there.”

“In addition to […] traditional money-laundering risks, the financial industry also faces new risks in the area of blockchain technology and the cryptoassets that are attracting growing interest from clients.”

“Overall, I believe we have taken a measured, yet proactive regulatory approach that both fosters innovation and capital formation while protecting our investors and our markets.”

“Bitmain is our child. I will fight for her till the end with legal weapons. I won’t allow those who want to plot against Bitmain to succeed. If someone wants a war, we will give them one.”

“Platforms designed to protect us and act in our best interest already exist. We are just waiting for 7 billion people to discover them. When they do, the entire internet will become an application on the blockchain.” 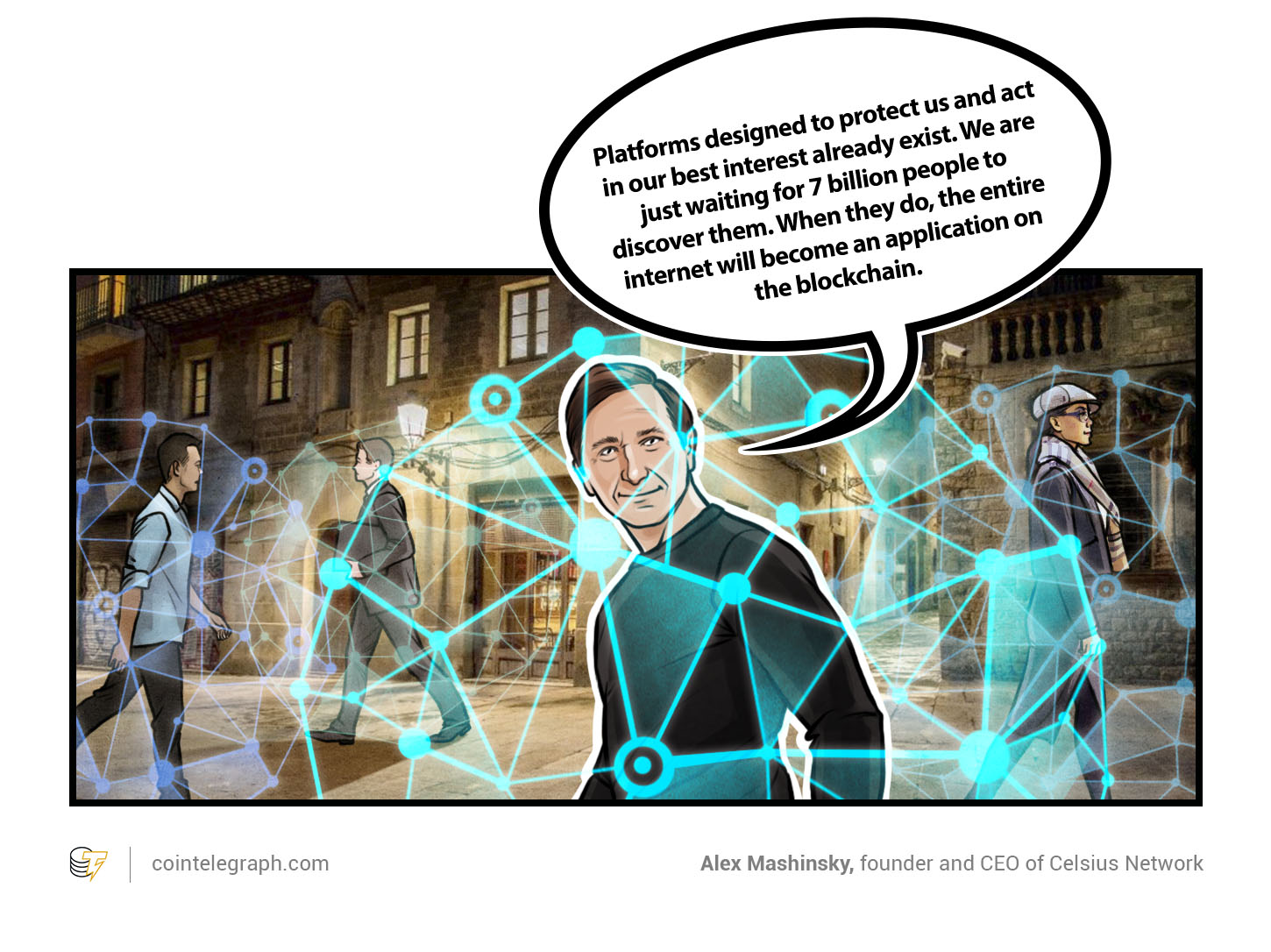 This week’s prediction comes from behind bars. Ross Ulbricht, who is serving a life sentence for his role as founder of a now-defunct anonymous darknet marketplace, believes BTC is going to soar to $100,000 in 2020. He penned a series of letters from his prison cell that were adapted into blog posts on the outside. Ulbricht used a type of market analysis known as Elliott Wave Theory in order to make the prediction — and claimed it was possible even without knowing Bitcoin’s day-to-day price movements and the general condition of the market. His forecast of a six-figure price comes a week after one of the most successful investors in the world, Tim Draper, called for his release.

Oh Libra… remember that? The white paper for the proposed Facebook stablecoin was quietly updated this week. One of the biggest changes is the removal of dividends payable to the Libra Association members who became early investors. This means that any interest on assets held in reserve will now only be used to “cover the costs of the system, ensure low transaction fees, and support further growth and adoption.” The tweak eliminates a potential conflict of interest between members of the not-for-profit association and the currency’s end users, as it removes any incentive to load up the reserve with higher-risk assets that could cause Libra tokens to lose their value. There’s also some speculation that the amendment could be designed to address concerns that Libra may be classified as a security.

Weibo continues rage at Tron and Binance: Sun and Yi He blocked

The major microblogging site Weibo — often referred to as “Chinese Twitter” — has suspended the accounts of Tron founder Justin Sun and Binance co-founder Yi He. Visitors to their pages are now greeted with a notice that says: “The account has been blocked due to violations of laws and regulations and the relevant provisions of the Weibo Community Convention.” It comes weeks after Weibo blocked the official account of Binance, one of the world’s biggest crypto exchanges. Binance has since registered a new Weibo account that remains active, and the profiles of other platforms such as Huobi and OKEx have been unaffected by the blocking spree. However, given the fact that China has been clamping down on all things crypto of late, watch this space.

Circle cuts another 10 employees, rejects connection to CEO stepping down

Circle has laid off another 10 employees, but the payments company says the dismissals are unrelated to the departure of its CEO Sean Neville, who has made the transition to serve on the board of directors. A Circle representative confirmed to Cointelegraph that some departments have been streamlined as the company focuses on its USDC stablecoin. 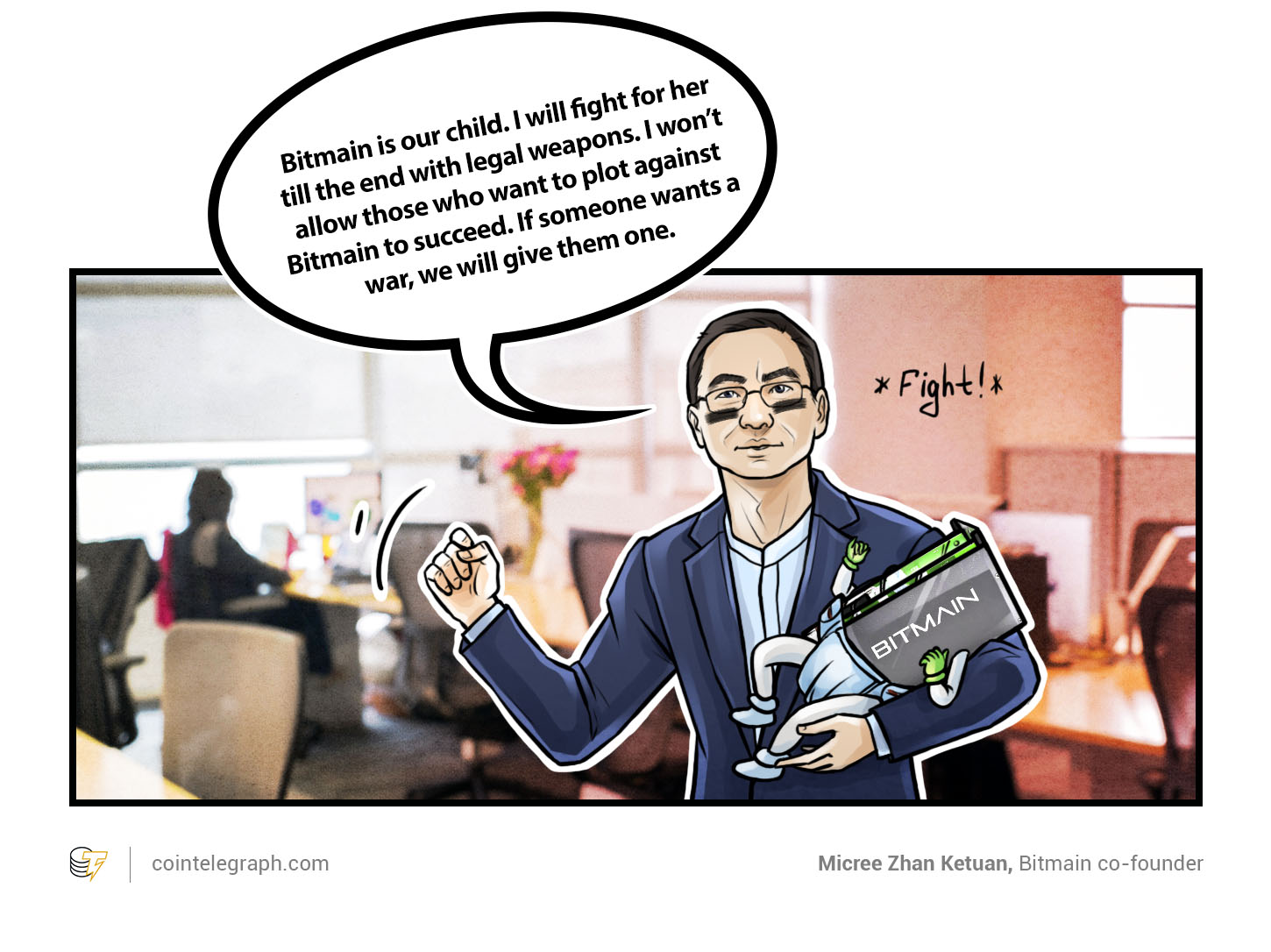 From health care to mining, Central Asia stays on the blockchain beat

The seven “-stan” countries of Central and South Asia — Pakistan, Kazakhstan, Afghanistan, Kyrgyzstan, Uzbekistan, Tajikistan and Turkmenistan — haven’t shied away from cryptocurrency and blockchain technology. Osato Avan-Nomayo looks at some of the notable developments from the region.

In the lead-up to the Istanbul upgrade, implemented on Dec. 8, the Ethereum team decided again to postpone the explosion of a so-called “difficulty bomb,” which some believe may lead to the onset of an Ice Age. How can this happen and what would be the consequences if the Ethereum network froze? Julia Magas explains.

Soccer teams like Juventus look to score with blockchain push

Why are so many soccer clubs gravitating toward the use of blockchain technology? Shiraz Jagati has been taking a look.