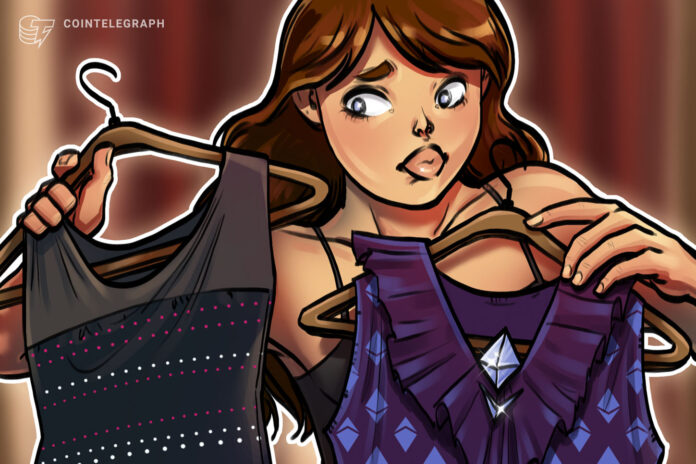 After Ethereum co-founder Gavin Wood left the Ethereum Foundation in 2016, he wrote a white paper for a new kind of blockchain — one that would use an innovative form of sharding and cross-chain communication to achieve the kind of scalability and interoperability that Ethereum 1.0 would never be able to manage. Wood’s new blockchain, called Polkadot, launched its first iteration in May and has recently moved to the second stage of the mainnet.

In the time that Wood has been developing Polkadot, the Ethereum core development team has been working on the biggest upgrade to Ethereum’s infrastructure since it launched in 2015. Ethereum 2.0, also dubbed Serenity, is due to launch its own first iteration this year, with a phased rollout over the next two years. Ethereum 2.0 will also use a variant of sharding as a means of ending the scalability woes that have plagued it since the initial coin offering boom in 2017.

Bearing in mind the entwined history of these two platforms, are the two comparable? And if so, in what ways?

Both Ethereum 2.0 and Polkadot use sharding to achieve scalability. Sharding involves partitioning the blockchain network, or its data, to enable parallel processing and thus increase throughput. However, sharding is a broad term, and these two projects utilize different methods.

Ethereum 2.0 will impose a particular condition on shards connecting to the Beacon Chain, in that each shard must have a uniform method for changing state with each block added to the blockchain. Essentially, a Beacon Chain is a series of ports or sockets like a USB connector where only those shards with the right shape of USB plug can connect to it.

Polkadot uses a different variant of sharding. The network also has a main chain called the Relay Chain. Shards on Polkadot are known as parachains and can also execute transactions in parallel. However, Polkadot uses a far more flexible meta-protocol to allow parachains to connect to the main chain, meaning that any parachain can determine its own rules regarding how it changes state. The only condition is that the Relay Chain validators can execute it using the meta-protocol, which uses standard WebAssembly. Coming back to the USB connector analogy, the Relay Chain serves as a kind of universal socket. Now anyone with any kind of plug can connect to Polkadot.

The flexibility described above means that Polkadot offers a high level of interoperability that won’t be possible with Ethereum 2.0, as only Ethereum-specific shards can be part of the Ethereum ecosystem. Polkadot uses bridge parachains that can connect to external blockchains, offering two-way compatibility.

Effectively, Ethereum could connect to the Polkadot ecosystem via a bridge parachain so that DApp developers could interact with any other Polkadot parachain. However, the reverse isn’t possible: Polkadot could not become a shard on Ethereum’s Beacon Chain. Moonbeam is one example of a bridge parachain that provides developers with an Ethereum-compatible smart contract platform that’s built on Polkadot.

So far in the evolution of blockchain, interoperability hasn’t played a significant role. However, perhaps because so many blockchains have evolved to become “walled gardens,” interoperability is starting to take more of a starring role in 2020. At last year’s Blockstack Summit in San Francisco, blockchain entrepreneur Andreas Antonopoulos put forward a compelling case for interoperability, explaining that any single chain that attracts sufficient development will eventually eat itself, requiring an infrastructure upgrade.

Related: Interoperable Blockchains May Be the Future of Finance but Have a Ways Yet to Go

If Antonopoulos is right, then much of the current infrastructure such as blockchain bridges or interoperable platforms like Polkadot could be key enablers of Ethereum’s future development.

It’s also worth pointing out that Wood recognizes the inherent symbiosis in this relationship between the two platforms, having stated in a blog post that, ever since the Polkadot white paper was issued: “We knew that bridging with the Ethereum ecosystem to help extend capabilities on either side would be one of the key points of the network.”

Polkadot launched on mainnet in May, with the project’s roadmap involving phased upgrades to a fully decentralized infrastructure with all planned governance in place. The first phase is proof-of-authority, which involves assembling validators for the network. The project recently launched its second phase, which is known as nominated proof-of-stake. This refers to an initial go-live of the network’s consensus model. Assuming all goes well, the next step will involve implementation of the network’s governance model.

Ethereum 2.0 is taking a somewhat different approach to the phased implementation whereby the full launch will come after phased updates. The Beacon Chain is expected to launch this summer, along with staking under the new proof-of-stake consensus. The move to full sharding is slated to come in the next phases.

While the Ethereum 2.0 project boasts some leading names within the blockchain developer space, including Ethereum co-founder Vitalik Buterin himself, there is no single team responsible for Ethereum 2.0 development and implementation. Several teams, or clients, are working on various iterations of Ethereum 2.0 as a means of maintaining network security.

Polkadot has been developed by a single firm called Parity Technologies — a global team of engineers, cryptographers, solutions architects and researchers. Along with Polkadot, Parity has developed its Parity Ethereum client and Parity Zcash client.

Parity Technologies was founded by Wood and Jutta Steiner. Wood’s credentials are well established through his history with Ethereum and as the creator of the Solidity programming language, with Steiner also being one of the original Ethereum team members, having served as its first security chief. She is an applied mathematician and now the CEO of Parity.

Time is of the essence

One of the most significant challenges facing Ethereum 2.0 is the time it’s taking to bring the project to fruition. There’s been talk of a scalability upgrade since around 2017, and it’s likely to be 2022 by the time the full implementation is completed — and that’s assuming there are no further delays. However, Ethereum holds a critical advantage over Polkadot and all other blockchain platforms: It has a long-established developer base and community, and the most developer activity when compared to its competitors.

However, Ethereum 2.0 implementation delays have allowed other projects, of which Polkadot is obviously a top competitor, to develop their own platforms that offer additional attributes, such as interoperability. Polkadot does offer compatibility with Ethereum, meaning that developers could adopt the platform without necessarily moving away from their original base.

It will be intriguing to see how the two platforms play together once the full Ethereum 2.0 implementation is completed. If all goes well, each platform can complement the strengths of the other to create a connected blockchain network greater than the sum of its parts.