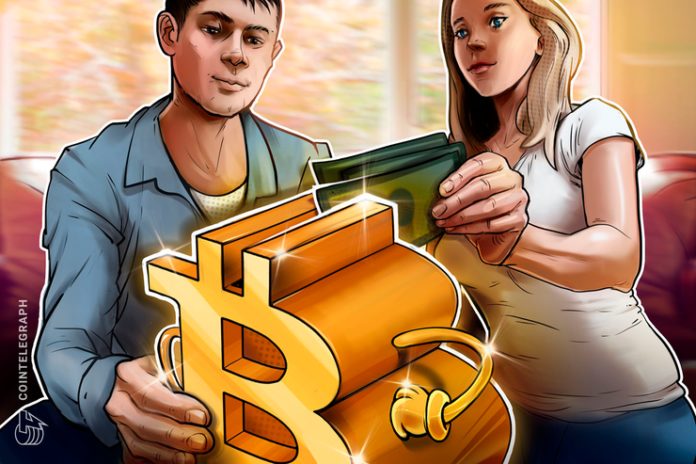 There is a lot of chatter going on about the uncertainties of cryptocurrency and how an attempt to tame the raging seas of the crypto market could spell doom for investors. As expected, in the middle of this conversation is Bitcoin (BTC), whose popularity continues to grow in the investment world.

Although Bitcoin’s volatility is well-documented, this has not stopped investors from adopting cryptocurrencies as a way of effecting a diversified investment strategy. Interestingly, the volatility narrative is somewhat losing its potency as Bitcoin slowly establishes stability.

Hence, I will use this piece to analyze the growing affinity for digital assets and how Bitcoin is fast becoming a viable investment asset class for institutional investors and family offices.

The value of Bitcoin

The origin of Bitcoin might have caused many to doubt its efficacy. In a world grounded in a centralized culture, it is understandable that people would initially fight off an anomaly that could uproot the foundations of their belief system. At one point, people did not dare to imagine a world without a stratified institution made up of banks and governments that govern the dissemination of money and information. Now that decentralization is finding its way to even the most traditional industries, it is clear that crypto is here to stay.

Nonetheless, there remains an ounce of doubt surrounding the viability of Bitcoin as an asset class. Some believe that Bitcoin emerged out of nothing. Therefore, it is impossible that the digital asset would retain its value. However, from my recent analysis of the history of money and the various theorems that established the origin of money, it is evident that Bitcoin fulfills the core requirements that other forms of money have passed.

Interestingly, one could argue that the United States dollar, gold and other precious metals have no intrinsic worth — market sentiments brought about their valuation.

Institutional investors are aware of the risks that come with allocating a large percentage of their funds to a particular asset or market indices. For one, the downturn of such a market or asset would have a crippling effect on their returns. The same is true for investors that allocate the majority of their portfolio to asset classes that have strong correlations to one another. Hence, adopting a strategy that allows the allocation of funds to different asset classes, with little or no correlation, is the appropriate solution. This is where Bitcoin excels.

VanEck published a study that highlighted some of the factors that aided Bitcoin’s ascendancy as a viable investment product. One of these factors is the digital asset’s correlation to major market indices. In the study, VanEck noted that Bitcoin’s apparent disparity from established and emerging markets makes it a suitable portfolio diversification option. 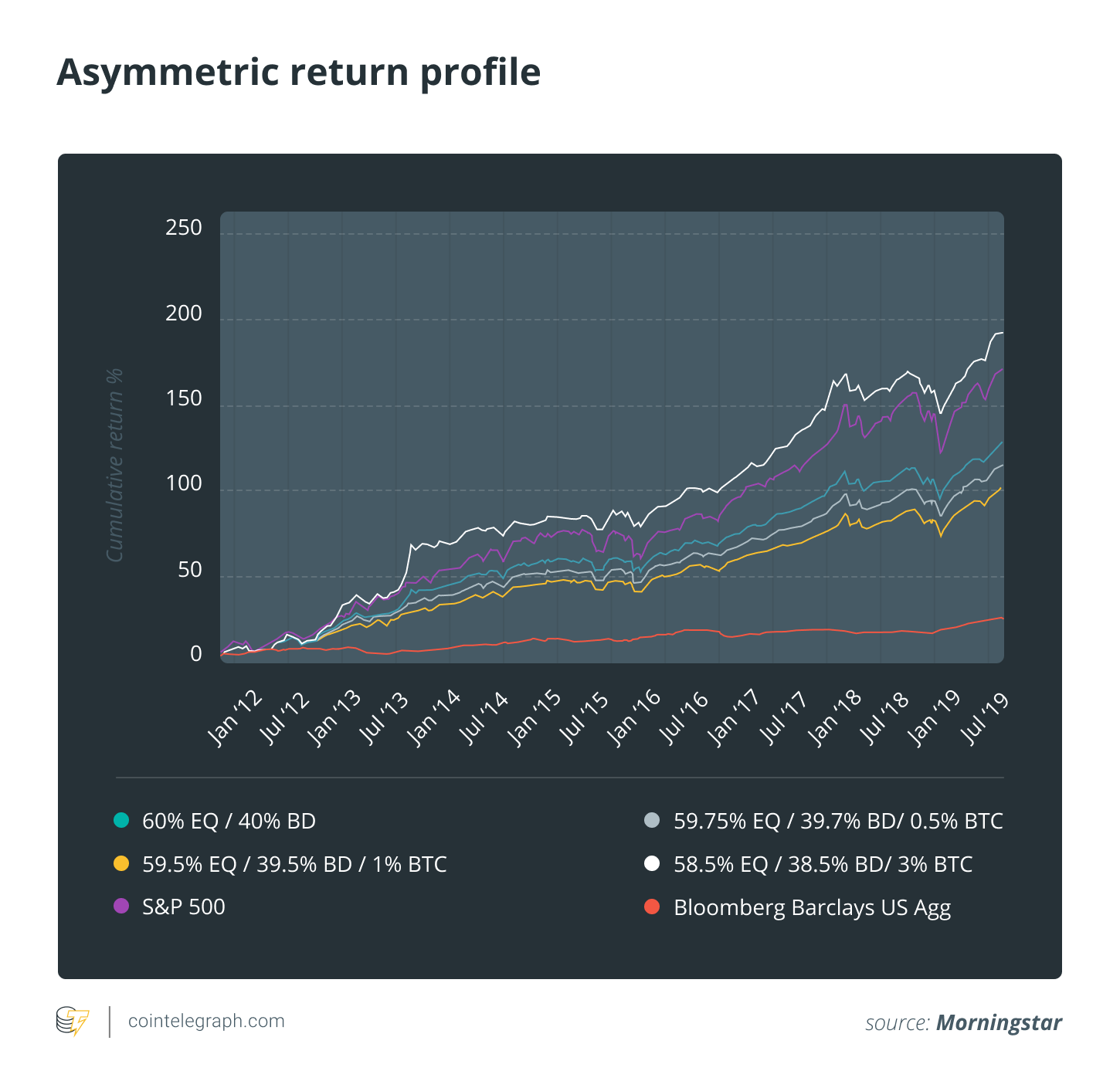 VanEck’s study went further to prove Bitcoin’s eligibility as an investment option. This investigation entailed the assessment of the asymmetric return of portfolios allocated to varying percentages of equities, bonds and Bitcoin from January 2012 to July 2019. A portfolio with 58.5% of the fund distributed to equities, 38.5% to bonds and 0.5% to Bitcoin generated returns that surpassed that of a portfolio allocated solely to the S&P 500 by over 150% as of July 2019.

The scarcity of Bitcoin

From the basic principle of supply and demand, a commodity tends to retain or increase its value when its supply does not match its demand. In other words, maintaining or increasing the demand for an asset while reducing its supply would eventually cause the price of such an asset to skyrocket. This phenomenon has played out throughout the history of Bitcoin. Bitcoin’s protocol automatically halves its supply roughly every four years. It is also important to note that it is only possible to create new coins, or mine, a maximum of 21 million BTC, and a total of 18 million BTC has already been mined. 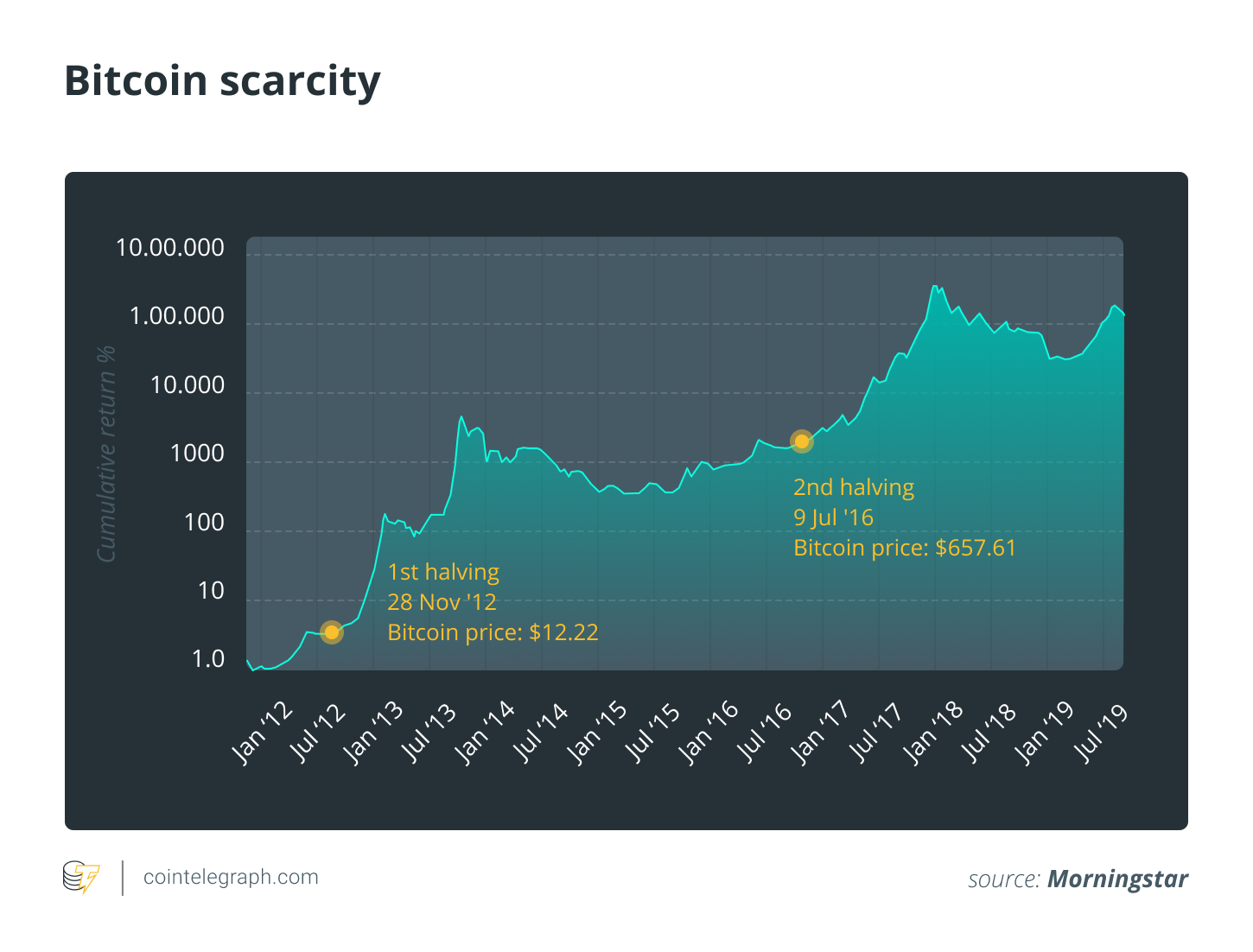 What all these facts and figures mean is that there is a possibility that the price of Bitcoin will continue to soar. And this might have spurred enthusiasts to predict ridiculous price possibilities. One popular crypto supporter in particular asserted that the next halving, scheduled for May 2020, could cause one Bitcoin to sell for $1 million.

Though this prediction sounds over the top, price history shows that the price of Bitcoin has always experienced a surge whenever the reward for finding new blocks undergoes a 50% cut. The last time this happened was in 2016, which led to the unprecedented bull run of 2017. Before this, a Bitcoin was selling for $657. Just over a year later, the price climbed to around $20,000 per coin. Without any doubt, the halving slated for the coming year will affect the price of Bitcoin. Although it is still unclear how much of an impact to expect, I bet that a majority of institutional investors will be closely watching the unfolding drama. 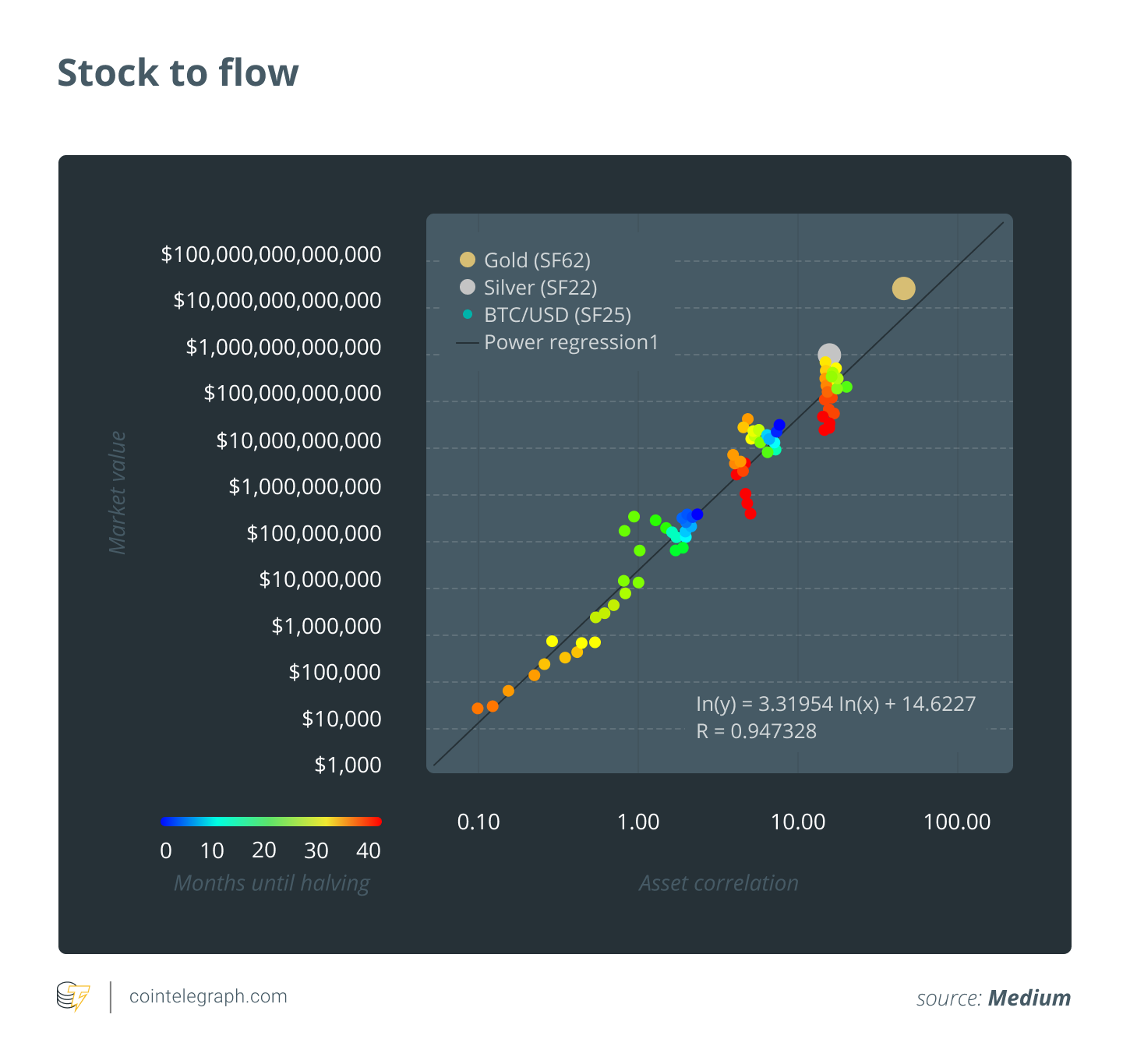 Adoption is growing at a remarkable rate

Developers are beginning to understand that sustained adoption will never come to fruition until they resolve the issues battling the efficacy of blockchain’s scalability and security. Hence, the development recorded in this space is nothing short of remarkable. For one, the Lightning Network, designed as a sidechain to the Bitcoin’s blockchain, could improve scalability and reduce the cost and time for transacting. This, and more, are some of the reasons why the prospect of Bitcoin’s adoption is looking good.

For what it’s worth, the advantages of allocating a fraction of one’s investment portfolio to Bitcoin trump the disadvantages.

Constantin Kogan is a venture partner at BitBull Capital, a board member of ABOTMI and has been a cryptocurrency investor since 2012. He has over 10 years of experience in corporate leadership, technology and finance. He contributes to the digital asset space as well as the sharing and value economies.