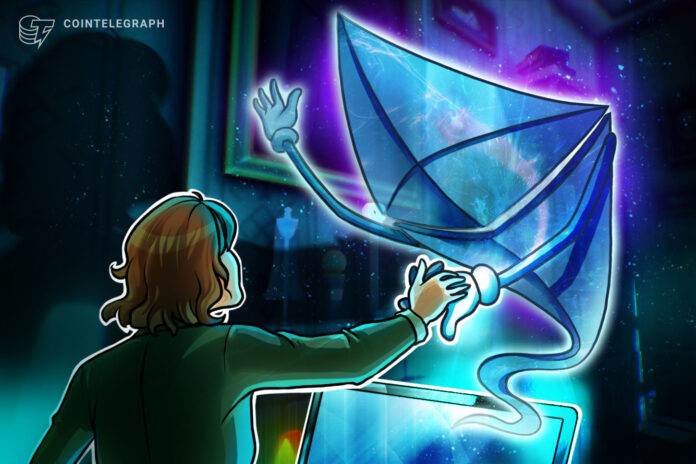 Industry experts say Tether and Decentralized Finance tokens will play large roles in the future of Ethereum as the blockchain approaches its five-year anniversary on July 30.

In a statement shared with Cointelegraph, Paolo Ardoino, Chief Technology Officer (CTO) of Bitfinex and Tether, said the Ethereum blockchain will “play a central role in the digital asset ecosystem in the years ahead” as “Ethereum-based Tether can continue to support and empower growing ventures and innovation in the blockchain space.”

“We hope that the recent surge of DeFi can translate to more DeFi financing products and projects that will truly shape industry developments in a decentralized manner,“ Ardoino said. “USDT is among the biggest and fastest-growing stablecoins in DeFi and we will ensure that Tether continues to play an important role in supporting this alternative financial system and remains the reserve currency of DeFi.”

Tether (USDT) had a market share of 78% among Ethereum-based stablecoins, with most tokens being on the blockchain. USDT remains the biggest user of gas on Ethereum, a trend that may be exacerbated as other blockchains continue to migrate to the network, like the recent $300 million transfer of Tether from Tron.

The CTO cited the launch of the OMG Network Plasma sidechain as a measure “to help relieve pressure and network load on the main Ethereum blockchain.” Cointelegraph has reported the addition of the sidechain could lead to cheaper transactions as they reached two-year highs in June.

Despite the recent increase in transaction costs and reported network congestion, some industry officials are looking towards the next upgrade to the blockchain as a solution.

Kosala Hemachandra, Chief Executive Officer (CEO) and founder of MyEtherWallet, said the ETH 2.0 update would “change the definition of blockchain technology by creating a secure and sustainable system capable of competing with centralized scaling solutions.”

According to a Reddit Ask Me Anything (AMA) on July 10, Ethereum researcher Justin Drake said ETH 2.0 could launch by January 2021. However, Ethereum co-founder Vitalik Buterin anticipates a November 2020 release date.