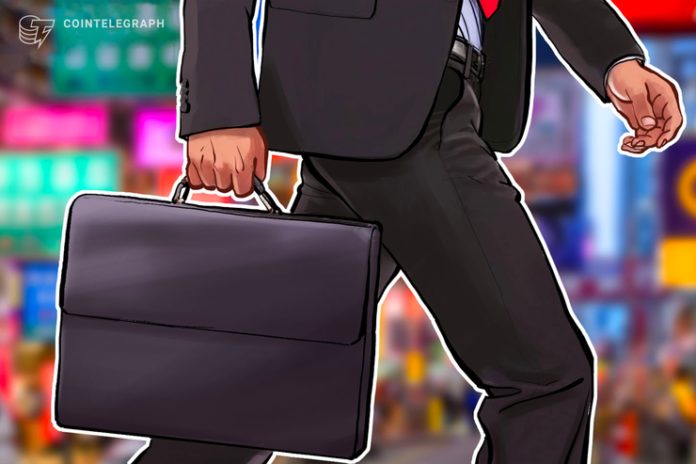 On Dec. 16, the Block reported that former Binance executive Leslie Tam is looking to expand his professional horizons at cryptocurrency exchange CoinFlex, where he will explore new possibilities for the company to expand its services.

Leslie Tam previously oversaw the over-the-counter (OTC) trading operations for Binance, one of the world’s largest cryptocurrency exchanges, where he held an executive position as lead of the VIP coverage and head of trading.

Cointelegraph contacted CoinFlex regarding Tam’s new position but had yet to receive a response as of press time. This article will be updated if new comments come in.

CoinFlex offers ‘prediction futures’ on whether Libra launches in 2020

In October, Tam’s new employer launched physically delivered futures contracts that will be settled based on whether Facebook’s Libra launches in 2020. CoinFlex’s “initial futures opening” (IFO) reportedly sets the price of a futures contract at 30 cents, reflecting a roughly 30% likelihood that Libra will launch by December 2020. The exchange’s CEO Mark Lamb said at the time:

“Facebook has the ability to rival the entire global banking system from day one, but, because of that fact, when that first day will be is far from certain. The political backlash has been brutal, and it’s anyone’s guess if Facebook will get this over the line.”

In August, the company received $10 million for Bitcoin (BTC) futures settlements through a funding round from Bitcoin Cash (BCH) advocate and Bitcoin.com CEO Roger Ver, as well as Polychain Capital, NGC Ventures and Divergence Digital Currency.