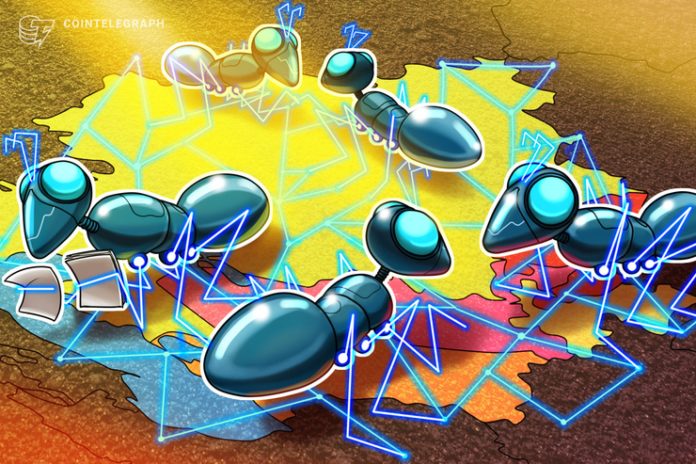 Cryptocurrency and blockchain technology continues to be a global phenomenon, with adoption and utilization cases emerging in almost every corner of the globe. Digital technology has become so popular that it is now a major talking point not only in the financial sector but also in politics and governance.

The seven “-stan” countries of Central and South Asia — Pakistan, Kazakhstan, Afghanistan, Kyrgyzstan, Uzbekistan, Tajikistan and Turkmenistan — haven’t shied away from the sweeping digital technology phenomenon. Whether it be revitalizing Afghanistan’s healthcare sector with blockchain adoption or introducing a waiver for crypto mining in Kazakhstan, digital technology utilization appears to be gaining a foothold in these countries.

Some stakeholders in these nations argue that more still needs to be done if the region is going to enjoy a similar level of crypto and blockchain commerce as seen in Eastern and Southeast Asia. The following is an overview of some of the notable crypto and blockchain developments in the seven countries.

Pakistan’s central bank — the State Bank of Pakistan — banned cryptos in the country. As is the case in India, stakeholders within the local crypto community have sought to overturn the prohibition.

Waqir Zaka, a co-founder of TenUp, a blockchain-based venture capital startup, is among the vocal critics of the Pakistani crypto ban. Zaka appeared before the Sindh High Court earlier in the week to argue against the central bank’s ban.

According to local media outlet ProPakistani, the SHC instructed the country’s Federal Investigation Agency to aid the court in understanding cryptocurrencies and come to a reasonably fair judgment on the matter.

In a tweet posted by Zaka on Dec. 5, the high court adjourned the case to Jan. 28, 2020. The TenUp chief also used his appearance in court to report the alleged harassment of crypto miners in Pakistan.

Stepping away from blanket crypto bans, Pakistan’s government is looking to implement robust digitization policies. Back in April 2019, Cointelegraph reported that authorities in the country were set to pursue digitization of core government operations.

Additionally, the federal government enacted a set of rules in April 2019 to govern and license digital currency institutions. The move was part of efforts by the country to comply with Anti-Money Laundering guidelines prescribed by the inter-governmental Financial Action Task Force.

Pakistan is also reportedly eyeing the possibility of creating its own sovereign digital currency. As reported by Cointelegraph earlier in 2019, the State Bank of Pakistan has plans to issue its own national central bank digital currency by 2025.

As previously reported by Cointelegraph, lawmakers in Kazakhstan are looking to exempt crypto miners from tax obligations. According to a draft law, the lawmakers want cryptocurrency mining to be recognized as a “purely technological process” for tax purposes.

Under this special designation, crypto miners will only be required to pay taxes when they convert their virtual currencies to fiat. The draft policy also seeks to establish crypto mining as a legal and regulated activity within the country.

The proposed tax bill is the latest example of the generally positive stance toward crypto and blockchain exhibited by the Kazakhstani government in recent times. On the matter, Cointelegraph spoke with Madi Saken, senior legislative coordinator at the Blockchain & Data Center Industry Development Association in Kazakhstan, to obtain first-hand details about the bill. In an email to Cointelegraph, Saken explained that the country is not considering levying a capital gain tax on mining activity, explaining:

“However, mining will still be deemed entrepreneurial activity in cases when mining farms offer services to use their computing hardware for digital mining. Mining farms would be taxed by analogy with typical data centers as they receive fiat income under commercial contract alike other data-center services.”

Concerning the legal status of crypto in the country, Saken revealed that the government has no official position regarding digital assets. However, he pointed to the Astana International Financial Center as having created a special regime for cryptos under its own independent legislative prerogative.

The association’s coordinator did reveal to Cointelegraph that the government was considering a draft framework for digital assets. Back in 2018, the country’s central bank called for a ban on crypto trading and mining.

For Saken, crypto and blockchain adoption in Kazakhstan is relatively low, but the NABDC says there are positive signs signaling greater utilization in the country. According to Saken:

“Business adoption of blockchain is relatively low at this stage. However, the biggest national telecom operator Kazakhtelecom JSC has just launched its corporate BAAS (Blockchain as a Service) platform for business, which allows companies and state bodies to create and place blockchain systems on its decentralized platform. The company expects that its product will ease blockchain adoption for business. Besides, there are several startups being developed in Astana Hub and AIFC.”

Saken also said that he believes cryptocurrency adoption is on the horizon, as he observes a positive attitude toward crypto from the national bank:

“Having initially conservative and adverse position, now National Bank is more prone to be constructive consideration. The government and National Bank are more supportive with regard to mining industry development and cryptocurrency regulation, taking into account FATF recommendations and a need of proper financial monitoring and AML instruments.”

Afghanistan is seeing some real-world application of blockchain technology in areas such as healthcare and urban development. As previously reported by Cointelegraph, the country’s Ministry of Public Health signed a Memorandum of Understanding in November 2019 with blockchain startup, FantomOperations.

The memorandum aims to facilitate the deployment of blockchain-based solutions in the country’s health sector. The major focus of the project is to combat the spread of counterfeit medicines and the digitization of patient and hospital records. In a statement released at the time, the ministry declared:

“The Ministry of Public Health is committed for the institutionalization of electronic government in the health sector and the block-chain technology would help the ministry bring transparency, acceleration and effectiveness in the related affairs.”

Earlier in the year, the United Nations also announced that it would be utilizing blockchain-based solutions to drive Afghanistan’s urban development projects. The move is part of the UN’s “City for All” initiative, with the country expected to become predominantly urban by 2034.

Elsewhere in the region

In Kyrgyzstan, authorities seem to be on the offensive against crypto miners. In September 2019, 45 cryptocurrency mining centers were cut off from the national grid as energy officials accused the mining farms of abnormally high electricity consumption.

Despite the 2014 crypto ban, miners have established a significant presence in Kyrgyzstan, taking advantage of the country’s cheap electricity rates. However, government authorities are reportedly looking for ways to regulate the industry, claiming that crypto mining is yet to be defined under federal law.

While Kazakhstan is considering a reduction to the tax burden on crypto miners, Kyrgyzstan’s Ministry of Economy is set to amend the country’s tax code in preparation for the introduction of cryptocurrency mining taxes.

The draft law is reportedly considering two approaches to the proposed crypto mining tax regime — levying taxes on income or expenses. Based on the popularity of crypto mining in the country, the tax law could see the government earn close to $4.2 million per year.

In Uzbekistan, the government increased electricity tariffs for crypto miners by 300%. At the time, energy officials said the move was to facilitate a more rational utilization of electrical energy by consumers in the country. Crypto trading remains legalized in the country, with participants enjoying tax breaks. However, foreign traders can only operate in the country if they create a local subsidiary in Uzbekistan.

On the whole, the government of Uzbekistan maintains a positive attitude toward digital technology, especially blockchain. Back in September 2018, the country created Digital Trust — a state blockchain fund dedicated to the utilization of technology in several government projects across sectors like education and healthcare.