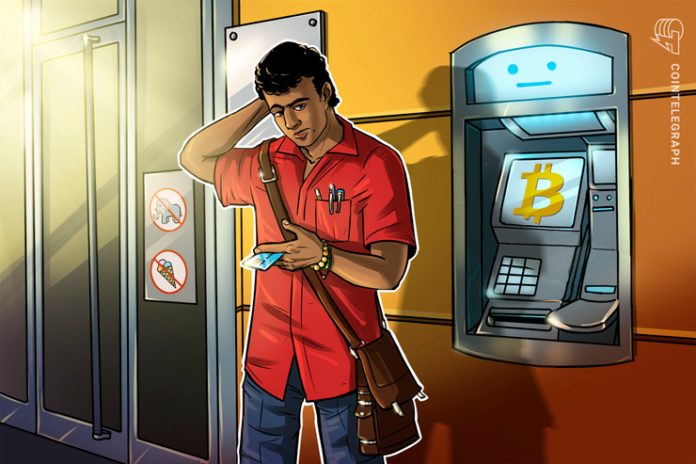 According to Bloomberg Law on Nov. 15, Fort said that the IRS is collaborating with law enforcement to investigate illicit uses of new technologies like cryptocurrencies, stating:

“We’re looking at those, and the ones that may or may not be connected to bank accounts […] In other words, if you can walk in, put cash in and get bitcoin out, obviously we’re interested potentially in the person using the kiosk and what the source of the funds is, but also in the operators of the kiosks.”

According to Coin ATM Radar, there are 4,129 Bitcoin ATMs and tellers in the United States that enable users to buy and/or sell cryptocurrencies in exchange for a fee. Bloomberg claims that there is one such machine in every major U.S. city. Fort explained that such services are required to conform to Know Your Customer rules:

“They’re required to abide by the same know-your-customer, anti-money laundering regulations, and we believe some have varying levels of adherence to those regulations.”

As Cointelegraph reported a month ago, Bitcoin ATM firm Bitstop installed one of its machines at the Miami International Airport, suggesting that Bitcoin is useful to move money when traveling.

Fort explained that cryptocurrency taxation issues are an emerging threat, adding that the cryptocurrency space has an inherent lack of transparency and visibility, which increases its potential for non-compliance. Still, he admits that no cases have been filed so far, stating, “We haven’t had any public cases filed, but we do have open cases in inventory.”

Earlier this week, Suzanne Sinno, an attorney in the IRS Office of the Associate Chief Counsel, clarified that cryptocurrencies have never been eligible for like-kind tax exemption, even before the 2017 tax overhaul.

In the U.S., a like-kind exchange — or a 1031 exchange — is an asset transaction that does not generate a tax liability from the sale of an asset when it was sold to acquire a replacement asset.

While crypto traders were mostly aware that post-overhaul transactions do not qualify for such an exemption, transaction eligibility prior to that period had been murky.