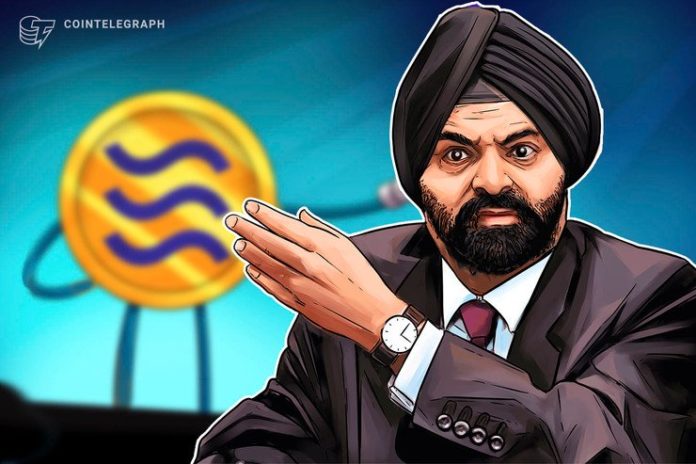 Mastercard Chief Executive Officer Ajay Banga explained his concerns about Libra in a Feb. 3 interview with the Financial Times. He bashed Libra for its lack of transparency while arguing that national payment systems are “really stupid.”

Mastercard was one of the founding members of the Libra association, along with Visa, PayPal and Stripe. All four left in Oct. 2019 with no proper explanation, though rumors indicated fear of running afoul of regulators.

Compliance appears to have been the primary cause for the sudden decision. The Libra association’s key members reportedly refused to commit to “not do anything that is not fully compliant with local law.” Specifically, Banga pointed to anti-money laundering, know your client and data management regulation.

Another concern was Libra’s business model. The association does not make it clear how it would make money, with Banga noting that “when you don’t understand how money gets made, it gets made in ways you don’t like.”

Finally, Banga noticed some inconsistencies in how Libra presented itself. Though it positions itself as a financial inclusion tool, the use of the proprietary wallet Calibra “doesn’t sound right” to him. He elaborated:

“For financial inclusion, the government has got to pay you in this [currency], you’ve got to receive it as an instrument you can understand, and you have to be able to use it to buy rice and cycles. If you get paid in Libra [coin] […] which go into Calibras, which go back into pounds to buy rice, I don’t understand how that works.”

Nevertheless, Banga does like the idea of a global currency.

Mastercard’s CEO was, predictably, a harsh critic of any attempt at making national payment systems:

While the idea of nationalized payment networks already existed, it has been recently regaining traction under the guise of the Central Bank Digital Currency (CBDC), though he did not mention them directly. Banga then explained:

“This idea of finding a way to have national control on certain kinds of payments is not new — it’s a fantasy that’s been going on for a long time.”

He cited France, Australia, Brazil and Mexico as examples of countries whose governments have attempted to build such systems.

According to him, local networks fragment the transaction data necessary to do analytic work. This makes tracking crime more difficult in an age where terrorists do not respect borders, argues Banga.

CBDC proposals are varied, but with over 70 percent of central banks evaluating the idea of their own digital currency, the resulting network is likely to be extremely fragmented.