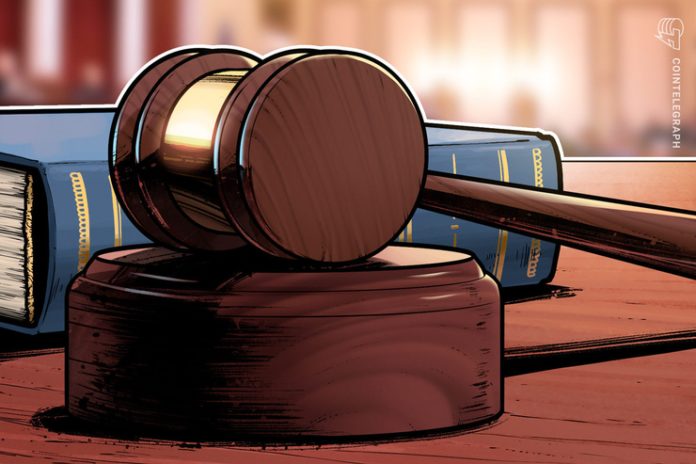 The New York Southern District Court has ruled in favor of the United States government to intervene in a civil case against Jon Barry Thompson, who is alleged of a $7 million Bitcoin (BTC)-related fraud.

With Judge Loretta A. Preska’s ruling on Nov. 19, the U.S. government — in this case, represented by the Commodity Futures Trading Commission (CFTC) — now has the right to intervene in civil proceedings that are running parallel to a criminal multimillion Bitcoin scam case.

Thompson, a resident of Easton, Pennsylvania, is charged with “knowingly or recklessly making false representations to customers in connection with the purported purchase of Bitcoins worth over $7 million.” Preska stated:

“Upon the consent of all relevant parties, the Government’s application to intervene in the above entitled matter and to stay the matter in its entirety until the conclusion of the parallel criminal case, United States v. Jon Barry Thompson […] is granted.”

Initiation of the case by the CFTC

The case was initiated by the CFTC in late September, which claimed that after receiving clients’ funds, Thompson, the head of a Bitcoin escrow service, sent virtually all of the money to third parties. The purported Bitcoin was not delivered to clients while their funds were not safeguarded as promised.

The CFTC thus seeks restitution, disgorgement, civil monetary penalties, permanent trading and registration bans, and a permanent injunction against all further violations of the Commodity Exchange Act and the CFTC’s regulations.

Other recent injunctions in the crypto world

As reported on Nov. 6, the Office of U.S. Immigration and Customs Enforcement’s Homeland Security Investigations and prosecutors for the Southern District of New York indicted Asa Saint Clair for allegedly participating in a cryptocurrency scheme dubbed Igobit. Saint Clair was charged with one count of wire fraud, which carries a maximum sentence of 20 years in prison if convicted.