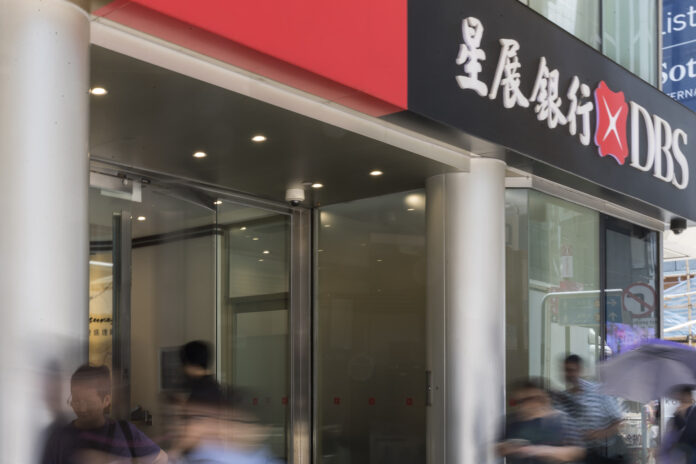 “A pandemic-led acceleration of adoption.”

That’s how Singapore-based DBS Bank describes the current state of digital assets in its quarterly report on cryptocurrencies published in August.

It’s interesting to hear such an observation from a respected multinational bank and its chief economist, Taimur Baig. However, there have lately been murmurings about certain large financial institutions – particularly in places like Singapore, Switzerland and Germany – fielding a new wave of demand for crypto, filtering through from smaller private banks and wealthy clients.

On the subject of cryptocurrencies like bitcoin (BTC), Baig identified two distinct phases of demand: pre-pandemic and post-pandemic.

“Pre-pandemic demand was largely speculative. People saw bitcoin had a spectacular run and wanted to be part of that game, so what’s wrong with putting in 1% of assets under management [into BTC],” Baig said in an interview. “But I think post-pandemic is beyond speculative. It’s more about, ‘This thing has fixed circulation, it will not be debased.’ People are worried about dollar outflow and wondering if they should hold crypto in addition to gold as a safe-haven currency.”

DBS isn’t the only bank to notice this trend. Singapore-based digital asset bank Sygnum, which holds a banking license from the Swiss Financial Market Supervisory Authority, echoed this view.

“Since the outbreak of COVID-19 there has been increased interest from family offices and private individuals who see digital assets as an alternative and a way to protect against a worrying inflation risk,” said Martin Burgherr, co-head of clients at Sygnum Bank. “Now that banks are awakening from the lockdown, we have had a significant uptick in national and international banks asking us to help in a B2B setup, to enable their clients to invest in digital assets.”

Baig – who has previously held senior economist roles at the Monetary Authority of Singapore, Deutsche Bank and the International Monetary Fund – likes to zoom out and take a macro view of digital currencies and the potential play of central bank digital currencies (CBDC).

There has been a steady rise in gold, while fixed-income yields are heading towards zero, Baig said, and such conditions have also caused “bitcoin to come back quite convincingly.”

It’s tempting to look at bitcoin through the lens of foreign exchange (FX), as yet another currency with an exchange rate against the U.S. dollar. But this is mistaken, Baig said, since a regular sovereign currency has accepted economic means of evaluation that determine productivity and long-term growth.

“You can’t value cryptocurrencies like that,” Baig said. “While they can have this credibility with a system-based circulation, they’re still not attached to a country’s fortune. So, of course, they will not go and up and down the way the U.S. economy goes up and down. From that perspective, it’s more akin to gold than an FX in my view.”

“If you look at Venezuela or even Lebanon, which is in the middle of a massive financial crisis, could you, at some point going forward, conceive that instead of linking your currency to the U.S. dollar, you link it to a cryptocurrency?”

Provided that transactions can be viewed on the blockchain there are possibilities, said Baig. “As long as it’s tied to a limited-circulation currency, I see some similarities between that sort of anchoring versus anchoring against the US. dollar,” he said.

The topic of CBDCs is also highly politicized, particularly between the U.S. and China.

There are two dimensions to think about when it comes to China and its CBDC efforts at “digitizing the redback,” said Baig. Firstly, a digital renminbi (e-RMB) is a way that China’s central bank, the People’s Bank of China (PBoC), can exercise some control over the country’s sprawling fintech ecosystem.

“There’s so much going on at the Alipay, Tencent level,” Baig said. “Deposits are being made by those fintechs, they are extending credit, so it doesn’t really matter what PBoC does with respect to interest rates. It’s like a whole parallel universe.”

The other dimension concerns the potential for an e-RMB to become a way for certain countries to bypass the U.S. dollar settlement mechanism, which makes them “somehow answerable to the Southern District [Court] in New York” or the Securities and Exchange Commission,” said Baig.

“The U.S. dollar has been used repeatedly as a weapon against Iran against other countries and also against China,” he said. “I think now with U.S.-China tensions so high the case for e-RMB becomes even more compelling.”

Disclosure
The leader in blockchain news, CoinDesk is a media outlet that strives for the highest journalistic standards and abides by a strict set of editorial policies. CoinDesk is an independent operating subsidiary of Digital Currency Group, which invests in cryptocurrencies and blockchain startups.