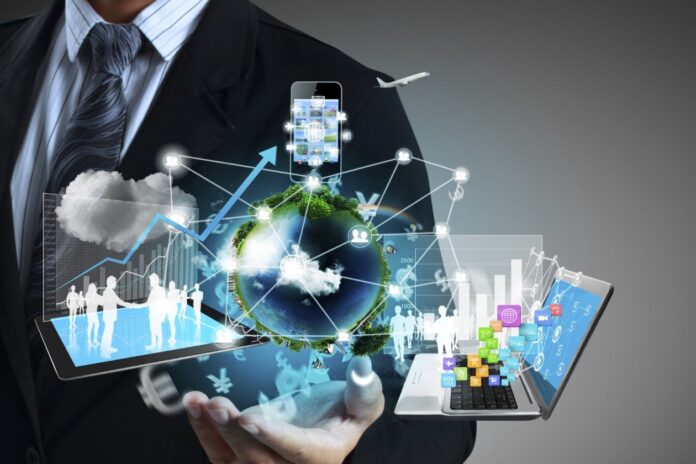 Old is gold, but that’s not how to go for a government that seeks to serve its citizens efficiently. The ancient forms of governance are inefficient, so there is a pressing need to change the systems. One of the significant setbacks of traditional governance is the associated rigid bureaucracy and rules that govern critical aspects directly impacting the economy. Many countries lag with low or declining GDPs, a phenomenon attributable to poor governance and lack of essential services.

However, the situation is about to change in the United Allied States’ wake, a new government system that seeks to create freedom-focused sovereign economic zones. The United Allied States (UAS) is a new hope, especially for African countries. Part of its mission is to realize the American dream in Africa.

The United Allied States program runs under the infrastructure of Apollo Fintech’s blockchain. Apollo Fintech is a financial technology and blockchain expatriate based in Africa and North America. The company has been providing solutions using blockchain technology to different sectors, including government departments. However, it is now the technology company behind the new fully blockchain-based government. In June 2020, UAS and Apollo Fintech announced their collaboration to create the most advanced and efficient government systems.

Apollo Fintech’s blockchain will enable the United Allied States to provide citizens’ services in a fast and efficient manner. Given the blockchain capabilities, it will provide all essential government services under one platform through e-governance. Further, it will help the government manage the resources of each sovereign economic zone efficiently. It will also utilize Apollo products such as the national currency system and payment technology, thereby giving businesses and citizens under UAS a competitive edge in the global space.

The national currency and payment platforms will form the base that will connect to all other government services. Based on blockchain technology, the platform will operate efficiently and securely under the immutable ledger. UAS will utilize other Apollo products, including the Mineral Claim System, Government Bank Platform, Tax System, and the Bank to Bank Network, among others.

In recent years, more governments are joining the trend to leverage blockchain capabilities in their operations. Government processes optimization and cybersecurity have been the primary issues driving the adoption, although the United Allied States comes with a different drive. The entity will benefit from Apollo blockchain’s capabilities in its e-governance. However, the program plans to pursue the principles of a free-market enterprise and individual rights and freedom.

The United Allied States recognize that government regulation can be an incentive to business or an impediment to profits and economic growth. In the past, entities have recorded massive prosperity from government actions such as reduced taxes, while others suffer due to the same imposition. In the United States’ economy, there has been a significant expansion in government regulation, which has prompted the business community’s reaction. Part of their argument is that government policies slow down innovation and are not adaptive to societal change.

In its determination to create the most prosperous state, the UAS appreciates the contribution of business enterprises. It seeks to provide the most compelling business environment focused on freedom. UAS citizens and businesses will operate free from property tax, income tax, and corporate tax. The situation is bound to draw interest in investors and foster growth and prosperity.

Freedom and Sanctity for Human Life

The United Allied States integrate freedom and respect for human life in their guiding principles. As an entity geared towards economic growth and prosperity, the safety of its citizens is paramount. As such, the entity’s Interim Attorney General, Arno Nilsen, will oversee the critical role of protecting individual rights and freedom, and respect for human life. Also, it will undertake to protect its people from violent groups deemed widespread in African countries.

UAS will use its blockchain-based e-governance system to converge government departments and their services. The platform will develop linkages between departments, ensuring that citizens and other entities that need government services access them via one platform. The ease of access and automation of government processes and payments will also incentivize start-ups, essential for the prosperity of UAS citizens.

The United Allied State’s blockchain-based government program will mark the transformation from traditional governance using rigid principles to freedom-focused e-government. UAS congress member, Cory Cozad, states that the entity’s drive is more people and economy-centered. According to Cozad, UAS devotes to improving the people and wealth creation by promoting freedom and upholding the people’s rights. Its focus is the UAS citizens, the collaborators, the neighboring states, and the world.

The entity plans to realize this vision by collaborating with countries throughout the globe and making them special economic zones. The collaborations will create a set of benefits for all uniting nations, including exceptional infrastructure and resources that will flow freely in the sovereign economic zones.