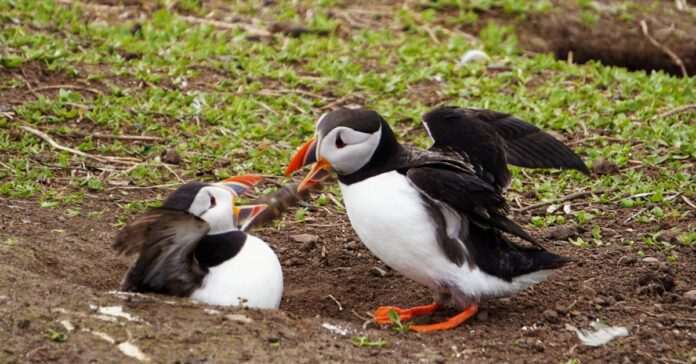 Should users who interacted with Uniswap through a third-party interface be entitled to the free UNI tokens other users received on Sept. 17?

That’s the question at the center of a dispute currently taking place in Uniswap governance channels. The second-ever proposal to come before the Uniswap community would distribute airdropped UNI tokens to another 12,619 addresses, ahead of a second proposal set for nearly 27,000 addresses.

While the vote may look extremely lopsided at the moment, the proposal will fail if less than 40 million UNI vote, establishing a quorum. The key obstacle to passage is probably reaching that threshold.

The decision is widely interesting enough to the crypto community that it’s inspired a betting market on Polymarket, which currently leans toward the pitch for further UNI distributions failing.

When the company behind Ethereum’s leading automated market maker, Uniswap, announced its governance token, UNI, in September, it surprised everyone by giving away 400 UNI to all wallets that had ever even used the decentralized application. Directly, that is.

Read more: Uniswap’s Distribution Is Built on Something That Can’t Be Forked: Actual Users

As a governance token, each UNI can be used to vote on decisions about changes to the dapp and also on expenditures from the Uniswap treasury, which has a supply of 430 million UNI or 43% of the initial supply.

The proposal under consideration now, and the one that will follow, concerns giving the airdrop to people who missed out on the gravy train through a technicality.

These individuals interacted with Uniswap using third-party software that enabled the transaction, touching Uniswap by way of a proxy contract. That made each of their wallets invisible to Uniswap itself. As the proponents of the proposal have argued: If decentralized finance (DeFi) is about money legos, what message does it send if only users of the base lego get the free crypto?

The current proposal centers on users who interacted with Uniswap via 10 different dapps – the largest being MyEtherWallet (MEW), Argent and Dharma, in that order.

The idea of a retroactive airdrop was raised almost as soon as UNI was announced by Nadav Hollander, CEO of DeFi portal Dharma. Hollander has said that as soon as people started receiving UNI, Dharma users began saying they were missing out.

“Ultimately the crux of the argument we are making is that the status quo has sort of negatively punished developers who took risks building on top of Uniswap,” Nadav Hollarnder of Dharma said during a group discussion hosted by Chris Blec, on his YouTube show, Thought Bubble.

In a Twitter thread, Uniswap founder Hayden Adams acknowledged the team was aware that some users might feel left out. That’s why Uniswap decided to leave future decisions about further distributions to UNI holders, Adams said, in part because it is hard to distinguish actual users from the many bots who also use Uniswap at a remove.

Additionally, there’s no way to know how many users of the 15 applications listed on the governance proposals may have already received the airdrop because of interacting with Uniswap directly through another wallet.

SpankChain CEO and MolochDAO summoner Ameen Soleimani wrote on the Uniswap forum that the proposal illustrates what a dangerous time-suck governance disputes can become.

“1) it doesn’t create any wealth for UNI holders, it 2) takes UNI from the treasury that could be spent on other things and 3) gives it to folks who will likely sell it, probably having a small negative price impact.”

The debate has caused an emerging class of protocol politicians to weigh in on the matter.”I would like to see this gigantic stimulus package-like situation, where we are going to fund 15 or 20 different projects, to be reframed like a development grant on an individual basis,” one such blockchain populist, Hiturunk, leader of the Penguin Party, said during the call with Hollander.