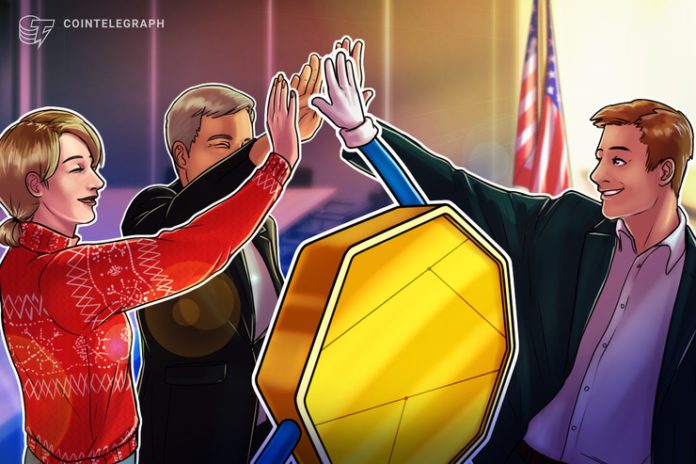 Several platforms have also obtained Swap Execution Facility licenses from the U.S. Commodity Futures Trading Commission as the crypto derivatives arena in the country expanded throughout 2019. One of the 19 CFTC-licensed platforms, Tassat, said the approval is a preliminary step to the company listing physically settled Bitcoin derivatives for institutional clients.

Overall, 2019 saw the emergence of the Bitcoin derivatives market transitioning from a corner of the broader crypto trading landscape to taking a more significant place within the industry as a whole. With the U.S. Securities and Exchange Commission refusing to approve any Bitcoin exchange-traded funds, Bitcoin derivatives seen to have become a firm favorite for institutional crypto traders, at least in the U.S.

Outside the country, the crypto derivatives bug appears to be spreading, with nations like Singapore taking definitive steps to regulate the market adequately. However, in the U.K., financial regulators are reportedly planning to issue a ban on crypto derivatives, citing customer protection concerns. The U.K. government says it will not interfere in the decision, and several industry stakeholders have called on authorities not to go ahead with the planned prohibition.

With the Chicago Board Options Exchange pulling out of the Bitcoin futures market in March 2019, the field became clear for the other provider of cash-settled BTC futures — the Chicago Mercantile Exchange. When CBOE decided to pull out, the underlying asset was still recovering from a 2018 price drop that saw BTC almost slide below $3,000.

The following month would usher in the beginning of a resurgence for BTC, with its price almost touching $14,000 in late June. While the BTC spot price was on the rise, CME’s Bitcoin futures trading volume also began to spike.

As previously reported by Cointelegraph, open positions on CME Bitcoin futures continued to increase for most of 2019. By the summer of 2019, CME was announcing a notional value record of $1.7 billion.

While the BTC spot market eventually took a downturn in Q3 2019, interest in CME Bitcoin futures still remained high. By mid-September 2019, CME was asking the CFTC to increase its BTC futures capacity due to accelerating demand.

According to an article published on LinkedIn on Dec. 18 marking the second anniversary of CME’s Bitcoin futures launch, the exchange revealed that it had traded more than 2.4 million contracts with a notional value of over $92 billion from 12.5 million BTC.

In an email to Cointelegraph, McCourt further highlighted the popularity of the CME Bitcoin futures contract, stating, “nearly half of all trading volume is from outside the U.S. in 2019 year to date.”

With institutional hedging continuing to grow throughout the year, several commentators began to argue that Bitcoin was becoming a more mature asset. In an email to Cointelegraph, Shigeki Kakutani, CEO of QURAS, a “privacy 2.0” decentralized protocol that allows anonymous transactions via smart contracts, remarked that an increasing number of trading exchanges are entering the derivatives game just as BTC volatility has begun to lessen in comparison to previous years. He added:

“Bitcoin derivatives have overall been a positive for Bitcoin as this allows for more traditional institutional investors to gain comfort in the market as derivatives are widely used in traditional financial markets. Although still a relatively young market, derivative products such as CME’s Bitcoin Futures, OKEx’s Perpetual Swap, and Bakkt’s Bitcoin Futures, are driving massive demand and have outpaced Bitcoin spot trading this year.”

In previous years, Bitcoin’s wild price swings have formed a major part of the narrative for critics who argue that BTC wouldn’t make a suitable bet for institutional investors but instead remain a speculative play.

Commenting on the role of crypto derivatives in the financialization of the broader virtual currency market, Tamer Dagli, CEO of Sinovate — a peer-to-peer blockchain digital currency project — told Cointelegraph:

“Volumes for derivatives started to take off when the market started the downturn in 2018, and traders looked for ways to profit from falling prices. The trading activity using these products now exceeds spot trading, which draws parallels to how this happened to traditional markets in the 1970s and where now, most trade is made using derivatives.”

For Dagli, the U.S. Bitcoin futures scene has potential to serve as a viable onramp for more institutional adoption. As part of his note to Cointelegraph, the Sinovate chief remarked that, “The global market for derivatives is enormous, estimates put it over $500 trillion, and the current crypto market is tiny in comparison.” He went on to say that the emergence of derivatives is essential for future adoption while also admitting that derivatives are likely to lower volatility.

Dagli, however, contends that much of the positives tied to Bitcoin futures and crypto derivatives generally remain within the institutional arena. On the retail side of the market, the Sinovate CEO explained that there are issues regarding customer protection, stating:

“From an institutional standpoint, derivatives are essential if it is to be adopted in the broader global money markets. When used correctly, they offer a way to hedge trades and manage risk. Many institutional traders will not even consider entering the space unless they have these tools. From a retail perspective, they have been mixed. The extremely high leverage that is available on many of the retail derivative products attracts traders to make hazardous trades.”

One of the major stories from the latter part of 2018 was the news that the Intercontinental Exchange operators of the New York Stock Exchange was set to launch Bakkt — a physically settled Bitcoin futures platform. Delays from needing to smoothen regulatory wrinkles with the Commodity Futures Trading Commission meant that Bakkt didn’t see its launch until late September 2019.

Despite a slow start, Bakkt Bitcoin futures trading began to soar, with contract volume and open positions setting new highs. Bakkt’s launch also coincided with a downturn period for BTC, with some suggestion that the physically settled Bitcoin futures product was exerting negative pressure on the spot market.

Right from the onset, Bakkt reiterated its decision to list physically delivered Bitcoin futures as a path toward creating a more robust price discovery paradigm for BTC as a whole. Writing on the company’s Medium account back in 2018, Bakkt CEO Kelly Loeffler stated:

“With our solution, the buying and selling of Bitcoin is fully collateralized or pre-funded. As such, our new daily Bitcoin contract will not be traded on margin, use leverage, or serve to create a paper claim on a real asset.”

Following the launch of its physically-delivered BTC futures product, Bakkt introduced Bitcoin options as well as a cash-settled Bitcoin futures contract, which debuted in ICE Singapore earlier in December. Despite Bakkt branching into cash-settled Bitcoin futures and possibly challenging CME, the latter has come out to say it has no intention of listing a physically settled BTC futures product, however, CME will be launching a Bitcoin options product in January 2020. In an email to Cointelegraph, CME’s McCourt remarked:

“At this time, CME Group has no plans to introduce additional cryptocurrency futures. Right now, we are focused on bringing options on CME Bitcoin futures to market Jan. 13, 2020, and continuing to grow our CME CF Cryptocurrency Indices.”

Back in October 2019, CME predicted that Bitcoin options will experience high demand in the Asian market. Some exchanges, including Bakkt, are expanding their services in the region, with new participants even entering the fray.

In a conversation with Cointelegraph, Jack Tao, CEO of Phemex — one of the new entrants to the Asian crypto derivatives scene — commented on the room for growth in the sector, stating:

“Our research shows that the derivatives market will grow significantly in 2020. Compared to traditional markets, the total volume of crypto is still relatively small and growth has been a consistent factor every year, regardless of bullish or bearish sentiments. We believe that increasing trust in few selected currencies is now allowing more and more people to venture into leverage trading, where a certain degree of volatility can be a positive factor.”

In November, Tassat joined the pool of platforms looking to become regulated crypto derivatives exchanges. Tassat obtained a swap execution facility approval by acquiring already licensed trueEX — a financial services firm based in New York. When asked about the company’s next steps, Tassat’s chief commercial officer, Michel Finzi, wrote to Cointelegraph, stating that the company is getting ready to launch their first product, a leveraged, physically deliverable Bitcoin swap:

“We have been in user acceptance testing (UAT) for some time and have a number of participants lined up. From a technological and regulatory point of view, we have the ability to launch our exchange when both we and our clients are ready. Our focus is on making sure all operational matters are properly attended so that we can have a successful launch.”

With this expected increase in crypto derivatives trading, spot prices of cryptocurrencies could be negatively affected. For McCourt, such fears are unfounded. “Many factors can impact prices, including supply and demand of physical Bitcoin, geopolitical events or other macroeconomic factors,” wrote the CME executive in an email to Cointelegraph. Providing further commentary on the prospects of the crypto derivatives market, Kakutani of QURAS wrote to Cointelegraph, stating:

“Although still a relatively young market, derivative products such as CME’s Bitcoin Futures, OKEx’s Perpetual Swap, and Bakkt’s Bitcoin Futures, are driving massive demand… One of the advantages of Bitcoin derivatives is that leverage can be used to make large transactions with a small amount of capital while being able to forecast future market risk and speculate on price volatility. However, if the number of BTC derivative transactions increases significantly, there is a possibility that the derivatives will cause Bitcoin’s market price to rise or fall sharply.”

While optimism evidently remains high, crypto derivatives platforms in the U.S. will be hoping that the Commodity Futures Trading Commission doesn’t take a leaf from the playbook of the U.K.’s Financial Conduct Authority in moving toward banning crypto derivatives. The U.K.’s top financial regulator argues that the market poses risks to retail investors.