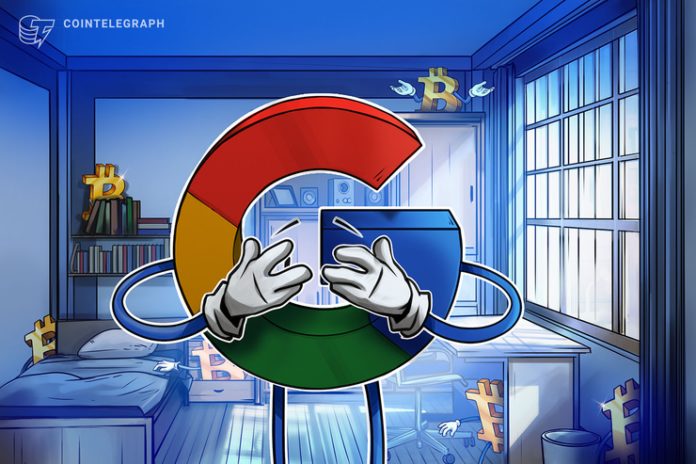 Last month, the value of Bitcoin (BTC) nosedived to around the $6,500 mark after having stayed above the $8,000 threshold for a considerable period before that. This downturn showcased Bitcoin’s worst market performance over the past seven months — with the flagship crypto asset’s last stoop below the $6,500 mark occurring in May.

However, even with this aforementioned reversal in BTC’s fortunes, data available on Google Trends suggests that global interest in the premier cryptocurrency seems to increase every time the asset witnesses sudden price movements — positive or negative. Also, it bears mentioning that last month, the term “Bitcoin” reached its highest search ranking since Oct. 26, a time when the coin was trading above the $9,200 mark.

Lastly, another interesting point worth highlighting is that the majority of the interest being directed toward Bitcoin seems to be coming in from developing African nations such as Nigeria, South Africa and Ghana as well as smaller European countries like Austria and Switzerland.

Correlation between BTC Google Trends data and its price

According to data available online, a vast majority of Bitcoin-related Google search interest this year has come during periods when the cryptocurrency was either surging or rapidly losing its value.

For example, between June 19 and June 29 — a period when BTC’s price rose quite sharply from around $9,000 to just over $12,900 — global interest in the currency reached a 12-month apex. Similarly, another complementary spike was observed during the second week of May, a time when Bitcoin’s price rose from $5,500 to just over $8,000.

Interest in Bitcoin once again surged between July 14 and 20, a period during which BTC lost over 10% of its value. The exact same trend was then witnessed three times more, once during the third week of September, when the price of Bitcoin slid from just over $10,000 to around $8,000.

To elaborate further on the matter, Cointelegraph reached out to Jeroen Van Lange, founder and analyst for YouTube channel The Blockchain Today. He concurred that Bitcoin’s increased volatility seems to be resulting in higher search volumes on Google. On the subject, Van Lange highlighted:

“On the 24th and 25th of September Bitcoin dipped from 10080 to 8126. On those exact dates we are seeing a spike in volume on Google trends. The same counts for 25th and 26th of October, huge volatility increases search volume.” 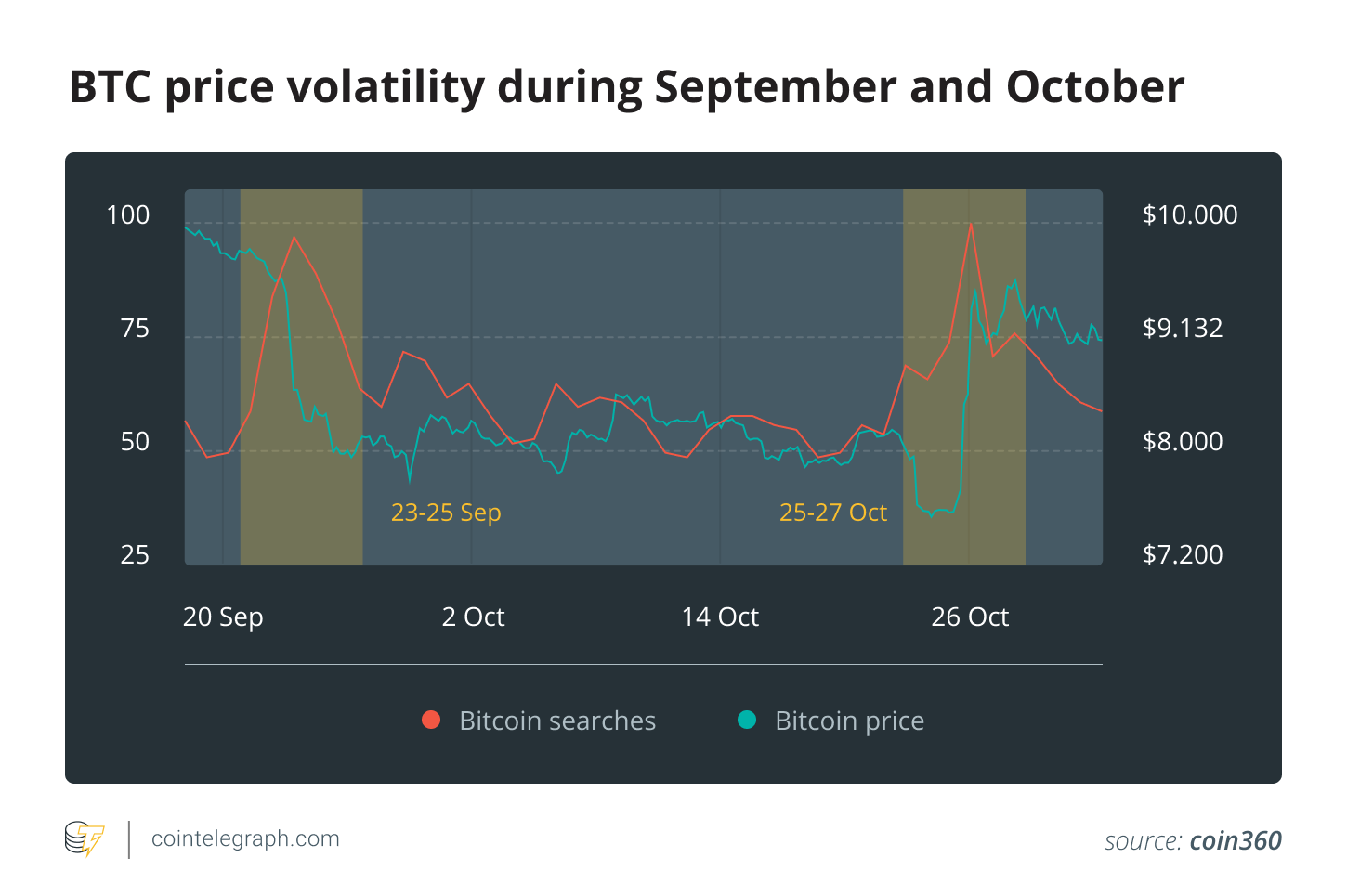 He then proceeded to add that Tether’s market cap can also be used as an excellent indicator as to whether any new money is entering the crypto space or not — which, as per the chart below, suggests that there hasn’t been too much new money flowing into the market over the past few months. 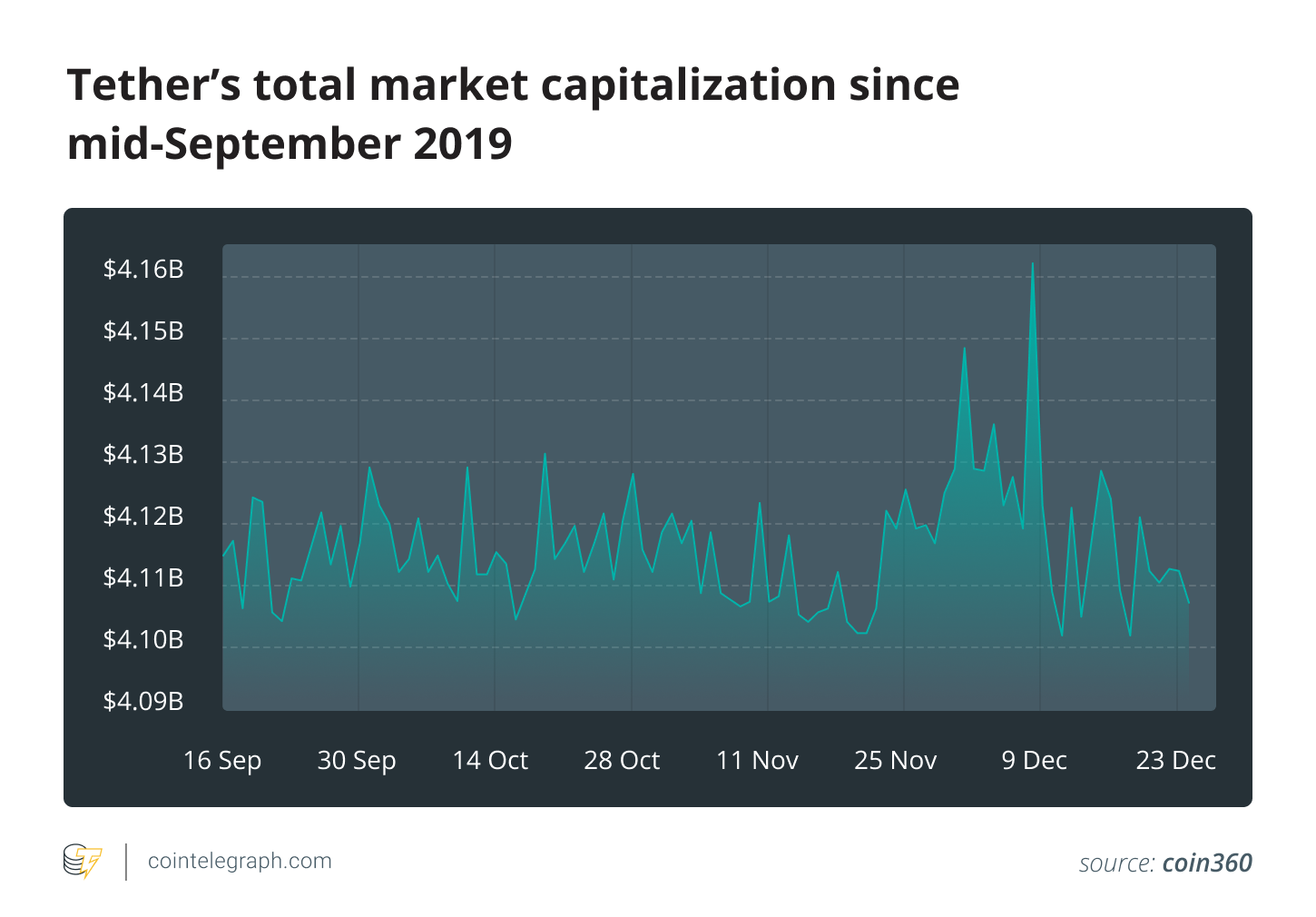 However, Alexey Ermakov, the CEO of Aximetria — a crypto-centric mobile banking platform — is of the opinion that conjuring up correlations between the price of BTC and its related inquiries on the internet is a futile effort.

In his view, such associations can be invented at any time by any individual or entity that wants to create a pro-Bitcoin sentiment in the market, and are basically a means of spreading misinformation on the internet. On the subject, Ermakov told Cointelegraph:

“All of this seems inappropriate. You need to look at more functional ways, like hash rate and mining. Everything else are signals that either push up or down.”

Lastly, it is projected that in the next few months, Bitcoin will continue to garner more and more mainstream traction, as the currency’s upcoming halving is set to take place sometime after the second week of May 2020. Around this time, many analysts predict that the crypto market as a whole will witness a new parabolic bullish phase.

Developing countries are onto Bitcoin

As mentioned previously, Google Trends data suggests that a lot of interest related to Bitcoin appears to be coming from developing nations such as Nigeria, Ghana, South Africa, Venezuela, Slovenia and Brazil.

Not only that, it also appears as though the aforementioned countries are aggressively exploring the overall potential of distributed ledger technology, or DLT, so as to boost their economies’ growth. In this regard, Jeroen points out that what Nigeria, South Africa and Ghana all have in common is that their local currencies are declining in relation to the United States dollar. He also highlighted:

“Bitcoin has a tremendous important use case in those countries where we see the local currency failing.”

Additionally, it is a well-known fact that many African nations are currently struggling with inflation-related issues that have led to an increase in the use of crypto across the region. In this regard, a recent study has shown that South African internet users own the highest amount of digital assets (with a ratio of 10.7%) among all of the top crypto adopters in the world. Similarly, on Nov. 26, the governor of the Bank of Ghana announced that the West-African nation is currently in the process of developing its very own digital currency.

In a similar vein, Gregory Klumov, CEO at euro-backed stablecoin company Stasis, told Cointelegraph that a number of African countries (particularly ex-French colonies) are currently making use of the euro as their second official currency.

As a result of this, there is a strong euro-based crypto remittance market that is much cheaper for the average person to access — especially with the advent of many new decentralized applications that can be deployed using a smartphone.

Lastly, developing nations stand to gain a whole host of advantages by adopting cryptocurrencies as well as DLT-enabled technologies, since they help in eliminating various issues related to corruption, red-tapism and centralization by introducing an unparalleled level of transparency.

For example, in East Africa, a number of local entrepreneurs have started to make use of novel payment platforms such as BitPesa that allow individuals to make cross-border transactions in a highly streamlined and cost-effective manner. Similarly, cryptocurrency use in countries like South Africa, Nigeria, Zimbabwe and Venezuela has increased quite significantly over the last year or so, as these assets present the masses with an opportunity to democratize the way in which their governments handle their money.

Will Bitcoin’s upcoming halving have an impact?

Historically speaking, every time a Bitcoin halving has taken place in the past, the event has been followed by the start of a parabolic growth phase for the asset. However, the mid- to long-term trend for BTC appears to be different this time around.

This is because the crypto market has witnessed a steady growth in the adoption of Bitcoin over the last couple of years. Thus, if this trend continues as expected, then the event — which will halve the existing BTC native block reward to 6.25 — will serve as a catalyst for increased price action.

It can be seen that during Bitcoin’s most recent halving cycle — which took place on July 9, 2016 — the currency’s value increased nearly tenfold, with the price of a single coin rising from $268 to just over the $2,500 mark over the following 12 months. After the event, Bitcoin’s native block reward quotient dropped from 25 BTC to 12.5 BTC. 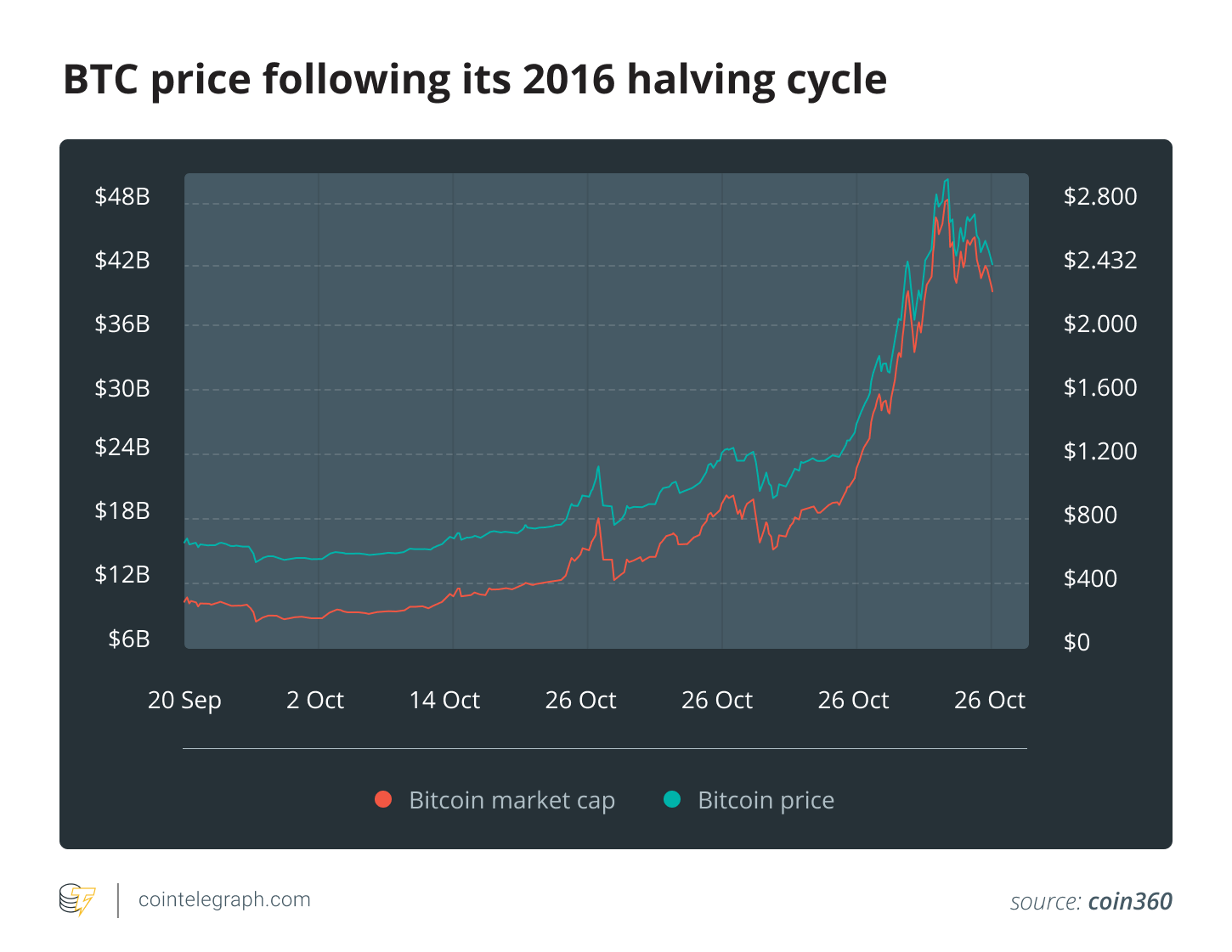 Providing his insights on the matter, Ermakov believes that the halving event, combined with the 2020 U.S. presidential election, will quite likely result in the value of BTC surging in the coming future. He also sees the currency’s adoption rate continuing to increase, as Bitcoin is considered by a lot of investors as being an ideal way of escaping the incoming political uncertainty that is bound to engulf the global finance sector as the election finally draws near. Ermakov further commented:

“The ongoing trade war between China and the United States, a possible economic crisis, the launch of a Chinese stablecoin will increase the popularity of Bitcoin, and probably increase its value.”

Lastly, when looking at Bitcoin’s previous halving cycles, it becomes clear that such an event will most likely push the price of the cryptocurrency in an upward direction as well as draw more people into this burgeoning space.