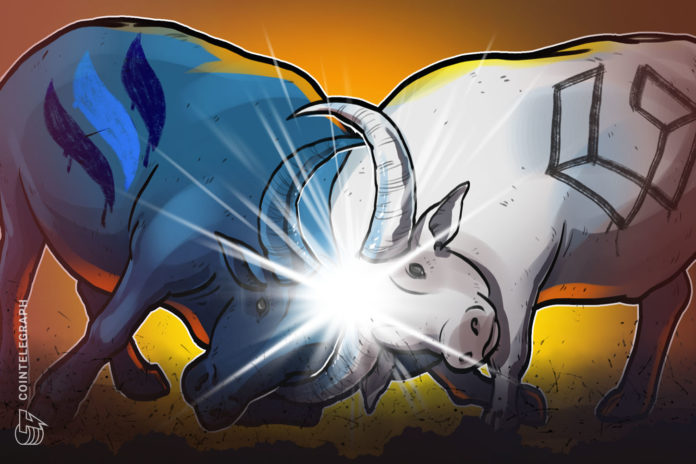 The founder of investment firm Wilshire Phoenix, William Herrmann, said his firm’s recently filed U.S. Bitcoin fund notably differs from anything else currently on the U.S. market, based on its Bitcoin price sourcing and involved third parties. In an email exchange with Cointelegraph, Herrmann didn’t mention Grayscale’s Bitcoin Trust by name, but Grayscale is the most well-known U.S. product in the space.

“The digital asset market has obviously experienced exponential growth, but the products currently in the space have not evolved with such growth,” Herrmann told Cointelegraph. “We think investors deserve more.”

Grayscale Investments’ Bitcoin Trust (GBTC) sits as one of the main players offering a similar product on the traditional U.S. market, although GBTC often hosts sizeable premiums and charges a 2% annual management fee to investors. Wilshire’s product eyes a 0.90% fee.

A spokesperson for Grayscale declined to comment, saying they had “nothing to add” on Wilshire’s new product filing and fee structure.

Wilshire Phoenix filed an S-1 registration with U.S. Securities and Exchange Commission on June 13 for its Bitcoin Commodity Trust, signalling its intention to offer a new investment vehicle to retail investors. With BCT as its ticker symbol, Wilshire aims to have its product “quoted on OTC Markets Group, Inc.’s OTCQX Best Marketplace (the “OTCQX”),” according to the filing.

Grayscale’s GBTC offers a similar opportunity, although the product often yields a price premium, meaning users often pay more for GBTC than the underlying Bitcoin bought on crypto exchanges. Additionally, GBTC does not currently offer the ability to redeem shares in the trust for Bitcoin.  The fund’s website currently states:

“Even though this will still not be an official ETF [exchange-traded fund], competition for GBTC is badly needed because their average price premium of 20% + a 2% annual fee are very unfortunate,” well-known derivatives trader Tone Vays told Cointelegraph when asked about Wilshire’s registration filing.

“Markets are supposed to be efficient for those that want to hold Bitcoin in their retirement accounts, and currently we do not have efficiency,” added Vays, who is organizing an event focused on Bitcoin investment education for later this year called The Financial Summit. Vays also regularly analyzes price action for GBTC  on his YouTube channel.

When asked for how specifically Wilshire’s BCT will differ from its other U.S. competitors, Herrmann alluded to Wilshire’s partnerships with Fidelity Digital Assets and Broadridge Financial Solutions. “Wilshire has retained well-known, unaffiliated third-party service providers – similar to how a more traditional financial product is structured,” he said. “We think this provides for important checks-and-balances throughout the product’s lifecycle.”

The S-1 registration filed with the SEC listed a number of players involved in the product, including Broadridge Financial Solutions, and custody provider Fidelity Digital Assets. Wilshire could have chosen Coinbase for holding the Bitcoin backing the product, but decided instead on Fidelity. “Both institutions are best in class, we just felt that Fidelity was the best fit for this product,” Herrmann said.

Cointelegraph reached out to Fidelity for comment, but has not yet received a response.

Wilshire’s Bitcoin fund plans on deriving its Bitcoin pricing based on the Chicago Mercantile Exchange’s, or CME’s, Bitcoin Reference Rate, or BRR.

The BRR “is a transparent and industry recognized rate and is the same rate that the CME uses to cash settle its Bitcoin futures,” Herrmann said. “I think this provides for a more industry recognized and accepted price discovery process for the bitcoin assets.”

Recent days have yielded growing Bitcoin ownership interest from the mainstream. As more of the public looks to invest in the asset, products such as Wilshire’s BCT make Bitcoin investment simpler and more accessible. But for now the firm must anxiously await regulatory reproval.

Of that process Hermann said: “We look forward to working with both SEC and FINRA staff in connection with the issuance of the shares and having the shares quoted on the OTCQX.”

Disclosure: The author of this article holds a small amount of GBTC.