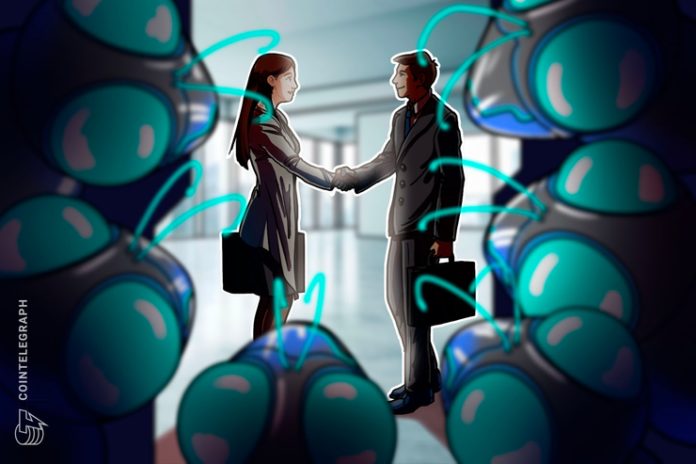 Cryptocurrency could be a game-changer for combating crime, a notion illustrated by CipherTrace’s newly formed partnership with the Anti-Human Trafficking Intelligence Initiative (ATII). CipherTrace, a leader in blockchain security, has announced that it will join forces with ATII to use crypto analytics to advance the organization’s goal of combatting global human trafficking.

Pamela Clegg, CipherTrace’s director of financial investigations and education and a former United States intelligence service officer, will serve on ATII’s advisory board, which consists of leaders with experience in anti-money laundering and cryptocurrency. Clegg will provide ATII with expertise on the subject matter, while helping with investigations as needed.

“CipherTrace’s partnership with ATII is in-depth, as we are serving on their advisory board, but also standing by for investigations when they need help. We will also be exchanging information with ATII involving human trafficking organizations and sources that can be tracked,” Clegg told Cointelegraph.

CipherTrace will also provide ATII with a license for its user interface, a powerful tool that allows users to trace transactions involving more than 700 virtual assets.

Under U.S. law, human trafficking, also referred to as modern-day slavery, falls under two definitions. One is “Sex trafficking in which a commercial sex act is induced by force, fraud, or coercion, or in which the person induced to perform such act has not attained 18 years of age.” The second definition is slavery for forced labor or services.

According to statistics from Human Rights First, human trafficking generates billions of dollars a year for traffickers. While this may be the case, ATII’s Founder and President, Aaron Kahler, told Cointelegraph that there aren’t specific laws in place against human trafficking.

“There are laws and regulations for anti-money laundering and terrorist financing, but a lot of these laws are not required for human trafficking. To get that message across and to get institutions to care, you have to leverage corporate responsibility and make that happen. As a non-profit, we are trying to bring anti-human trafficking programs, data, technology and training to financial institutions, like banks and crypto exchanges.”

“There has been mounting concern about the use of cryptocurrency in Human Trafficking and Child Exploitation. It’s is a high-risk threat in an unregulated world that is plagued by criminal activity.”

While this may be the case, Cameron pointed out that criminal activity can be traced back through cryptocurrency and then further investigated.

“Bitcoin is the number one payment method for ransomware, as it provides a layer of anonymity which can help keep criminal identity private. However, people make mistakes and they have to obtain Bitcoin from somewhere. Many of these places require KYC and need to fund their account one way or another. An investigation into Backpage uncovered 1,843,907 Bitcoin wallet’s in use on the site. This would indicate that there were at least 1,843,907 or more wallets that initially sent Bitcoin funds to these addresses. The withdrawals are likely an escort or a sex trafficker who will eventually be looking to cash out.”

Moreover, Clegg pointed out that while it is still difficult to determine how much human trafficking is actually being funded by crypto, CipherTrace and ATII can get a better understanding of these numbers based on known information coming from money laundering or dark market transactions.

“The big difficulty we are facing now with human trafficking intelligence is that there are not good numbers showing how much human trafficking supports crypto or how much crypto is used to fund human trafficking. But most international agencies have information on logistical support for human trafficking, such as the movement of people. CipherTrace and ATII can work together to see how victims are being sold on the dark market and determine how much of that is funded through cryptocurrency.”

While CipherTrace has been working with several different agencies to combat human trafficking, such as INTERPOL and Lawyers Without Borders, Clegg noted that working with ATII will really shed light on the matter:

“As with most criminal organizations and activities, following the money is the most effective way to combat this global crime, which is what CipherTrace is doing with ATII. As ATII comes across an identified human trafficking case and its address, or if we come across that information, we can exchange data to further investigate.”

Echoing Clegg, Kahler noted that the partnership with CipherTrace will allow the two to dig deeper into crypto as a whole, not only looking at human trafficking, but also for child pornography cases involving crypto that can be further investigated.

“When we come across these use cases, we can use forensic tools and human expertise to break down the case and unravel the entire network. I’m guessing that other anti-human trafficking organizations will do the same soon,” said Kahler.