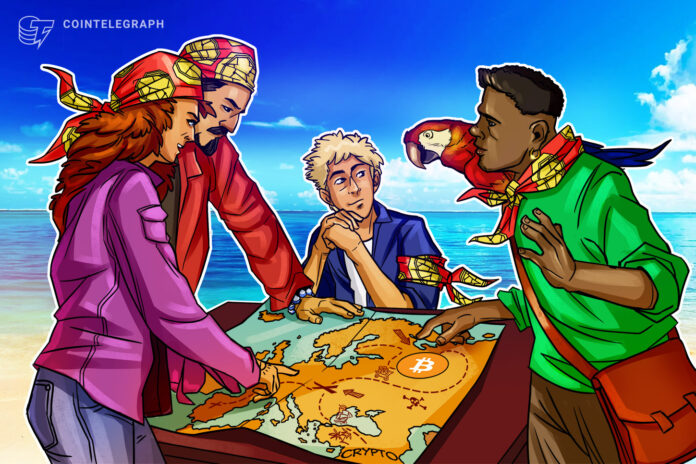 A serialized web-comic called Bulltardia is hiding twelve keys which form a seed phrase for a Bitcoin (BTC) wallet containing 0.1 BTC. The first two episodes are included in volume three of the Bitcoin culture fanzine, Citadel 21.

There have been a number of opportunities for those who like cryptic puzzles and free Bitcoin, from early treasure hunts through the streets of Barcelona, to clues hidden in graffiti art and even an album full of music.

Now, especially for those who like comic books and graphic novels, comes another opportunity to solve the clues, crack the code and access a wallet holding 0.1 BTC ($940 at press time).

The worlds of Bitcoin and comic books collide

Bulltardia is a serialized web-comic, written and drawn by Dim Zayan, and holding the twelve clues to the aforementioned wallet’s seed phrase.

Currently the first two episodes, “A Prayer To The Moon” and “Honey Badger Doesn’t Care” are available in the latest volume of Citadel 21. Future episodes will be released over the coming months.

The story so far…

As one may have noticed from the episode titles alone, the Bitcoin inspiration is strong.

There is a shadowy collector flanked by bodyguard bears, imprisoning those who conspire against the oppressive “holy church of fiat,” and pray to the moon.

And then there is the petulant honey badger hero called Bit, who won’t do favours for free, and is a bit of a brat, all told. He gets sent on a mission by his father, Satoshi, to return a moonstone (bearing a Bitcoin B) to the moon, and hopefully grow up a bit on the journey.

As mentioned there are only two episodes in so far, and Cointelegraph will provide a full review once further episodes are forthcoming. Zayan promises that the upcoming episode three will introduce a formidable supervillain and make abundantly clear the reason for the comic strips title, Bulltardia.

In the meantime, treasure hunters can pore over the first two episodes looking for words from the seed phrase to that wallet. Readers have even been given a clue already. The first key is one of the reasons the honey badger doesn’t care.