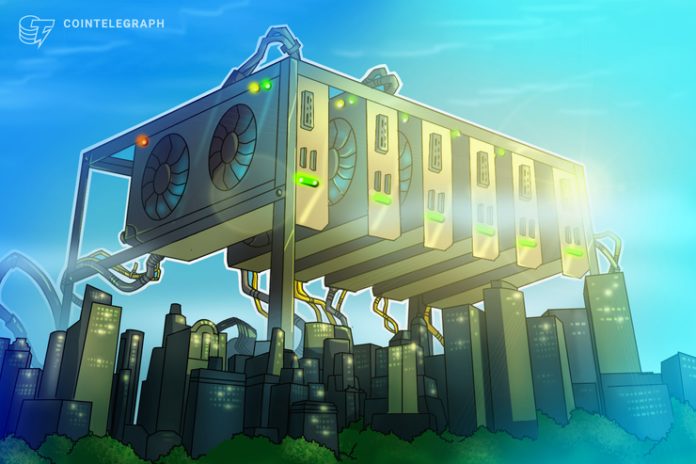 Cryptocurrency mining firm Riot Blockchain announced the purchase of an additional 1,000 next-generation Bitmain S17-Pro Antminers on  Dec.12. This completes the upgrade of its Oklahoma City mining facility, following an initial purchase of 3,000 units announced on Dec. 4.

The latest generation of Application-Specific Integrated Circuit miners from mining hardware giant Bitmain represents an approximate 50% improvement in hardware power efficiency compared to the S9 Antminers currently in use by Riot.

The company anticipates that the new miners will generate 440% of the hashrate of the S9s while consuming only 220% of the power.

Riot mined over 1,820 Bitcoins (BTC) in Q3 2019, posting a gross profit margin of 14% (excluding depreciation and amortization), and hopes to increase these figures when its new purchases are deployed in Q1 2020.

Assuming full utilization of the Oklahoma City facility’s 12-megawatt available electricity supply, and deployment of the total 4,000 new miners, Riot estimates the aggregate operating hashrate will be around 248 petahash (248 quadrillion hases) per second.

Riot reportedly paid around $1.35 million dollars for the additional 1,000 S17-Pro Antminers, or approximately $1,350 per rig. The retail price listed on the Bitmain web-store is $1401 per unit, although this is unlikely to include local sales tax.

In April this year, Riot Blockchain announced its intention to launch a regulated cryptocurrency exchange in the United States by the end of Q2 2019. To date, however, this has still failed to materialize.