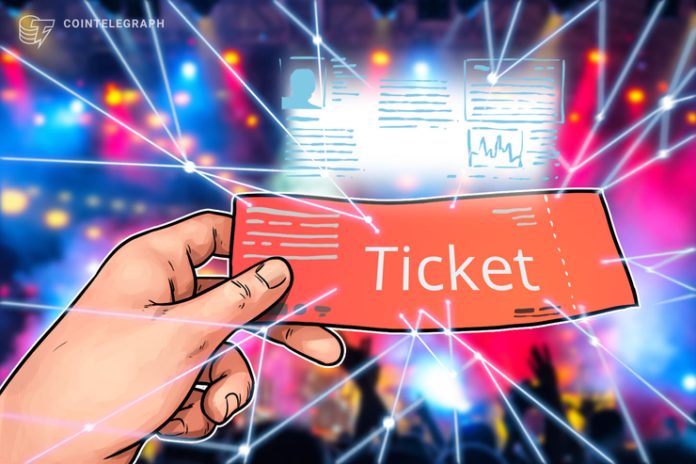 Ticketmaster, one of the largest event ticket distributors in the world, announced in October 2018 that it had acquired Upgraded, a blockchain technology company specializing in live event ticketing.

By applying blockchain technology, Ticketmaster set out to solve some of the biggest challenges facing the billion-dollar ticketing industry. For example, the company intends to use blockchain to provide event creators with more control and visibility over ticket distribution, while protecting fans against fraudulent tickets.

On Dec. 9, Ticketmaster’s vice president of blockchain products and Upgraded’s former CEO, Sandy Khaund, discussed how Ticketmaster is currently leveraging blockchain for use cases that are being piloted.

In particular, Khaund mentioned that smart contracts will eventually enable Ticketmaster to sell “smart tickets.” Khaund explained, “We are writing specific code for each ticket we sell and then running that on a private blockchain.”

Khaund pointed out that Ticketmaster applied smart contracts to a pilot use case where tickets for a Pearl Jam concert were being sold for $150 a piece. The smart contracts were meant to ensure that tickets could not be sold for more than the amount they were purchased for. Each smart contract contained an override function for transfers, along with a transfer counter.

While this use case demonstrated the potential that blockchain can bring to the ticketing industry, some questions remain. The CEO and founder of EventChain, Ashton Addison, told Cointelegraph:

“The whole point of implementing blockchain in the ticketing industry is to bring back fairness to the artists, event organizers and fans. For example, a major problem facing the industry is counterfeit tickets. Blockchain can prevent this by allowing attendees to verify the authenticity of their tickets. This also turns tickets into scarce digital assets, which are unable to be double sold.”

Regarding the smart contracts Ticketmaster has been piloting, Addison mentioned that while this sounds very preliminary, it could be beneficial if implemented properly, saying: “This could be useful for artists, organizers and fans alike, but Ticketmaster has a bit of a way to go before fully implementing this technology.”

Addison pointed out that if implemented correctly with tickets, smart contracts can be used to provide event organizers and artists the control of the tickets’ price — even on secondary markets — while also adding kickbacks and other variables through smart contracts.

Moreover, once controlled pricing of tickets is achieved, demographics can be captured that would allow the secondary market to cater to fans directly — creating a truly decentralized solution for the ticketing industry. Addison went on to explain that smart contracts will enable peer-to-peer transfers:

The author of the book Blockchain Revolution and co-founder of the Blockchain Research Institute, Alex Tapscott, also pointed out that Ticketmaster’s use of blockchain technology could potentially harm the ticketing industry. Tapscott noted that Ticketmaster’s dominance over the ticketing market could create less decentralization, even when smart contracts are applied. Tapscott told Cointelegraph:

“The recent digitization of tickets has turned scalping from a decentralized market to one where one central scalper, Ticketmaster for example, controls the entire market. As a result, these middlemen can charge egregious prices because there is no price discovery happening in an open market.”

Tapscott suggested that tokenizing event tickets could solve many problems facing the industry, as individuals would be able to barter and trade peer-to-peer, enabling better price discovery, lower rates and fewer counterfeit tickets — and would presumably end, “the double spend problem which still occurs with photocopies of barcodes, for example, and less value being captured asymmetrically by some sanctioned middleman like Ticketmaster.”

Yet, while tokenization may be the missing link needed to provide a truly decentralized ticketing market, industry experts still find Ticketmaster’s use of blockchain to be an important step in achieving a more efficient ticketing system.

“The concept that there won’t be price discovery because of Ticketmaster using blockchain doesn’t ring true to me. While there might be a better way to do it, I don’t think that Ticketmaster will gain control of the ticketing market. If anything, this is an experiment to move the market in the right direction.”

One concern Rakov brought up was Ticketmaster’s use of a private blockchain. While private blockchains are capable of handling more transactions per second, they provide less transparency to those outside of the network. “We think open is a better way of doing this as opposed to closed,” Rakov said.

While providing insights to secondary markets can be achieved easier using a public blockchain, there are still some crucial advantages a private blockchain could bring to ticket distributors. Jerry Cuomo, the vice president of blockchain technologies at IBM, told Cointelegraph that a blockchain solution, such as IBM’s own True Tickets, can address many problems facing the ticketing industry, such as fraudulent tickets and scalping, by ensuring ticket traceability, authenticity and fair pricing, concluding that:

“They are adding value in the form of ticket controls and analytics to identify who ‘true fans’ are and how to reward them via special or exclusive offers.”

True Tickets creates and preserves ticket provenance by identifying all buyers and sellers to ensure that both the tickets and the people buying them are legitimate. It also serves as an immutable ledger that allows artists, venues, promoters and fans to track a ticket through each stage of its lifecycle — from its creation to its use at an event.

According to Cuomo, while the solution is still in its very early stages, True Tickets and Shubert Ticketing have plans to launch a pilot to test secure mobile tickets for Broadway shows in 2020.

It’s not really about the blockchain

While a number of ticketing distributors are starting to utilize blockchain technology in different ways, one point that each company seems to agree on is that it should be kept in the background. “When we use blockchain, we don’t want people to know. We want people to like the product,” Khaund said on stage at Elev8con. Echoing this, Addison also noted that event organizers shouldn’t have to learn about blockchain:

“There is a lot of  technical expertise required behind the inner workings of blockchain. Event organizers typically aren’t technical and therefore won’t care about the technology being used to secure tickets. They just care about keeping fans and artists happy.”