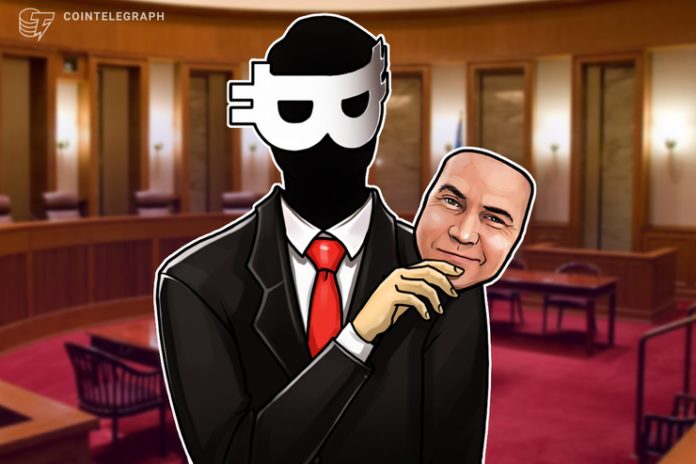 Self-proclaimed Bitcoin (BTC) creator Craig Wright, showed what he claims is a document that explains the origins of the Satoshi Nakamoto pseudonym.

In an interview published by industry news outlet Modern Consensus on Dec. 19, Wright has shown to his interviewer a document representing an article from digital database of an academic journals JSTOR, dated Jan. 5, 2008.

The article is about a person named Tominaga Nakamoto, who lived between 1715 and 1746 in Japan. The document also contained the following handwritten notes:

According to Wright, he has chosen the name Nakamoto in honor of Tominaga Nakamoto. The handwritten note compares him to Adam Smith, who is by many regarded as the father of modern economics. When asked whether Nakamoto’s economic ideas were the reason why he has chosen his name, he answered:

“In part, yes. He wrote about money and honest money and the rational nature of things. The shogun [feudal ruler] at the time was in financial crisis, and economic austerity. […] I like the description of him, and I got into his brother, Tōka. ‘Nakamoto was upright and quiet but impatient in character’ and I thought: ‘That sounds like me.’”

When it comes to the first word of the pseudonym, Satoshi, Wright says it means “intelligent learning.” This, he explained, refers to one having access to the knowledge conquered by his ancestors.

While Wright claims to be Satoshi Nakamoto, in November he also informed the plaintiff that he could not finance a 500,000 BTC ($3.7 billion) settlement in the case that the Kleiman estate initiated against him. Dave Kleiman was a cyber-security expert, whom many believe to have been one of the first developers behind the Bitcoin and blockchain technology who died in April 2013.

Kleiman’s estate, led by David’s brother Ira Kleinman initiated the case in February last year, accusing Wright of stealing hundreds of thousands of Bitcoins — worth over $5 billion — after the developer’s death.

Satoshi Nakamoto is known to have mined the origin blocks on the Bitcoin blockchain, the so-called Satoshi blocks and consequently should own a significant number of coins on his/her address.