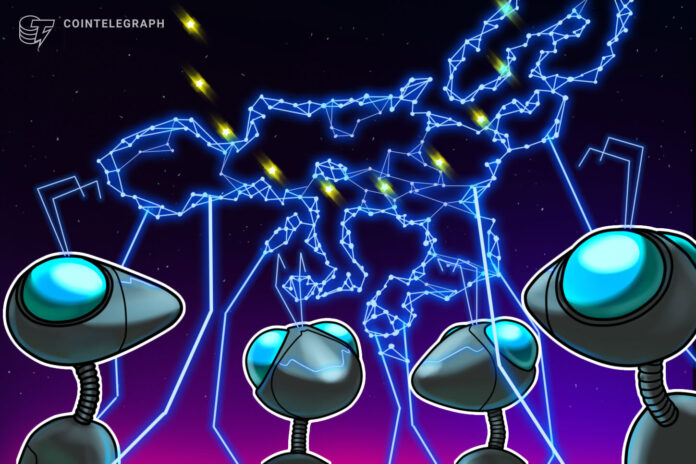 According to a June 18 announcement shared with Cointelegraph, Helium will start shipping its network’s Hotspots to Europe in July.

The announcement also notes that the firm just launched Helium Tabs. Helium Tabs are devices that leverage the decentralized network for tracking purposes. According to the official website, they have a battery duration of over 6 months.

The hotspots are both low-power wireless access points accessible from up to 10 miles away and nodes on the Helium blockchain. Node operation is rewarded using the firm’s Helium (HNT) tokens. Nodes are also accessible through internet-of-things, or IoT, devices that conform with the LoRaWAN low-power wireless telecommunication standard.

The network is meant to allow IoT devices to access a wireless network. It also acts as a gateway to the internet and requires very little power usage on the device’s part. Devices on the network can also send transactions through the Helium blockchain.

A rapidly growing network launched by a P2P veteran

The network already features over 4,255 hotspots, most of which are located inside the United States. Per the announcement, Helium’s network currently covers over 700,000 miles across North America in 1,000 cities. It is worth noting that the firm launched its wireless network nodes just about a year ago, in mid-June 2019.