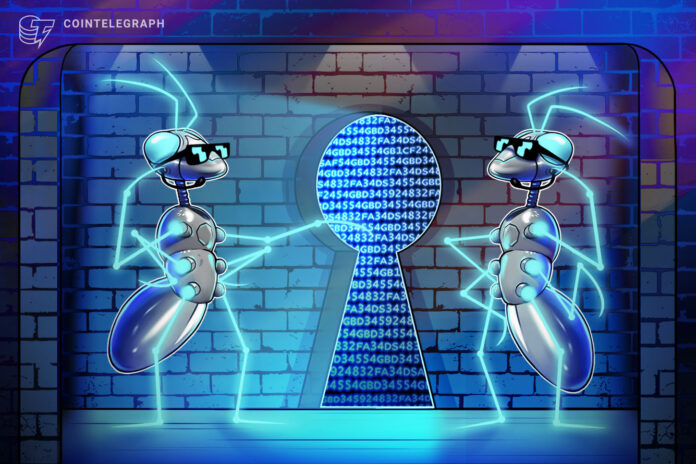 Several data violations, like the Cambridge Analytica scandal, have brought forth questions regarding how companies and governments should deal with the data entrusted to them, and they have also increased the search for the development of new technologies to preserve the privacy of companies and users.

In this regard, contrary to the initial perception of many, blockchain technology may not only be compatible with the GDPR but may also help increase privacy levels and data protection, and return the property of data back to the individuals. As such, blockchain technology can be used as a privacy tool. For that reason, many industry players have started competing for leadership in this area.

Blockchain technology as a solution

Blockchain technology allows a significant number of interactions to be codified and increases reliability, eliminating the political and business risks associated with the process managed by a central entity. Moreover, they reduce the need for traditional validators of authenticity (intermediates).

On top of blockchain architecture, it is possible to execute applications of different companies and even of several kinds together. That allows an extremely efficient and continuous interaction. An audit trail is now possible where any person can verify and ensure that the processing is correct.

However, when talking with companies regarding the creation of applications in blockchain, two main inquiries always come up: scalability and privacy.

If you wish to read more about scalability, you can find a complete analysis here.

Regarding privacy, there are already countless blockchain projects in development for implementation (as we are going to see in the second part of this series). Many of them are perfectly compatible with the current stage of legislation and technology. However, it is essential to know what privacy is.

Privacy is the capability of determining what kind of information is collected from the data we make digitally available. It is the capacity to decide what data websites are permitted to collect when shopping, the kind of music we listen to, or the times of the day when we like to buy things.

Protection is the safety of the data once it has already been collected.

The former is a user’s right, which is frequently violated in the current digital culture. The latter is under the data collector’s responsibility.

As professor of business management at Harvard Business School Shoshana Zuboff teaches, we are in what her book is titled The Age of Surveillance Capitalism. In other words, it is a market of human behavior prediction. Large companies and corporations have been gleaning behavioral data, using new technologies, and have started to build the essential fuel that drives capitalism as an economic system.

At that point, the rights to privacy require a forward-looking privacy framework that positively delineates privacy parameters also under the umbrella of emerging technologies to avoid invasions, violations and problems.

How does the demand for privacy present itself to companies and consumers?

Companies and consumers have very different demands when it comes to privacy. Companies usually require privacy in the form of transaction data. Examples include the name of the product, amount, price, address, personally identifiable financial information, and so on.

The participants of the network are usually known. Nevertheless, depending on the functions they perform in the company, they may have access to specific data in the system that is blocked or selectively limited to other participants.

Imagine, for instance, a broker who does not need to learn the content of a specific shipping container, but only that it has arrived.

In comparison, while companies are usually subject to substantial commercial regulations about privacy, consumers wish to protect their identity, credit card information or other sensitive data to avoid fraud or identity theft. However, the fact is that they have shown less awareness and concern for privacy.

Privacy, in other words, is not usual in the daily life of consumers. Most people voluntarily sacrifice their privacy for convenience or free access (accepting cookies, using free Wi-Fi, surfing on the tracked web, etc.).

After these considerations, we will dig deeper by taking a look at how the records occur on a blockchain in part two.

This is part one of a three-part series on privacy with blockchain technology — read part two here and part three here.

Tatiana Revoredo is a founding member at Oxford Blockchain Foundation and a strategist in blockchain from Saïd Business School, University of Oxford. Additionally, she is an expert in blockchain business applications from MIT and the CSO of theglobalstg.com. Tatiana has been invited by the European Parliament to the Intercontinental Blockchain Conference and invited by the Brazilian Parliament to the Public Hearing on Bill 2303/2015. She is the author of two books — Blockchain: Tudo O Que Você Precisa Saber and Cryptocurrencies in the International Scenario: What Is the Position of Central Banks, Governments and Authorities About Cryptocurrencies?