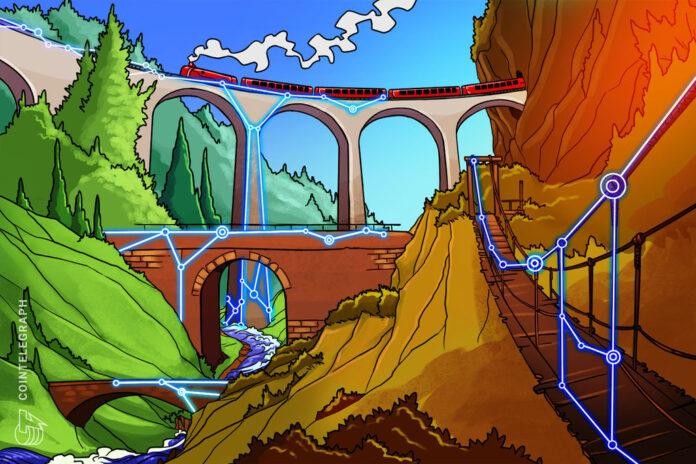 A blockchain bridge provides a connection that allows for the transfer of tokens or data between two different blockchain ecosystems.

A significant challenge of blockchains to date is their lack of interoperability. Once a developer builds their decentralized application on any particular platform, they&rsquo;re generally locked into that platform with no opportunity to leverage any of the benefits of other blockchains.

For example, Ethereum has well-documented scalability issues that many developers probably hoped would be solved by now. If they move to another, faster platform, such as EOS, then they lose out on the benefits that Ethereum does offer: a large community, a widely supported token standard and the most-adopted smart contract platform.

Therefore, a developer can use a bridge to send their token from one blockchain platform to another, leveraging the benefits of both. In a truly interoperable blockchain ecosystem, tokens, data and smart contracts could potentially travel between many different platforms.