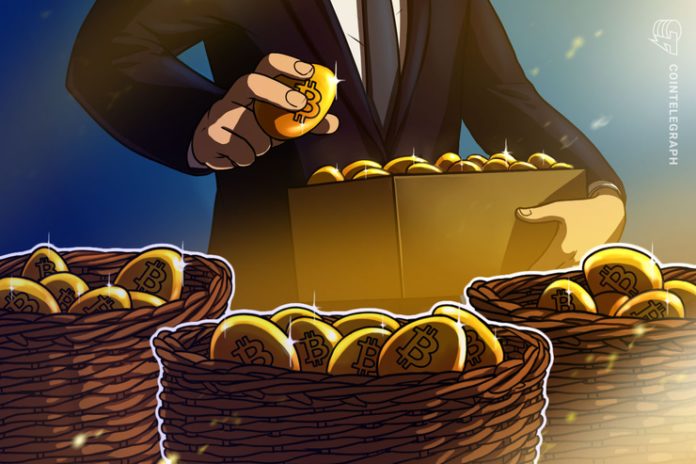 Australian crypto firm DigitalX Ltd. is launching a Bitcoin (BTC) fund, seeded with roughly $1.9 million of its own holdings in cryptocurrency.

According to a news release published on Nov. 13, the new fund is offered through an unlisted fund structure to enable investors like family offices and high net worth individuals to gain exposure to the coin via a familiar vehicle.

DigitalX has reportedly been involved in the Bitcoin space since 2014, beginning with mining before evolving to offer trading and other services to the wider blockchain sector.

The announcement indicates that the firm has held Bitcoin since 2013 and currently holds 431 BTC — worth roughly $3.8 million as of press time.

To establish the fund, DigitalX is seeding 215 BTC — reportedly worth close to $1.9 million at the time of its valuation — meaning that it is “effectively swapping its interest in those bitcoin for an equivalent interest in the fund,” in DigitalX’s words.

This will help the offering to achieve critical mass and allow DigitalX to profit from accrued fees receivable from the fund, the news release notes.

From Nov. 25 onwards, company representatives will be touring Sydney, Melbourne and Perth to meet qualifying potential investors and promote the product.

Fund structure and prior controversies

In accordance with Australia’s wholesale unit trust structure, DigitalX says it will be providing institutional-grade custody standards and will secure client and company holdings in a high-security wallet system provided by Bitcoin custodian BitGo, which offers insurance on assets up to $100 million.

The firm will also use blockchain-based security to register and transfer units in the unit trust.

As reported, DigitalX Ltd. was served with an Originating Application and Statement of Claim in August 2018. The claim — which pertained to an ICO investment for which DigitalX served as an advisor — was filed by a group of clients in Australia’s Federal Court, for a combined total of around $1.8 million, plus damages.

At the time, DigitalX said it denied all claims of wrongdoing and said it would vigorously defend its reputation.

In May 2019, DigitalX entered into a settlement deed with the applicant, without any admission of liability, paying out a total of ~$275,000 in cash and $240,000 in company shares. It pledged to pursue contractual indemnities with third parties for partial recovery of the settlement funds.