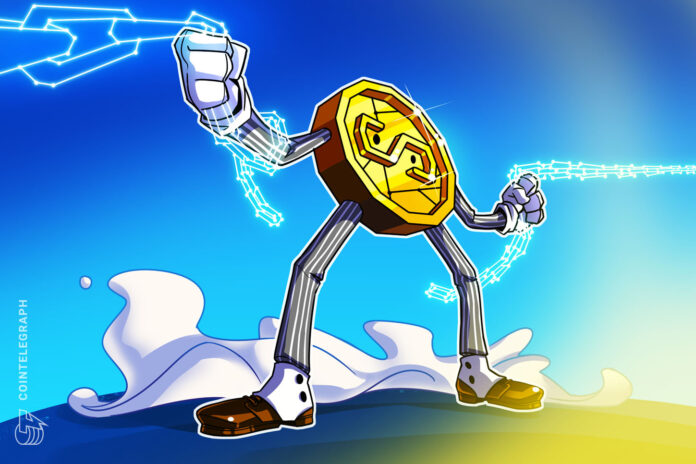 In the past year, three major financial oversight bodies have voiced concerns about threats to financial stability purported to be posed by stablecoins. While acknowledging the potential for enhanced payments efficiency, reports from the Bank for International Settlements, the United States Federal Reserve and, most recently, from the Financial Stability Board all emphasize numerous risks under the banner of “financial stability.” The concern is with global stablecoins, which the FSB defines as having “potential reach and adoption across multiple jurisdictions and the potential to achieve substantial volume.” The FSB report included a glossary of definitions for key terms, although none was provided for “financial stability.”

The meaning of financial stability

But what caused the global financial crisis in 2008? How can another be avoided? The outpouring of academic explanations following the crisis typically shared a common theme: greed, moral failure and excessive risk-taking within the financial services industry. Once popularized and generally accepted, this narrative drove a coordinated global policy response to the GFC: to identify and rein in “financial systemic risk.”

This risk has been defined in numerous ways. In 2011, Canada’s top court cited a definition provided by Toronto-based legal scholar Michael Trebilcock:

“Risks that occasion a ‘domino effect’ whereby the risk of default by one market participant will impact the ability of others to fulfil their legal obligations, setting off a chain of negative economic consequences that pervade an entire financial system.”

A widely cited American legal scholar has defined the risk as follows:

“The potential for substantial volatility in asset prices, corporate liquidity, bankruptcies, and efficiency losses brought on by economic shocks.”

These descriptions vividly capture the adverse effects of financial systemic risk, but they share a common flaw: the reason for such “risks” or “economic shocks” is left wholly unaddressed. This treatment generally fails to appreciate that it is the sharp downward movements in asset prices, in and of themselves, which are the true economic shocks of systemic relevance. These shocks manifest in the form of margin calls. The “domino effect” referenced above is caused by an unwinding of leveraged positions, or an inability to orderly do so. Ultimately, systemic risk is the risk of sudden and sharp price declines in widely held assets. During the GFC, these assets were subprime mortgage-backed securities, other AAA-rated products and residential real estate.

What caused the price of these assets to decline so steeply during the GFC?

The answer lies within price discovery. This is the process by which interactions between buyers and sellers produce a market price. It involves “discovering” where supply and demand meet for a given asset at a given time. The GFC is best explained as the inevitable outcome of a prolonged breakdown of price discovery in markets for residential mortgage credit. When asked how his firm had managed to profit from the crash, hedge fund manager John Paulson explained to the U.S. Congress that he and his associates became very concerned about weak credit underwriting standards. The subprime securities were worthless, according to their analysis, yet were receiving AAA ratings.

Despite being the best-positioned to perform credit analysis, mortgage originators had strong financial incentives to turn a blind eye. Despite having the strongest financial incentives to conduct credit analysis, subprime investors were impossibly positioned to do so. The price discovery mechanism in this market was wholly inhibited by a blind and widespread reliance on AAA ratings. As the demand for high-yield subprime securities grew wildly out of touch from the creditworthiness of residential borrowers, a painful “re-discovery” of these assets’ prices became inevitable.

The antidote to financial systemic risk is to facilitate and maintain healthy price discovery mechanisms in markets for widely-held assets. This goal is furthered by the presence of sophisticated market participants: those who do not rely on ratings agencies to allocate capital. These entities play an outsized role in the price-discovery mechanism, but their job is not easy. They require a cost-efficient means to quickly shift and rebalance their capital across global markets. This is where stablecoins come in.

The real meaning of stablecoins

Each of the three oversight bodies’ reports described stablecoins as being attempts to address the high volatility of other crypto-assets, such as Bitcoin (BTC). But this characterization is misleading. Stablecoins were designed to address inefficiencies within traditional money and banking by imbuing highly mobile crypto assets with the essential economic properties of fiat money. Their origin has little to do with the volatility of Bitcoin. Rather than be in competition with Bitcoin, global stablecoins help to facilitate access to this novel, digital, scarce asset. If traditional money and banking were not so slow, expensive and exclusionary, stablecoins would not exist.

Global stablecoins may be on their way to becoming a widely-held asset, but their characteristics are not systemically threatening. Held for their utility in transacting rather than as an investment, these products have virtually nothing in common with the complex subprime securities implicated in the GFC. They do not meaningfully appreciate or depreciate from the value of the fiat currency (or gold) with which they were purchased, and to which they are pegged by the issuer. They represent, literally, a claim on assets, including money in a bank. Due to this utter simplicity, price discovery for global stablecoins is exceedingly robust.

Primary markets consist of verified customers who can be issued or may redeem tokens with the issuer at the pegged rate. In secondary markets, prices are governed strictly by supply and demand, but hover closely around the pegged rate due to the arbitrage activity of primary market participants. If prices meaningfully deviate in either direction, these verified entities can make a quick profit by exploiting the difference between primary and secondary markets. There are few products within the broader financial ecosystem for which the neoclassical ideal of market equilibrium is more perfectly realized.

The business is simple. Unlike many financial intermediaries, global stablecoin issuers do not rely on making risky bets to generate profits. Rather, they earn fees simply from administering their respective tokens while holding and profiting from the corresponding reserve assets received from primary market participants. Stablecoins are concerned merely with safeguarding these received assets.

We should be cautious to embrace the major efficiency gains offered by global stablecoins, the story goes, for reasons related to financial stability. The BIS, Federal Reserve and FSB reports each list numerous risks under this banner, but their analysis is mostly one-sided: No consideration is given to these products’ potential to enhance financial stability. Domestic policy makers should consider this potential. Global stablecoins provide sophisticated market participants with cost-efficient means to quickly shift and rebalance their capital across global markets. This reduced friction promotes active market participation and more healthy price discovery mechanisms, which are the best defence against financial systemic risk.

The stability of bank profits cannot be synonymous with global financial stability. For many millions of people around the world, cryptoassets are a welcome addition to the global financial system. Regardless of these oversight bodies’ concerns, the potential of global stablecoins and other crypto assets to enhance financial stability — and mobility — at the individual and household levels is of considerable social importance. Domestic policy makers should not overlook this.

Matthew Alexander is a compliance analyst at Tether, a token backed by actual assets, including the U.S. dollar, the euro and gold. Being anchored or “tethered” to real-world currency, Tether provides protection from the volatility of cryptocurrencies.