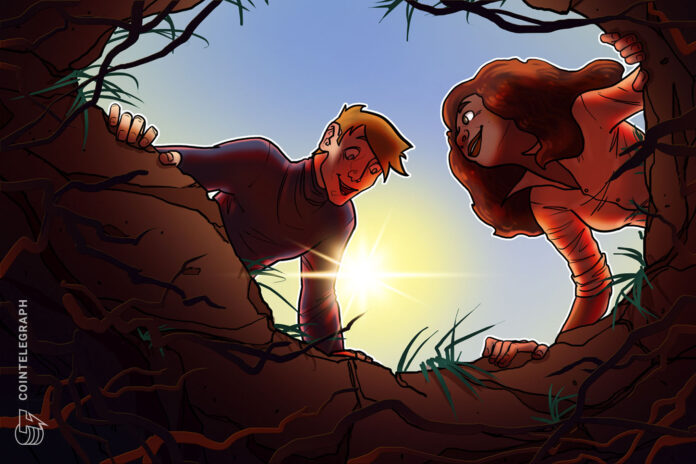 The price of Bitcoin (BTC) is consolidating below $9,200, which has acted as a key support level since late May. According to Cole Garner, if BTC breaks down to the $7,000s, it may be the last dip below $10,000 in the long-term.

“Technically we’re still in bull market territory. A break below the VWAP [the green level] is a juicy buy the dip opportunity. Could be the last BTFD below $10k. Ever.”

Why are traders generally pessimistic towards the short-term trend of Bitcoin?

As Cointelegraph previously reported, analysts are cautious about Bitcoin due to four major factors. Namely, increasing selling pressure from miners, uncertainty in the stock market, consolidation at a pivotal price point, and declining volatility.

Miners selling a large amount of Bitcoin is not new, however, because they have been selling most of what they mine daily since the halving on May 11.

But, the sell-off of miners coincides with other concerning factors such as the CME Bitcoin market being net short. It suggests professional traders are anticipating a temporary pullback in BTC.

“And CME commitment of traders shows institutions are massively net short BTC, and have been for many weeks. They’ve only been this net short once before: the last time BTC hovered around this same price.”

Currently, the Bitcoin options market is generally net neutral, while the CME futures market remains net short. When that is combined with the fact that miners sold 1,115 more BTC than they mined since June 19, the trend can become gloomy.

So why are analysts positive about the medium-term trend of BTC?

In the longer-term, Garner still anticipates a major bull market to materialize. On top of optimistic industry developments such as growing support from Fidelity and institutional adoption, a key macro indicator has lit up.

Additionally, hash ribbons, which evaluates potential phases of capitulation among miners in the cryptocurrency market, is signaling an uptrend. Miner capitulation typically marks a local bottom for Bitcoin because over-leveraged miners and investors are flushed out. Garner noted:

“We’re very close to a hash ribbons buy signal. A hash ribbons buy is one of the highest-alpha on-chain signals I track. They don’t happen often — and I expect this to be the last one for a long time.”

As fundamental factors strengthen and the mining industry eventually recovers from the halving and a two-year high difficulty adjustment, traders expect the price of Bitcoin to rebound with it.