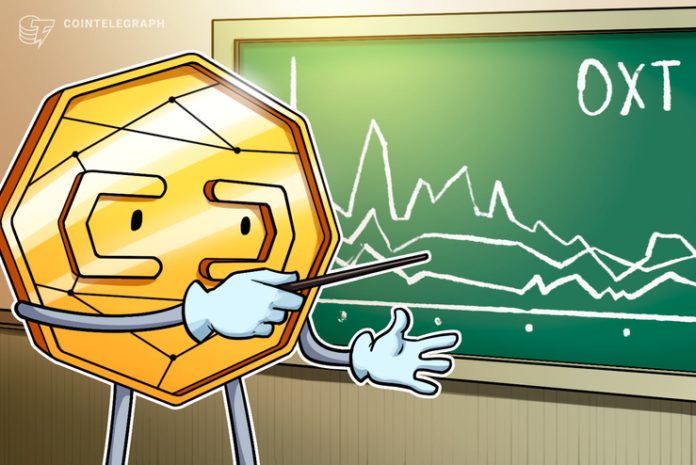 After a product launch and simultaneous Coinbase Pro token listing, Orchid Labs’ OXT token found itself down more than 20% in value by Dec. 18, as Cointelegraph detailed in a brief. Responding to the activity, Orchid’s CEO said the business has more of a long-term focus.

“It’s obviously my responsibility as a CEO to be concerned about all aspects of the company, and given that this is now being traded, that’s one of the variables that we look at,” Orchid CEO Steven Waterhouse told Cointelegraph in a Dec. 19 interview, adding:

“We are much more interested in the long-term performance of the company.”

Orchid Labs launched its token-fueled, peer-to-peer privacy-focused network product on Dec. 16, according to a blog post from the company. Meanwhile, major U.S. exchange Coinbase Pro announced a listing for Orchid Labs’ OXT token in a Dec. 12 announcement, which said that trading for the asset would begin on Dec. 16.

“We started this company two and a half years ago with this mission of developing a suite of tools that created a more private and open internet,” Waterhouse explained to Cointelegraph. “This narrative is not just privacy, it’s also censorship,” he added.

“Our real focus here is on the utility of the network, and OXT, our new digital currency, being widely available,” Waterhouse said. “On Monday [Dec. 16], Coinbase picked up OXT and listed it on the Pro side of it [the exchange],” he added, also noting two additional listings occurring two days later.

Coinbase added the OXT asset to its mainstream app and website Coinbase.com. The firm also announced the asset’s eventual addition to the Coinbase Earn program, allowing new users to learn about the product while receiving free OXT, according to a Dec. 18 blog post.

Reviewing this past week’s activity, Waterhouse noted a significant amount of interest in the Orchid app and its network. “We went from a small number on Monday to a large number yesterday [Dec. 18],” the CEO said, adding

“If indeed people are interested in getting access to OXT, which it appears like they are, then we should expect the kind of performance that has been seen in the last week.”

Orchid is not the only asset that has seen turbulence in terms of price action over the past several days. Crypto’s top asset Bitcoin has moved more than $800 in price over the last few days, as Cointelegraph reported.