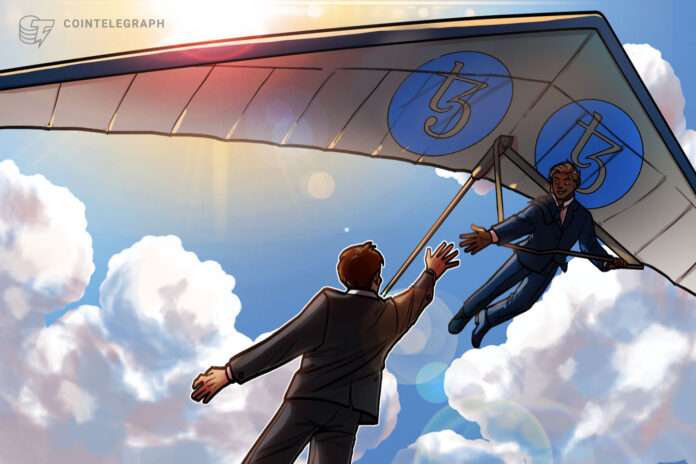 The Tezos (XTZ) class-action lawsuit from law firm Block & Leviton will likely conclude in a $25-million settlement on August 27. Tezos, like many initial coin offerings (ICO) from 2017, has come under scrutiny from both investors and regulators alike alleging that its token sale constituted an illegal offering of securities.

Indeed, the U.S. Securities and Exchange Commission (SEC) has come down hard on numerous 2017-era ICOs demanding penalties for securities violation. Even distributions to non-U.S. citizens have also come under the SEC’s radar, as was the case with Telegram.

The SEC has consistently maintained that most ICOs are indeed unlicensed securities offerings despite pushback from stakeholders in the country to exempt a wider range of tokens from securities regulation. With more jurisdictions paying greater attention to crypto-based fundraising, the ICO model appears to be a thing of the past with more focus on regulated token sales.

One settlement to rule them all

In late October 2017, Block & Leviton revealed that it was opening an investigation into the Tezos ICO for securities fraud. By mid-December of 2017, the Boston-based law firm, which specializes in securities cases, sued the principal actors in the Tezos ICO.

By the time Block & Leviton initiated its own legal proceedings, the Tezos Foundation and Dynamic Ledger Solutions — the company created by Tezos co-founder Arthur Breitman — was already the subject of two other lawsuits. In November 2017, cases against Tezos were also filed in Federal District courts in California and Florida respectively.

The suit also came amid a power struggle within the project itself. This internal wrangling even affected the release of the XTZ tokens to investors who participated in the $232 million ICO back in July 2017.

In early 2018, the SEC refused a request for information by the plaintiffs in the Florida case. According to the SEC at the time, the release of such documents could impede any future enforcement activities. The U.S. securities regulator has so far not brought any charges against the principal actors in the Tezos ICO.

By August 2018, these lawsuits became consolidated into one case before the Northern District Court of California. As reported by Cointelegraph at the time, U.S. District Judge Richard Seeborg refused to grant the defendant’s motion to dismiss the case, paving the way for the matter to move forward.

With the court refusing to dismiss the case and the lawsuit dragging on for about two years, the Tezos Foundation announced its intention to seek a settlement in March 2020. At the time, the Foundation declared that a one-time settlement was preferable to the legal fees associated with a long-drawn-out court battle.

At the start of May, Cointelegraph reported that the court had granted preliminary approval for a $25-million settlement in the Tezos ICO class-action lawsuit. In an email to Cointelegraph, a spokesperson for the Tezos Foundation commented on the decision to settle the case, stating:

Block & Leviton has already notified Tezos ICO investors to submit claims to be eligible for a share of the settlement offer. Final arguments on the case will take place in August, at which time the court will determine if $25 million constitutes reasonable restitution for the plaintiffs and if legal fees are covered in the payment.

Despite moving to settle the lawsuit, the Tezos Foundation maintains that its 2017 ICO broke no laws, declaring:

“The Foundation does not believe that it did anything wrong, and it did not admit to any wrongdoing as part of the settlement.”

Cointelegraph also reached out to the legal representatives of both sides of the case but has received no comments as of the time of writing.

Aside from putting an end to the consolidated class-action lawsuits, the $25-million settlement could also prevent any future enforcement action by the SEC. Quentin Herbrecht, CEO of blockchain marketing platform Markchain, offered a similar argument in conversation with Cointelegraph.

“The plaintiffs such as the general belief think that Tezos agreed to settle this fine to prevent the SEC from re-characterizing their ICO as illegal securities offering, and this could have been a fatal blow to the project. I sincerely believe that if the agreement is accepted, it will be a lesser evil for the foundation and the Tezos team, which currently holds more than $635 million in various assets.”

For the Tezos Foundation, the conclusion of the case will give project developers a clearer path towards achieving their stated goals. A spokesperson for the foundation told Cointelegraph:

“The rapid growth of the ecosystem is clearly evident with rising interest to build on Tezos. Between BTG Pactual’s issuance of ReitBZ on the Tezos blockchain, the creation of tzBTC a 1:1 Bitcoin-backed token on the Tezos blockchain created by a group of Swiss crypto firms and a host of industry leading developer tools that have integrated Tezos, such as Truffle and Magic, we are seeing more and more use cases and implementations. We look forward to what the rest of 2020 has in store.”

SEC enforcement hammer and the demise of the ICO model

While the Tezos Foundation might escape the SEC, the commission has been going after ICOs, securing millions of dollars in penalties paid by errant projects. In one of the highlights of 2020, the SEC went head-to-head with Telegram, leading to discontinuation of its planned crypto operations after raising over $1.7 billion in a pre-sale back in 2018.

For Herbrecht who is also a consultant and project evaluator for the European Union’s Horizon 2020, the issue lies with projects failing to understand American securities regulation, adding:

“From my point of view, it was important for the SEC to look in the ICOs, in order to achieve regulation and prevent malicious players from taking advantage of less experienced investors […] We can clearly see that at the moment the SEC is at war with ICOs who have not registered their token as a security (and have its properties), with the example of Bitclave recently. It is therefore up to the project leader who wishes to raise funds in the U.S.A. to find out about these laws and obligations, to comply with them or to find a way for his tokens to be purely ‘utility’ and to be 100% sure of it at the risk of suffering the wrath of the SEC later on.”

The SEC’s ICO enforcement action has not spared celebrities like boxing champion Floyd Mayweather and music producer DJ Khaled, charging both with illegal endorsement activities. Both individuals did eventually see their parts in the matter dropped from the case.

However, there is some contention that the SEC’s enforcement action is not the same across the board. Critics of the commission say some projects are forced to pay hefty fines while others get away with only a slap on the wrist.

The lack of clarity over how securities law should be applied to ICO tokens is also affecting the American crypto trading scene. Trading platforms in the U.S., wary of running afoul of regulators, are often forced to geofence certain altcoin tokens or create a separate trading arena for their customers stateside.

Currently, Congress is considering bills like the Token Taxonomy Act and the Cryptocurrency Act of 2020. The former seeks to create a provision where altcoin tokens do not fall under securities regulation while also establishing a de minimis tax exemption for crypto gains under a specified threshold. The latter legislative piece aims among other things to divide digital assets into distinct categories as well as the Federal regulatory agencies that will have jurisdiction over each cadre.

The seemingly unrelenting actions of the SEC against ICOs has reportedly contributed to the decline of the fundraising method. With regulators across the world insisting on regulated token offerings, startups seem to be pivoting towards equity funding or creating security token offerings (STO). Back in March 2020, Cointelegraph reported that ICO fundraising plummeted 95% year-over-year in 2019.