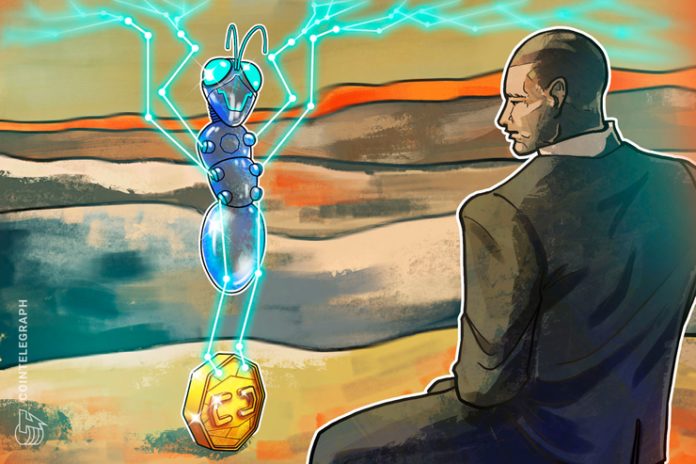 The fad is dying. A recent CB Insights report that was cited by Bloomberg announced a 60% decline in blockchain startup investments this year, down to $1.6 billion. But at the same time, large enterprises such as Microsoft, Walmart, IBM and Samsung have either deployed their own blockchains or joined partnerships to use the technology. Ironically, several banks, such as HSBC and JPMorgan Chase, have also developed their own blockchain arms — the same entities blockchain was supposed to replace. What happened? Why are public chains with the true spirit of decentralization fading away while early adversaries have turned into advocates of the technology?

Slow to adopt — but finally adopting

Governments and politicians were regularly called out for their failing to comprehend blockchain technology. Many initially ignored the crypto boom, which led to the scam-filled craze over initial coin offerings in 2017. Then, they started opposing, regulating and shutting down blockchain projects, which hurt the developing industry. But as time has passed, they are slowly embracing the technology in the right way.

One notable example is China, which had initially banned blockchain projects altogether. In late October 2019, President Xi Jinping took a U-turn by requiring China to make a “greater effort” toward blockchain development in order to gain an “edge over other major countries.” While cryptocurrencies were still banned, this showed that the tides were turning in favor of the still-nascent technology.

It’s worth noting that enterprises have their own versions of the blockchain: “private” or “enterprise” blockchains. These differ on several fronts from traditional, “public” blockchains.

Contrary to public blockchains such as Bitcoin or Ethereum, not just anyone can join a private blockchain. Each node is specifically selected by the enterprise, which might require Know Your Customer procedures in some cases.

For the same reason, “trust” is established much easier. As the nodes are already identified, there is a much lower risk of bad actors trying to corrupt the chain. Even if they try, they cannot do it anonymously.

This leads to scalability. Since fewer nodes are involved and a different consensus mechanism can be used, the transactions become much faster. Hyperledger can run up to 20,000 transactions per second, whereas Ethereum runs 15.

In private blockchains, there is no need for “rewards.” Typical blockchain projects must pay the nodes for the work they do and the energy they consume. There is no point in doing this in a private chain, as the motivation behind the project is different.

Similarly, private chains are easier to update. Public chains require consensus from a majority of the participating nodes — and if there is a disagreement, it can lead to a split, where a new blockchain is born. There are no such requirements in enterprise chains, which means the code can be updated much easier and faster.

For these reasons, it is much easier to launch a private chain. “In the near term, more projects will probably use private to learn the onboarding process and use that first, adopting public blockchains where appropriate or required,” said Nate D’Amico, the chief technology officer of the Nem Foundation, a provider of blockchain technology capable of taking the form of both a public chain and a private solution.

But public chains are favorable for different reasons: for when you need to connect individuals who have no information about each other but still need to collaborate and transact. That was why Bitcoin (BTC) was born — to enable peer-to-peer transactions without middlemen. This begs the question: Do we need enterprise blockchains at all? When we discard the primary characteristics of blockchain, why can’t we just use a distributed database?

The real use of blockchain

It turns out there are some actual advantages in using blockchain technology, even for enterprises. Among them are commercial concerns. Enterprises strictly control the nodes that join their network, but that does not mean they dictate how the system operates. Where several competitors need to collaborate, blockchain offers the ideal medium to cooperate in a trustless environment without giving too much power to one party. This may sometimes even be a political concern, such as when there is no central location to host the database that would be acceptable to all parties. Decentralization also prevents one side from overcharging for their middleman services.

Finally, there are security concerns. Blockchain comes with built-in redundancy, encryption, synchronization and tamper resistance. “Blockchain architecture is fundamentally designed differently in that openness, collaboration, and data interactions among many parties actually make the database technology more secure and reliable,” D’Amico said. Thus, blockchain offers one of the best methods to preserve data.

But this benefit also has certain drawbacks. “A grey area for both private and public ledger/blockchain adoption are regulations like GDPR and organizations that choose to persist Personally Identifiable Information and other related data on-chain,” D’Amico explained. “Depending on how the network is run, such as globally distributed network, you don’t control where copies of the data reside, and you don’t have any recourse to ‘the right to be forgotten’ as data is inherently immutable and cannot be removed from history.”

The middlemen are here to stay

Contrary to popular belief, it seems that blockchain is not going to replace central authorities. Rather, the trend suggests that semi-centralized, government-regulated versions will have the highest chance of survival. Startups are learning the hard way that they need to comply with governmental regulations — not because they are submitting to a higher authority, but simply because of public interest. At the end of the day, blockchain requires you to trust codes and algorithms over human counterparts, and some are not ready to do so. Trusting codes and algorithms may work great for simple cases, but edge cases need oracles and human authorities to dispute.

Still, blockchain’s ability to offer an immutable and tamper-proof ledger can help to prevent the authorities from misusing their power. Just like most other technologies, finding a human–computer balance is the best use of blockchain.

Paul McNeil is a tech analyst specializing in the political and moral perspectives of today’s innovative world. His articles have appeared on various websites, including the Huffington Post. Currently, he is focused on building the Post’s flagship product under his stealth-mode startup, Blue AI.